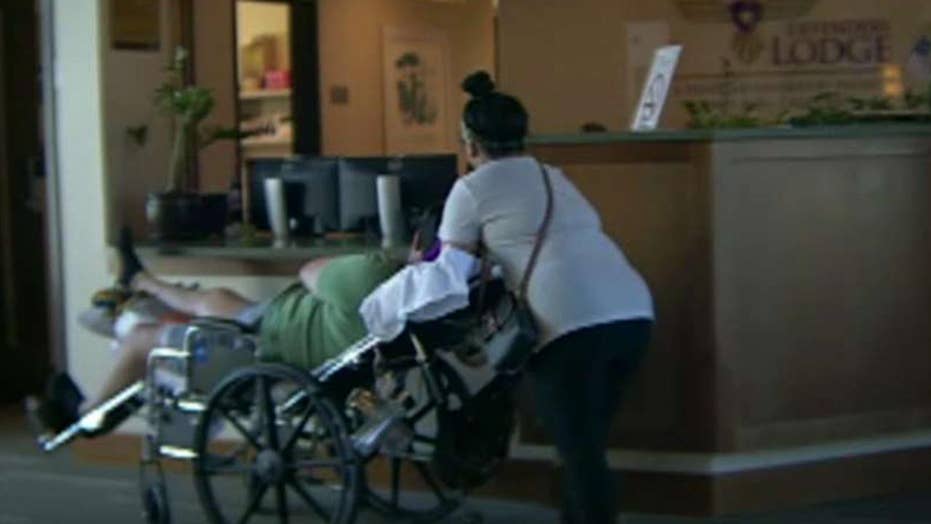 Veterans and their families have been provided over 115,000 free nights of lodging.

In major cities across the country, hotels can cost upwards of $300 per night. This is what some veterans are having to pay to receive life-saving treatment at VA hospitals. With over 20 million veterans currently living in the U.S., the issue is only getting worse.

Veterans who live far from the facilities that best treat their conditions have to pay out-of-pocket for hotels the night before they are admitted, or during long-term outpatient treatment, like chemotherapy.

The cost and availability of hotels are increasingly becoming a barrier to veterans’ receiving the care they need. As a result, many veterans are opting out of treatments or sleeping in their cars because they can’t afford the cost of lodging.

This was the case at the VA Palo Alto Medical Center in 2008, when former VA Palo Alto Health Care System Director and CEO Lisa Freeman reached out to the PenFed Foundation to find a solution. The Foundation embarked on a mission to raise $11 million from private donors, and in 2014, the Lee & Penny Anderson Defenders Lodge opened its doors on the campus of the Palo Alto VA hospital.

The Lee & Penny Anderson Defenders Lodge houses veterans and active-duty service members who live more than 50 miles from the Palo Alto VA Health Care System. With 52 guest rooms, a dining room, library and private outdoor spaces, the Lee & Penny Anderson Defenders Lodge provides an experience much like a four-star hotel – at no cost to veterans, their caregivers or families. Since 2014, the lodge has provided veterans and their supporters over 115,000 free nights of lodging and saved them over $34 million in lodging costs.

While the Lee & Penny Anderson Defenders Lodge is making an important impact, the problem persists at other VA facilities across the country. The Fisher House Foundation has been enormously helpful in providing lodging solutions for families, but Fisher Houses are mainly intended for caregivers and family members of veterans who are receiving inpatient care. While some VA hospitals have converted empty units into temporary lodging, and others have contracts with local hotels for discounted rates, most still don’t have affordable options for veterans who don’t live near the hospitals.

This is a problem our nation needs to address.

I am often asked by CEOs, board members and directors of major companies and foundations what they can do to help veterans. One of the ways to help is by taking some of the financial burden off their medical care. This means ensuring veterans have a comfortable – and affordable – place to stay before, during or after care. The Lee & Penny Anderson Defenders Lodge is a powerful example of how public and private entities can come together to fill this need. But it’s not enough.

The out-of-pocket expenses incurred by veteran outpatients are a problem that deserves attention. The Lee & Penny Anderson Defenders Lodge is one great solution. But our nation’s veterans need more. We should be looking at ways to combine VA resources with those of other private organizations to fund lodging for veteran outpatients and tackle other veterans’ issues. In many cases, the public and private sectors can have a greater impact working together than apart.

James Schenck is President & CEO of PenFed Credit Union and CEO of the PenFed Foundation.