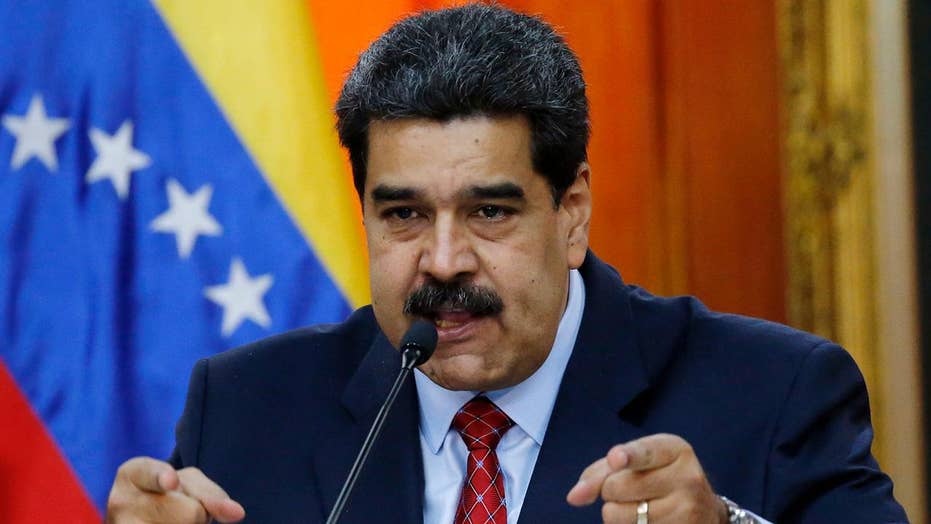 Venezuela is in chaos and has been since the merciless reign of President Hugo Chavez. Today, it is the only nation in the world with not one, but two, socialist presidents: Nicolas Maduro, who was reelected last May in a rigged election, and Juan Guaido, who was not actually elected but had himself sworn in last week.

The United States and many other nations have recognized Guaido as the legitimate president. Meanwhile Maduro is desperately trying to save his regime, and the military is trying to have it both ways by professing loyalty to Maduro but taking credit for Guaido’s “coup.”

This is chaos indeed. And that’s the good news.

DAVID WEBB: THE CATASTROPHE IN VENEZUELA

The bad news is that it might not make much difference for the people of Venezuela who comes out on top. Guaido's party, Popular Will, is a member of Socialist International, which describes itself as "the worldwide organization of social democratic, socialist and labour parties." Chances are Guaido won't do much to institute free market reforms to help the starving people of his nation.

A recent article by the Express in London really struck me. It reported that citizens of the befallen oil-rich country are now selling their hair in order to subsist. This is a nation that sits on over 300 billion barrels of oil, and yet people are bartering expensive personal possessions and body parts for food.

Last year, the IMF forecasted that the rate of inflation in Venezuela would reach ten million percent in 2019. This puts it in the company of perhaps the most famous hyperinflation in history – that of Germany’s Weimar Republic in 1923.

While the seeds of Venezuela’s destruction may have been sown prior to Hugo Chavez, it was under his despotic tenure beginning in 1999 that the move toward socialism took place. “I thought it was possible to put a human face on capitalism. But I was wrong,” he admitted in a 2010 interview with the BBC. “The only way to save the world is through socialism, but a socialism that exists within a democracy; there's no dictatorship here.” So Chavez became enlightened about the need for socialism.

Now, compare his words to those of America’s latest political rock star, Rep. Alexandria Ocasio-Cortez, D-N.Y.: “For me, democratic socialism is about - really, the value for me is that I believe that in a modern, moral and wealthy society, no person in America should be too poor to live.”

How can it possibly be that so many Americans are rallying to support Ocasio-Cortez, when all they need to do is look at Venezuela to see where she is leading them?

Ocasio-Cortez is not Chavez. But she shares his ideology and adherence to collective decision making. More to the point, she is also a kindred spirit of Maduro and Guaido. They all believe in the great myth that a few can direct the many into a land of peace and prosperity.

Nothing in socialist doctrine argues for the abuse of power, from Thomas More, to Karl Marx, to Chavez, to Ocasio-Cortez. Historically, however, it has been the case that socialist countries often end up violently suppressing their citizens. We see that happening in real time right now in Venezuela.

The case for socialism is always made based on an ideal and a promise. The ideal is that humans can lovingly coexist in a sharing and peaceful way. The promise is that this time, unlike failed attempts elsewhere, socialism will be implemented properly, and no citizen will suffer as a result.

But the same story always repeats itself. As government imposes the will of a few upon the many, the many begin to resist. Ultimately, it becomes necessary for the government to use force to make the people conform. As they imprison them or kill them, they tell them it’s for their own good.

How can it possibly be that so many Americans are rallying to support Ocasio-Cortez, when all they need to do is look at Venezuela to see where she is leading them? The answer must be that they believe that this time, under her and other new, young Democrats’ leadership, socialism will be done right. This time it will work.

They believe the ideal and they accept the promise because they ignore the reality – the inconvenient and incontrovertible truth of the inherent deadly nature of socialism. There is not a single reason to believe that if America follows the path laid out by Ocasio-Cortez and others, we won’t ultimately end in a Venezuelan-style wasteland.