Born and raised in a totalitarian state, I am intimately familiar with government spying on ordinary citizens. Recent revelations about possible actions surrounding government surveillance by the NSA took me back 30 years ago to a place that no longer exists, my birth country, the Union of Soviet Socialist Republics – the USSR.

In the course of daily life in the USSR, we assumed all our communications were monitored by the state. Back then, it was phone calls and snail mail.

Speaking in code over the phone was common for ordinary Russians in order not to get in trouble with government authorities. We even had a special phrase, "This is not a phone conversation," to end a discussion veering into dangerous territory.

Any criticisms of Soviet leaders, government control, or the socialist system could get you expelled from school or fired from work.

Coming from that background, I was stunned to learn that the same thing could be happening here in the United States. This anti-American act has turned on its head my perception of America. Raised behind the Iron Curtain, I always viewed America as the land of freedom and justice—the exact opposite of socialism, an oppressive system of poverty and total government control.

In America, out of all the benefits of capitalism, I always cherished freedom the most. Only someone who has experienced the absence of freedom can truly understand the meaning of the word. 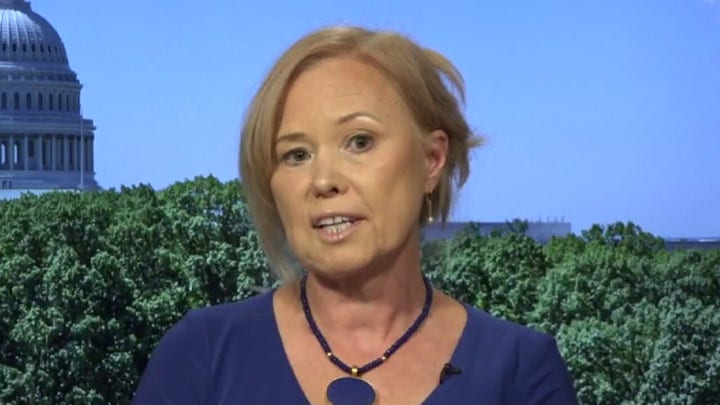 I remember, as a new immigrant, being shocked that Americans could visit another city and even decide to live there. You could even go to another country without needing permission.

Neighbors, classmates, and coworkers would not report me to the authorities for anything "wrong" I may have said.

I could talk on the phone with anyone at all without having to worry that the government was listening.

For 30 years, I soaked freedom in as much as I possibly could. I tried to teach my American-born children its meaning.

Recently, however, I’ve noticed disturbing developments. I find myself worrying about what I say and to whom I say it.

In America, there are now "correct" opinions, those of the ruling class and polite society—just like the nomenklatura’s party line in the USSR—and what are called in Russian "incorrect" (nekorrektnoye) opinions.

Americans with views contradicting liberals’ ideological orthodoxy get fired, "canceled" by activists, banned from speaking on college campuses, and deplatformed by "Big Brother" aka Big Tech."

The FBI’s recent tweet urging families to report their loved ones for signs of "violent extremism" and the Biden administration’s efforts to censor private speech on social media and phone texts through "fact-checking" are giving me flashbacks to the oppressive Soviet society I fled 30 years ago.

Incredibly, I find myself telling my children the same things my mother used to tell me: "Don’t believe everything you see on TV; don’t trust everything your teachers say; don’t talk to random people about your family’s views."

As free speech is increasingly under attack in today’s America, I hear more loud calls for socialism and government promises of free stuff.

I urge ordinary Americans to consider what they’ll be giving up in return.

Under socialism, everything was provided by the government free or nearly free. But the cruel joke was on the people: nothing was available.

We stood in line for hours to get basic staples. You got in line before you even knew what it was for because there was an indefinite shortage of everything.

You waited 10 to 15 years to get a telephone installed in a government-owned apartment or buy a car. We had no necessities, like sanitary products or toilet paper.

Socialism simply does not produce enough goods and services: Who would work harder for the same paltry, barely subsistence-level wage as everyone else?

We had a saying, "The government pretends to pay us, and we pretend to work."

Whatever the system was actually capable of producing was appropriated by the government. The nomenklatura had first dibs on everything. They shopped at different stores, got treated at different hospitals, could travel, and got cars, telephones, TVs, and other "amenities." The rest of us used torn-up copies of Pravda as toilet paper.

Beware when the ruling class promises things for free—whether education, health care, or anything else. In return, the government will control every aspect of your life—where you live, work, study, travel, or get medical care.

The double standard that Americans experienced during the COVID lockdowns reminded me of the USSR—politicians went to expensive restaurants, got haircuts, and traveled on luxury vacations, while the rest of us hunkered down, growing long hair and trying to pacifying our kids, who were bouncing off the walls during online "education."

Remember the shortages in the beginning of the pandemic of simple things: masks, hand sanitizer, paper towels? Remember how hard it was to get those? Imagine a future America where, compounding the problem, elites get their toilet paper first.

The COVID pandemic experience served as a sneak preview of the horror movie called socialism. If you don’t want your child’s teeth drilled without Novocain under "free" socialist medical care, as I experienced, please fight this dystopian idea as hard as you can today.

The NSA’s surveillance of President Trump’s campaign advisor, Carter Page—based on dishonest FBI applications to the Foreign Intelligence Surveillance Court—may very well be a harbinger of what’s to come.

Spying on citizens is a hallmark of totalitarianism. That the feds did this to Page and possibly others with impunity is a sign that government apparatchiks feel the era of total government control in America is approaching.

To prevent a USSR 2.0, we must act now to save freedom in America.