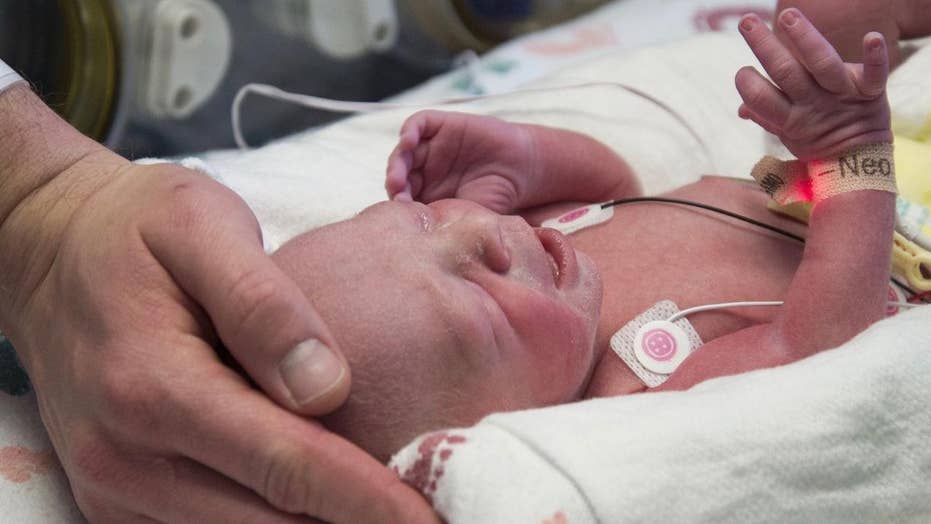 The biggest health stories of 2017

To the nation's opioid crisis to curing HIV in animals, here's a look back at the biggest health stories in 2017.

As director of the federal Centers for Disease Control and Prevention (CDC) from 2009 until the beginning of this year, I saw the world make progress against a number of diseases. But in 2018 we will be challenged to make additional progress in protecting public health on multiple fronts – particularly preventing heart attacks, strokes, drug overdoses and epidemics.

Here is an overview of what was achieved this year and what needs to be done in the year ahead.

In 2017 we saw broad recognition that – as we at CDC said back in 2011 – there is a terrible epidemic of opioid overdoses affecting families and communities throughout the United States. The risk is that the continued spread of illicit fentanyl and a lack of concerted action and funding will make it possible for the epidemic to continue.

Many countries improved their ability to track and respond to disease clusters before they become epidemics. However, additional funding for the CDC to partner with other countries to help them develop their ability to stop epidemics will end next year.

If Congress doesn’t provide funding, the U.S. will be forced to abandon these critical efforts, giving our microbial enemies an opening to attack. If in 2018 CDC is forced to retreat from the front lines, the chance that an epidemic like Ebola could happen again will increase.

Fewer than 20 cases of polio have been reported around the world so far in 2017.

However, conflicts in Nigeria, Pakistan and Afghanistan – and the need for universal excellence in program operations – may lead to a stalemate in the effort to eradicate polio and protect all children against this dreadful disease forever.

An additional 40 countries participated in the Joint External Evaluation (JEE) process in 2017, bringing the total to 67. The JEE is a report card for countries to assess how prepared they are to deal with an epidemic. It identifies gaps that need to be addressed.

Unless countries themselves, the World Bank and donor agencies rapidly fill the identified gaps, we will all remain at risk, and countries may lose interest in continuing to assess their status openly and transparently.

This work will be much more difficult if funding cuts force the U.S. to retreat from the field of epidemic prevention.

In 2018, Resolve to Save Lives – the nonprofit organization I now lead – will serve as a catalyst to help countries obtain the technical, operational and financial support they need to address gaps and implement lifesaving programs.

This work is part of our mission to save 100 million lives around the world by implementing proven solutions to prevent heart disease and stroke, the world’s leading causes of death. We are also helping the world prevent the next disease outbreak by catalyzing country action to find, stop and prevent new disease threats.

Around the world, just one in seven people has their blood pressure under control. The result is literally millions of preventable heart attacks, strokes and deaths, as well as increased medical costs.

Fortunately, the best medicines in the world for the treatment of high blood pressure are generic, safe, effective, once-daily and inexpensive.

This year the American Heart Association and the American College of Cardiology released new guidelines for treating high blood pressure in the U.S.

In our country, life expectancy decreased for the second year in a row – something that hasn’t happened since the 1960s. Opioid use drove this trend, but it was made possible by a stall in the decades-long decrease in cardiovascular deaths.

Better management of blood pressure and cholesterol, and continued decreases in smoking, will be essential to sustaining health progress in the United States. Access to medication and medical care globally will be a major focus of Resolve to Save Lives in 2018.

Global HEARTS is a new initiative from the World Health Organization and the CDC that helps countries scale up prevention and control of cardiovascular disease. This year saw the release of the first draft of the HEARTS technical package details, bringing the world closer than ever to having a playbook to stop the leading cause of death.

Countries now need to implement the HEARTS initiative, increasing the number of people treated for high blood pressure by literally hundreds of millions and reducing sodium intake for billions of people.

Resolve to Save Lives is working with countries around the world to help them achieve their goals of preventing heart attacks and strokes as part of non-communicable disease reduction initiatives.

In November the government of India and partners took an unprecedented first step toward controlling high blood pressure – a disease that affects more than 200 million adults in India. The India Hypertension Management Initiative gives patients and health-care providers the tools they need for better blood pressure management and control.

However, scaling up effective programs throughout India, particularly for patients cared for by the fragmented private sector, will be difficult.

This year further demonstrated the public health benefits of reducing artificial trans fat consumption. One study showed there was a significant decline in heart attacks and strokes among New York residents living in areas with trans fat restrictions.

This toxic chemical can be removed from food without altering taste, while drastically improving heart health.

However, only a few countries around the world have policies in place to restrict trans fats. This is something we at Resolve to Save Lives hope to change in 2018.

Resolve to Save Lives was launched this year as an initiative of the global health organization Vital Strategies. We have the tools to address the health issues discussed above and prevent millions of deaths. But unless urgent action is taken, millions of people will continue to die preventable deaths.

We hope that, five years from now, we’ll look back at 2017 as the year these critical public health issues began to improve – similar to improvements we’ve seen in recent decades in progress against HIV/AIDS, polio and smoking.