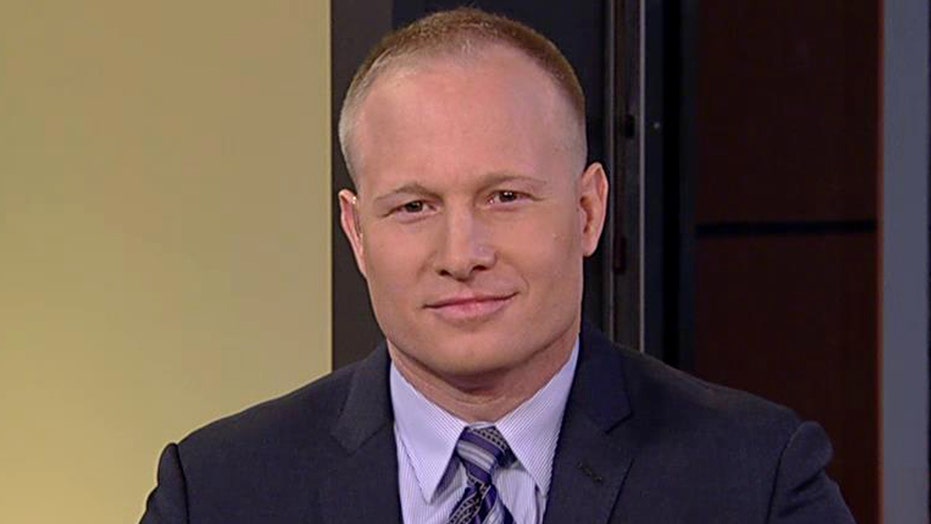 Leif Babin on what compelled him to be a Navy SEAL

The history of Veteran’s Day begins with the armistice that ended fighting between the Allied nations and Germany in the First World War. That cessation of hostilities went into effect on the eleventh hour of the eleventh day in the eleventh month of the year 1918.

It began in the U.S. as “Armistice Day” the following year to honor the military service and sacrifice of American troops in war on a scale the world had never before seen—“The War to End All Wars” as it was then known.

Of course, that name was to prove short lived.

In 1954, following the even greater conflict of World War II and then the Korean War, the day was re-designated “Veteran’s Day” during the Eisenhower administration as a day to honor American veterans of all wars.

While certainly important and extremely personal to us, Ramadi was but one battle in one war. We salute the U.S. military servicemen and women that proudly wore the uniform and answered our nation’s call on battlefields across the globe.

Since that time, the purpose of Veteran’s Day has been to recognize American servicemen and women for their patriotism, service and sacrifice on behalf of our great nation.

On this day in 2015, let us do so for all those who served in America’s fighting forces, in peacetime and in war.

We wish to pay special tribute to the outstanding U.S. military servicemen and women that we served alongside through multiple deployments to Iraq in support of Operation Iraqi Freedom. This includes the incredible SEAL operators with whom we served, but also the critical support personnel who often went unrecognized that enabled us to succeed: U.S. Navy intelligence specialists, “Sea Bee” combat engineers, Supply Corps personnel, communications specialists, and many others.

Most especially, it includes the courageous U.S. Soldiers, Marines, Sailors, and Airmen we fought alongside.

Unlike most modern movies and television programs that depict U.S. combat troops as robots, killers, or saints, the overwhelming majority of those we served with were none of those.

They were professional warriors who believed in the cause for which we were fighting—they knew we were the forces of good standing against an evil enemy.

They took pride in their service to America and wore the uniform as a patriotic duty.

In 2006, through what became know as "the Battle of Ramadi," our SEAL task unit fought alongside some of finest warriors that have ever served under the Stars and Stripes.

It includes the Marines of the 3rd Battalion, 8th Marine Regiment of the 2nd Marine Division who manned a string of fortifications, including the often viciously attacked Government Center, along the main supply route through the heart of Ramadi, and fearlessly fought back against the insurgent onslaught. It includes the U.S. Army national guardsmen of Alpha Company, 3rd Battalion 172nd Infantry Regiment (Mountain) who battled insurgents across the Ramadi suburb of Ta’meem and dodged massive IED blasts.

We served closely with the tankers and Soldiers of Task Force Bandit, the 1st Battalion of the storied 37th Armored Regiment, 1st Brigade, 1st Armored Division that pushed right into the most volatile areas of South-Central Ramadi and lived and worked out of permanent combat outposts under constant attack. They aggressively took the fight to the enemy and drove insurgents from these neighborhoods.

The Army combat engineers, from 16th, 46th, 54th,and 321st Engineers, which formed Team Rock, courageously braved the bullets, rockets, mortars and IEDs to build the combat outposts deep inside enemy territory often while under fire and always under constant threat.

As our SEALs patrolled into hostile territory to protect Soldiers and Marines through sniper overwatch, we did so accompanied by U.S. Marines of SALT 6 of the 5th Air Naval Gunfire Liaison Company (ANGLICO) under the command of 2nd ANGLICO who braved great risks on the ground beyond the forward line of friendly advance to deliver firepower from the skies overhead.

A boat squadron of U.S. Marine Corps Dam Security Unit 2, often inserted us on the river banks in dangerous territory with their Small Unit Riverine Craft, putting themselves at great risk to get us into and then out of harm’s way.

There are many other units too numerous to name that we served alongside that directly operated with or played a critical supporting role.

Thank you to all of them.  The individuals in each of these units exhibited professionalism, courage, sacrifice and perseverance through the toughest of challenges.

While certainly important and extremely personal to us, Ramadi was but one battle in one war.

We salute the U.S. military servicemen and women that proudly wore the uniform and answered our nation’s call on battlefields across the globe, from the deserts to the jungles to the mountains, from the depths of the seas to the skies above.

Our freedom is a gift you have bestowed upon us and we are forever grateful.

On this Veteran’s Day, let us honor your service, your courage, and your strength. We recognize that you represent the best of your generation.

Thank you for all you have done.

Leif Babin is a former Navy SEAL officer who served three tours in Iraq, earning a Silver Star, two Bronze Stars and a Purple Heart. He is the co-founder of Echelon Front LLC, a consulting firm specializing in leadership development, team building and crisis management.