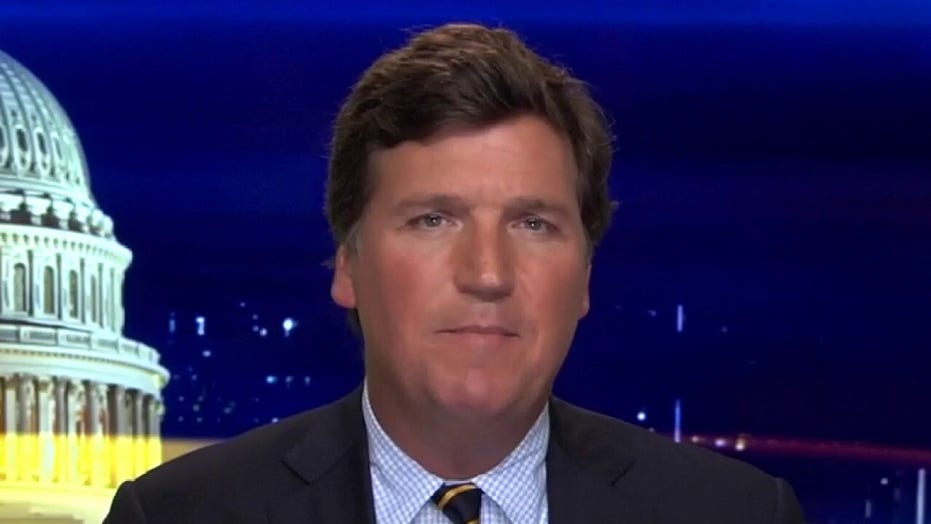 Tucker: Fairness is the most important American idea

Roger Stone case ought to horrify everyone.

America is a great country precisely to the extent that it's a fair country. Fairness is the most important American idea. It's the foundation of all others and equality before the law is the purest expression of it.

That's why the Roger Stone case ought to horrify anyone who has followed it. Left or right, Republican or Democrat, it doesn't matter.

Nine years in jail for lying -- that's what prosecutors have demanded that Roger Stone receive. How disproportionate is that sentence? Let's put it this way: James Clapper and John Brennan are both confirmed perjurers. They did it in public. They will never be prosecuted. At this moment, they're getting rich on television.

Meanwhile, for the crime of sending explicit sexual photos to a child, a serious felony, former Congressman Anthony Weiner got just 21 months, and he served less. Weiner was an admitted sex offender, but he was also a close personal friend of Bill and Hillary Clinton's. And in the end, that's what mattered most. See how this works?

Prosecutors want Roger Stone to serve nine years not because he hurt someone or hurt this country. He didn't. But because they hate him. As status liberals, they hate his politics. But above all, they hate his attitude.

Stone made fun of the ruling class. That's not allowed, and they never forgot it. They're trying to kill him for it. How unscrupulous are they in pursuit of that goal?

Well, prosecutors lied about what Stone did. They linked him to foreign election interference when he had no tie to that, and it had nothing to do with the charges against him -- not one thing. Then apparently, they deceived their superiors at the Department of Justice about it. Attorney General Bill Barr suggested as much in an interview Thursday:

William Barr, U.S. attorney general: I was under the impression that what was going to happen was very much, as I had suggested, which was deferring to the judge and then pointing at various factors and circumstances.On Monday night, when I first saw the news reports, I said, "Gee, the news is spinning this. This is not what we were going to do."

Barr: I was very surprised. And once I confirmed that that's actually what we filed, I said that night to my staff that we had to get ready because we had to do something in the morning to amend that and clarify what our position was.

Now, thanks to details we've just learned -- and you have to ask yourself why are we just learning them. But we know them, and they lead us to the conclusion that the charges and recommended sentence against Roger Stone weren't the only parts of the process that were distorted by tough politics grotesquely. The trial itself was, too.

During the jury selection process at Roger Stone's trial, lawyers asked the eventual foreman of the jury, if there was anything that would affect her ability to judge Stone fairly. No, she claimed. She hadn't paid much attention to the Russia probe.

That turned out to be a lie and a stupid one at that. That juror's Twitter account is public, and it turns out that she's an anti-Trump zealot who closely followed the Mueller investigation.

In one tweet, for example, she called Donald Trump "The Klan President." When Stone was taken into custody in a dawn raid by dozens of federal agents armed with automatic weapons and an airboat, she mocked the idea that the arrest was excessive. "Oh, it seems fine to me."

This is not a neutral person. This is not someone capable of judging this trial fairly. This is a partisan who lied about who she was. Roger Stone is facing life in prison because an Obama-appointed judge, Amy Berman Jackson, allowed this woman to run the jury.

And that's all fine with CNN, which has colluded with the Justice Department from day one on this, and which is rooting for Stone to die behind bars. But it should be deeply upsetting to anyone who cares about fairness — and that should be all of us.

Prosecutors want Roger Stone to serve nine years not because he hurt someone or hurt this country. He didn't. But because they hate him. As status liberals, they hate his politics. But above all, they hate his attitude.

But it's not. For example, Republicans in the Senate. You'd think they'd be outraged by all of this. And yet, it's perfectly obvious they could care less.

Sen. Tim Scott, R-S.C.: I'd rather not there be political interference in such cases, but I'd rather look at the details before I answer hypotheticals.

Manu Raju, CNN senior congressional correspondent: Senator, the president is not ruling out a pardon for Roger Stone. Do you think that would be a good idea if he went that route?

Scott: I think he deserves what he's got when they made the decision. I assume that he thought — contemplating it seriously at this point.

Raju: He might be and I mean, he didn't rule it out. And he's already been convicted on seven counts.

Reporter: The president also has not ruled out a pardon for Roger Stone. Would that be a good idea?

Sen. John Cornyn, R-Texas: Well, he hadn't said he would do it. So we will wait until that happens if that happens.

If you're a Republican voter -- and you may be -- these are the people you vote for to protect you and your country. You think they will?

Democrats, meanwhile, have whipped themselves into a frenzy of bloodlust. "Roger Stone must rot behind bars. If the president tries to save Roger Stone, we will impeach him again." 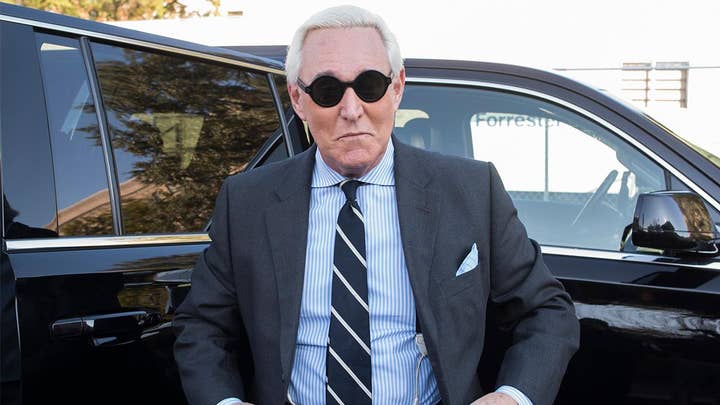 Jake Tapper, CNN host: Might you impeach him over this? Over Roger Stone and the sentencing?

Rep. Eric Swalwell, D-Calif.: You know, we're not going to take our options off the table. We don't wake up in the morning wanting to impeach him. You know, we want to work with him on prescription drugs, background checks and infrastructure.

Now, Eric Swalwell may be the slowest of the 435 House Members. He's certainly in the running. But even he can remember talking points.

So this is among their plans, another impeachment. Why would they do that? Why do Democrats care so much about punishing Roger Stone?

Here's why: Because if Roger Stone spends even a day in jail, they will point to him for the next 40 years as evidence that Russia collusion was real. That's what they really want. Let's hope the president doesn't let them have it.