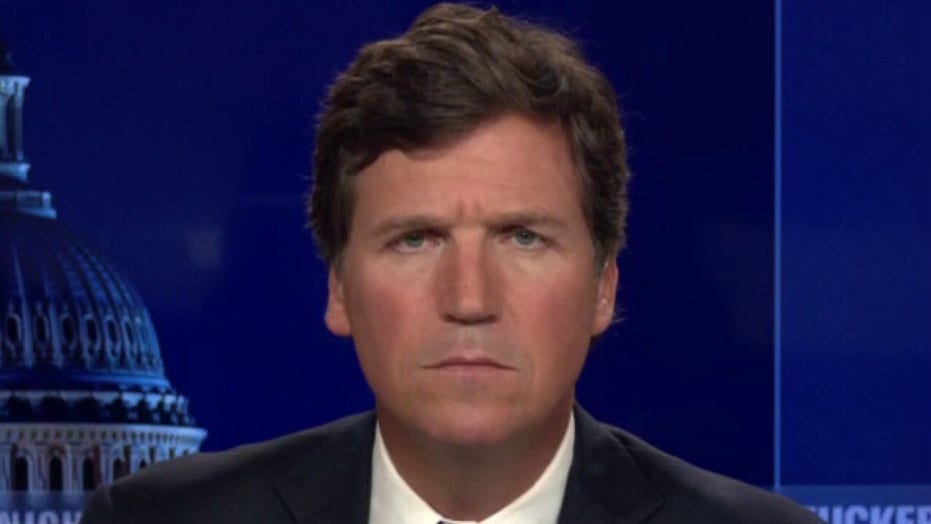 Tucker: Why did the White House shut down ongoing COVID origin investigation?

Joe Biden wants you to know that he’s suddenly, a year and a half in, developed a mild curiosity about where this pandemic came from. Turns out the virus probably didn’t originate in Omaha. More than that, Joe Biden can’t say. But he’s put some of his top sleuths on it — the super spies in the so-called "intelligence community" — and they’ve promised to report back at some point.

As of today, two-thirds of Joe Biden’s spies believe the virus jumped naturally to humans from an infected animal, as viruses often do as you peruse the pangolin aisle in your local wet market. The spies who believe that are the ones who’ve never spoken to a working virologist and don’t have internet access. But, the other third, Biden told us, "leans more towards" the theory that COVID escaped from the nearby government lab in Wuhan was conducting dangerous experiments on nearly-identical bat coronaviruses at the same time. That’s a minority of spies who believe that, but they’re open to the possibility. Who knows, really.

Either way, Biden explained, we’re going to get some answers, or at least more questions, possibly several months a from now. So rest assured, the White House is on it.  To be honest, we doubted that.  Just hours before Biden’s announcement, we learned that the White House had shut down a large, ongoing and legitimate federal investigation into the origins of the pandemic, an investigation that had been going on for months. It was being conducted by the State Department's Bureau of Arms Control, Verification and Compliance. That’s the bureau responsible for ensuring that countries like China aren't stockpiling deadly illegal bioweapons, such as, for example, obscure bat coronaviruses that have been manipulated in labs by military scientists to make them more transmissible in, say, New York City.

So, why did the White House shut down that investigation? At a hearing today, senior officials at the National Institutes of Health -- including Tony Fauci -- said they had no idea why the White House shut it down. They said they first heard about it on the news. That seemed odd, given that the NIH employs the nation's foremost experts on infectious diseases. And, of course, they’re closely linked to the story. In fact, it was NIH — your tax dollars actually, but funneled through NIH — that funded some of the grotesque and dangerous research at the now-infamous Wuhan Institute of Virology that may have caused the destruction of the west. Today, Senator John Kennedy of Louisiana asked all these questions.

SEN KENNEDY: Why did you guys and ladies spike the priors administration's investigation into the origins of the coronavirus and whether it could have come out of the Wuhan lab?

FAUCI: Sir we did not spike anything in the prior administration. I’m not sure what you mean by spike but we have no influence.

SEN KENNEDY: The State Department spiked the prior administration's study.

FAUCI: But that has nothing to do with the National Institutes of Health

SEN KENNEDY: So they didn’t consult with yall?

FAUCI: They did not.

SEN KENNEDY: Did they consult with you Dr. Collins?

DR COLLINS: I read about it in the press this morning.

SEN KENNEDY: They just spiked it without talking to their experts? (silence) You don’t want to answer that one do you?

So, we still don't know why the White House ended a months-long investigation into the central question of the moment. We also don’t know what that investigation found before it was closed. 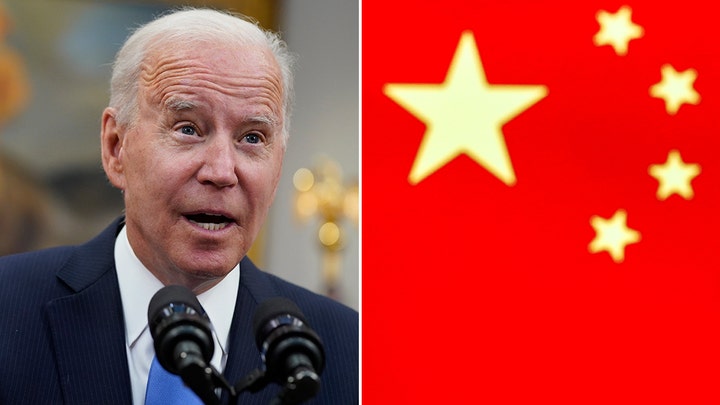 But we do have some ideas about that. A fact sheet released by the State Department in the closing days of the last administration, written by some of the same people who are doing the investigation the Biden administration shut down, told us that several researchers at the Wuhan Institute of Virology became seriously ill in the fall of 2019, "with symptoms consistent with both COVID-19 and common seasonal illness." Three of them went to the hospital.

That came out in January, the American media caught up this week, the Intel community confirmed it. In a statement to Fox News today, the State Department contractor that led the State Department's now-defunct probe, David Asher, reiterated that based on the probe's findings, "there is probable cause for deep suspicion" that the virus escaped from a lab in Wuhan and the Chinese government lied about it.

So, why don’t we know more? Well, according to David Asher, powerful forces in the State Department didn't want to know more. They didn’t want to continue asking questions. They didn’t like the investigation. Whose side are they on you wonder? David Asher is clearly wondering the same thing.

"Some of our colleagues were deliberately playing down possible links to China's biological weapons program," he said. Why would they be doing that? Again, whose side are they on?

TUCKER CARLSON: FAUCI, THE WHO, AND MAINSTREAM MEDIA LIED ABOUT COVID ORIGINS FOR MORE THAN A YEAR

This was all very troubling to David Asher, who’s spent a lot of time looking into this, given that countries like China, "openly aim to incorporate synthetic biology into the future of warfare, apparently with our naive material and scientific assistance."

That’s a reference, of course, to the money that flowed from the U.S. government through NIH to the Wuhan lab to do research that may have been connected to this pandemic.

David Asher named Chris Ford, the former acting Under Secretary for Arms Control at the State Department, as someone who "didn’t want to delve into the potential of an accidental lab release, let alone one related to a possible classified Chinese military program in violation of [arms conventions]."

Now, why would an official in the U.S. government not want to know more about a foreign adversary violating international law and imperiling the lives of millions? That’s a great question.

Ford himself responded to Fox News, and he said he had "procedural and structural concerns" about the probe, including that he was kept out of the loop until December. But he emphasized, "The lab origin theory is very possible and China must be held to account ... There are all sorts of reasons to worry about possible lab origins, and it's critical to get to the bottom of this."

That’s Chris Ford’s position now. We hope it always has been. It should be the position of everyone in the U.S. government. Suddenly, it’s the position of the U.S. media. Virtually every news organization in the country has spent the past week frantically updating their lies about this story. They told you for more than a year it was a conspiracy theory, now they’re pretending they never said that. 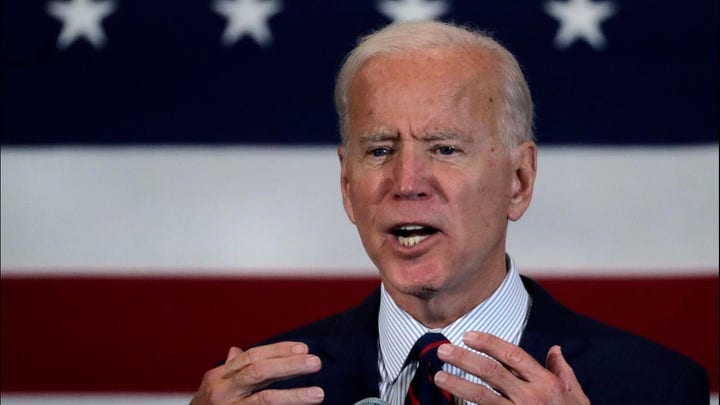 Even Tony Fauci has had to revise his views on this. He dismissed it out of hand. He and Francis Collins at the NIH called it ‘outrageous’ to ask questions about it. Now? A new Tony Fauci. He admitted he has no idea what kind of research was going on at the Wuhan Institute of Virology, but we should probably look into it.

SEN KENNEDY: How do you know they didn’t lie to you and use the money for gain-of-function research anyway?

FAUCI: Well we’ve seen the results of the experiments that were done and that were published. The viruses that they studied are on public databases now, so none of that was gain of function.

SEN KENNEDY: How do you know they didn’t do the research and didn’t put it on the website?

FAUCI: There's no way of guaranteeing that.

So Fauci, with a straight face, just said we can be certain that no U.S. tax dollars went to gain of function experiments because the Chinese didn’t write it on the internet. That’s how we know.

And when pressed just a little bit by one of the very few senators who’s not brain dead, Fauci admitted actually no, he has no idea what U.S. tax dollars went to at the Wuhan Institute of Virology.

Either way, this is a total revision of Fauci's position on the subject. Just a few days ago, he was incensed, he was outraged, morally appalled, at the suggestion that he had funded gain-of-function research in China. Now he admits it's totally possible.

But he's always known that it was totally possible. The grant that Tony Fauci approved for research at the Wuhan lab explicitly permits gain-of-function experiments. In 2014, Tony Fauci's NIAID approved a grant for a project called "Understanding the Risk of Bat Coronavirus Emergence." That project would be run by a group called the EcoHealth Alliance, run overseen by a man called Peter Daszak.

(Incidentally, that’s the Peter Daszak who spent the last year telling the world at high volume "there’s no chance this virus escaped from a lab" and then was appointed by the World Health Organization to investigate the origins of COVID and declared the Wuhan lab blameless. What a scam.)

The grant from Fauci's NIAID states that it will fund Peter Daszak to, "Test predictions of CoV [coronavirus] inter-species transmission. Predictive models of host range (i.e. emergence potential) will be tested experimentally using reverse genetics, pseudovirus and receptor binding assays, and virus infection experiments across a range of cell cultures from different species and humanized mice."

Oh. So actually, that’s quite a broad range. Run that by any scientist, and they will tell you a lot fits under that description. But specifically what did those "virus infection experiments" with bat coronaviruses consist of, exactly? We don’t know. We have some idea. Seems like the results are all around us.

This article is adapted from Tucker Carlson's opening commentary on the May 26, 2021, edition of "Tucker Carlson Tonight."