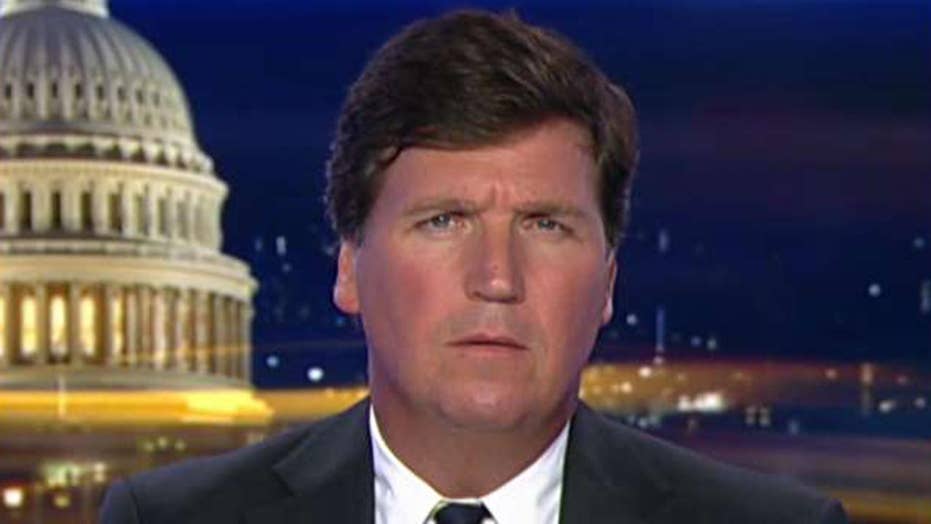 Tucker: Left wanted to impeach Trump before he was even elected

When you listen to Nancy Pelosi tell it, impeaching President Trump is really the last thing she ever wanted to do. In fact, she hadn't even considered it, really, until the day that the news of Trump' norm-shattering phone call with the president of Ukraine emerged into public view.

It was at that point that impeachment became entirely inevitable. As a patriotic American and a person of deep and sincere and passionate religious faith, Nancy Pelosi really had no choice at that point. The die was cast, she had to remove the president from office immediately.

So that's Nancy Pelosi story. We don't read minds on this show, so we can't really tell you if it's true or not. What we can say with absolute certainty -- provable certainty -- is that permanent Washington has been thinking about impeaching Donald Trump for an awfully long time. In fact, before he was even elected president, if you can imagine that, they were thinking about impeaching him.

Consider this. A woman called Evelyn Farkas was an Obama appointee at the Defense Department. She helped run the last administration's -- believe it or not -- Ukraine policy.

She was also an enthusiastic booster of the Hillary Clinton for president campaign in 2016. So, two weeks before the last election, Farkas appeared at a panel discussion which, thankfully for us, was videotaped. Someone asked Farkas who she thought would win the election:

"We do have a strong system of checks and balances," she said. "And actually, if Donald Trump were elected, I believe he'd be impeached pretty quickly or somebody else would have to take over government, and I'm not even joking."

If Trump were ever to get elected -- and of course, that's likely not to happen, she said -- he would be impeached. Now, to be completely clear, we are not alleging that Evelyn Farkas was part of a conspiracy. Conspiracy suggests secrecy, and what Farkas and the rest of the national security state did was not secret. It was never hidden. They all but bragged about it.

But more than anything --and this is the key -- they couldn't control what Donald Trump said or did. Nobody can. And that was the unforgivable crime. So from day one, they planned to take him out.

This Ukraine nonsense is just the latest pretext for doing that. There have been a lot of them: Russia, Stormy Daniels -- fill in the blanks. It's like Mad Libs.

A story in the New York Times Wednesday morning reveals every bit as much that this is just yet another pretext. It turns out that House Intel Committee Chairman, Adam Schiff knew about the whistleblower complaint before it was even filed.

More than anything --and this is the key -- they couldn't control what Donald Trump said or did. Nobody can. And that was the unforgivable crime. So from day one, they planned to take him out.

In fact, he orchestrated this story in secret long before you or I or anyone else in the country heard about it. The so-called whistleblower contacted Schiff's office, which recommended a lawyer for him or her. Schiff later lied about that on television brazenly and openly. He claimed his office had never spoken to the CIA employee directly. 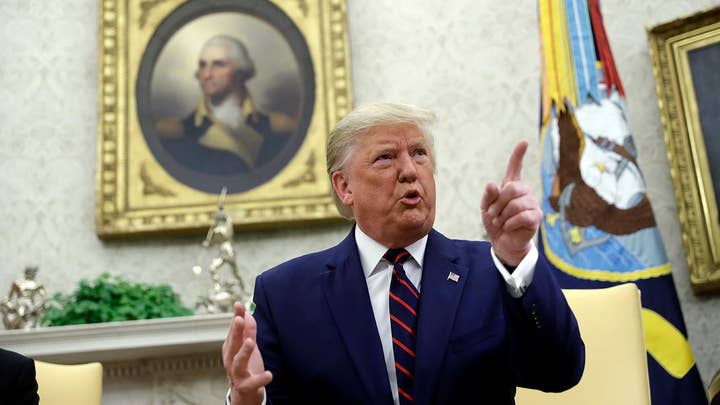 Schiff had to know admitting that would undermine the story, and hence impeachment himself. By the way, there are credible rumors that Adam Schiff himself planted Wednesday's bombshell New York Times story. He knew it would come out, and he wanted the most sympathetic possible coverage. That's the line and we can't confirm that.

But either way, the story Wednesday morning gravely damages the credibility of the claims Schiff and others are making. Not that anyone in Washington really cares. They've been waiting for this moment for three years, no matter what the story was on President Trump.