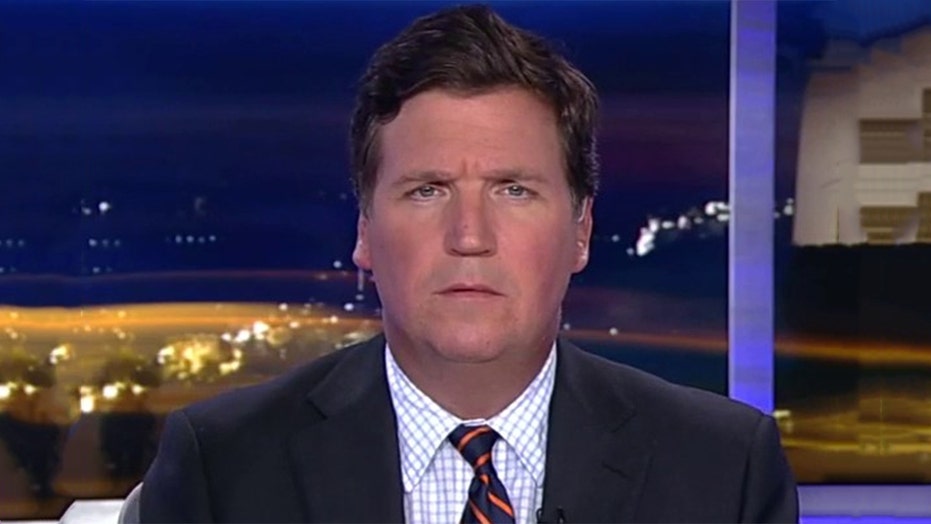 Why has President Trump's Senate impeachment trial been so boring? Well, because it doesn't mean anything. Rather than a debate over things that matter, you're watching purported adults yell at each other about whether a former vice president's ne'er-do-well, middle-aged son should interrupt his early retirement in L.A, and come talk to them.

Honestly, who cares? Whatever.

But for once, we do have a semi-interesting development. Apparently, some Democratic senators are now considering casting votes to acquit Donald Trump. New reports suggest that Senators Joe Manchin of West Virginia, Kyrsten Sinema of Arizona and Doug Jones of Alabama are undecided on the president's guilt.

Okay. That's a story. Undecided? How could they be undecided about this? It's not like it's a totally fraudulent exercise in partisan politics. No, not at all.

If you've been watching all week, you know this is nothing less than -- and we want to be totally clear about this -- a national security crisis.

Rep. Veronica Escobar, D-Texas: President Trump is a clear and present danger to our free and fair elections and our national security.

House Speaker Nancy Pelosi: The president is an ongoing threat to our national security.

What about the people who abet the underminers of American national security, who refuse to stop or punish or convict them? Are they guilty of treason, too?  ...  At the very least, they are collaborators. In fact, it might not be long before we're watching the impeachment trials of Joe Manchin, Doug Jones and Kyrsten Sinema.

Rep David Cicilline, D-R.I.: The President betrayed our national security and undermined the security of our elections.

Rep. Barbara Lee, D-Calif.: Donald Trump has been and remains a threat to our national security.

Rep. Steve Cohen, D-Tenn.: And compromised our national security so that he could keep power.

Did you hear that? Are you listening carefully? Are you taking notes? The president undermined American national security and he did it on purpose. You know what that is? It's treason, as they'll tell you on Twitter.

But here's a question: What about the people who abet the underminers of American national security, who refuse to stop or punish or convict them? Are they guilty of treason, too? Of course, they are. At the very least, they are collaborators. In fact, it might not be long before we're watching the impeachment trials of Joe Manchin, Doug Jones and Kyrsten Sinema.

Because ladies and gentlemen, let's not forget what is at stake here. It's not simply America that was betrayed by Donald Trump's notorious phone call. It was perhaps, far more importantly, the noble people of Ukraine -- "the Ukrainians," as we call them -- our most important allies in the global war against Putinism.

If we had not supported Ukraine in 2014, it would have weakened our allies and exposed U.S. troops stationed in Europe to greater danger.

We only deter Russia by consistently demonstrating support for our friends -- friends like Ukraine.

That is why it is so important to our security that we stand with Ukraine.

Countries like Ukraine are fighting our fight against authoritarianism, and God help us if it's not our fight, still.

Because even now, in this modern age that we dare to call civilized, there are dark forces lurking unseen in the shadows. Even now, forces, that if left to their own diabolical devices, might briefly delay the transfer of sophisticated weapons technology to the be-knighted people of that holy nation, Ukraine.

And that, as Cory Booker once explained with a totally straight face, would be treason.

Sen. Cory Cooker, D-N.J.: Yes, we're realizing that this president was withholding that aid, not for national security purposes, in fact, violating national security interests to pursue his own personal benefit. That is outrageous, and in my opinion, that is treasonous. 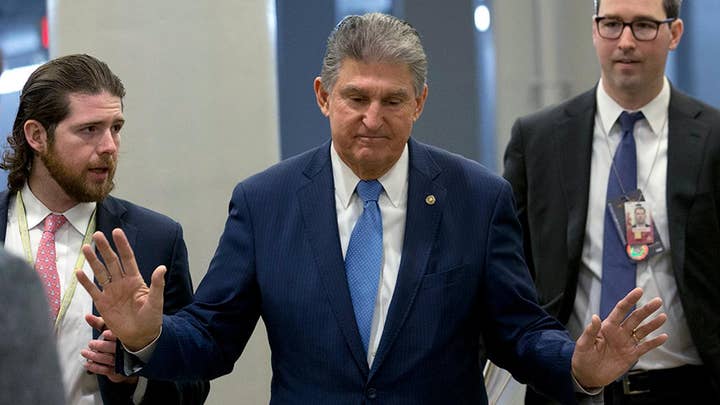 "Treasonous." So really the question at this point is, what do you do with treason? Do look away and pretend you don't see it? Do you let treason pass with a vote of acquittal?

Not unless you're a coward, a worm, a betrayer. Not unless, unlike every decent, red-blooded American, you don't really love Ukraine with the selfless love of a parent for a child. Not unless you're the kind of soul dead monster who would put the interest of your nation above those of Ukraine.

Did you know that Chicago, Illinois is the sister city of Kiev? Not a first cousin, mind you, no, no, no -- a sister. That's how close. Though physically distant, Ukraine is spiritually near, effectively the 51st state. When Ukraine sneezes, we as a nation say, "God bless you." When Ukrainian people stumble, we bruise. We are one, Ukraine and us, just as we have been for centuries upon centuries.

What Adam Schiff has joined together, let no man put asunder. So think about that, Joe Manchin and Kyrsten Sinema.