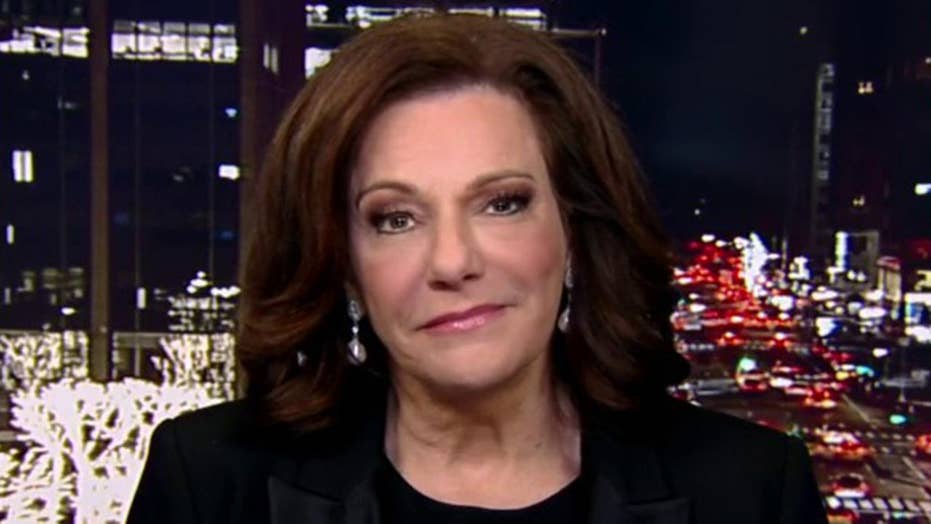 I’ve always believed sunlight is the best disinfectant. If the Senate insists on making President Trump’s impeachment trial an even bigger circus by calling additional witnesses, then let’s call all the witnesses.

Why? Because this is about much more than President Trump; this is about who runs the country – the American voters, or the Washington Establishment.

The Democrats, the Never-Trump Republicans, the anti-Trump media, the administrative state, the permanent bureaucracy and the special interest groups still haven’t gotten over the 2016 election. They are horrified at the prospect that American voters could reelect Trump in November.

CONWAY: TRUMP CRITICS REACT LIKE ‘ANTS ON A SUGAR CUBE’ TO EACH NEW DEVELOPMENT IN IMPEACHMENT TRIAL

So these groups are trying everything they can think of to stop Trump. They are raising questions regarding the Russia hoax, the investigation by Special Counsel Robert Mueller, Trump’s businesses, claims of women alleging affairs with Trump, his sometimes inappropriate behavior, character flaws, politically incorrect tweets, aid to Ukraine, telephone calls and Oval Office conversations.

In the Senate impeachment trial, Democrats realize they don’t have the votes to remove the president from office, but hope they can rough him up enough that his supporters won’t show up on Election Day to vote for him.

Instead of pretending that the impeachment of President Trump is a normal event in the course of the nation’s affairs, let’s take this opportunity and make it into a teachable moment. Let’s not just find out what Trump thought, said and did in the Oval Office. Let’s find out the lengths the Washington Establishment was willing to go to stop Trump.

I realize this will make the American government look dysfunctional, and will make a lot of officials and politicians look like craven charlatans. But if we really do want to drain the swamp, let’s drain it all and let the sunshine in.

Let the American people see how people in Congress make common cause with all the Trump haters in the media, the foreign policy establishment, the permanent bureaucracy, special interest groups and the intelligence community.

Let the American people see how Washington really works: how the intelligence community leaks selectively to the media to advance their mutual interests, how lawmakers and their staffs work with National Security Council staff members to undercut a president’s policies, how an official’s family and friends get rich by that connection, and how government officials do special favors for donors.

To that end, let’s hear from former National Security Adviser John Bolton about what Trump allegedly said to him in the Oval Office. I suspect Trump said plenty of inappropriate things. Let’s hear what Bolton thought was going through Trump’s head. It could be ugly. But words and thoughts are not illegal. Certain deeds are. It’s not what people say – it’s what they do that counts.

A key to understanding Trump is to watch what he does, not what he says or thinks. I have heard Trump say a lot of things in the Oval Office when sometimes he was just venting or blowing off steam. Other times he was speculating off the top of his head, or floating trial balloons.

Sometimes the president said outrageous things to get a reaction. Trump has opinions on just about everything and is eager to share them, regardless of who he insults. He revels in being politically incorrect.

The president even contradicts himself. One moment he trash-talks North Korean dictator Kim Jong Un over who has bigger missiles; a week later he brags that they’re sending each other love letters.

Many of Trump’s opponents are the opposite. Their words don’t match their deeds either, but it’s the other way around. They are careful never say offensive things in public. It’s what they do – especially what they do in private – that matters.

Let’s get them on the witness stand, too. Here are some questions I’d like to hear answers to:

What contact did the whistleblower have with staff members working for House Intelligence Committee Chairman Adam Schiff, D-Calif.?

Why did then-Vice President Joe Biden take his son Hunter on an official visit to China, just a few weeks before Hunter Biden got a huge contract from a Chinese quasi-government company?

Why was Hunter Biden put on the board of Ukrainian natural gas company Burisma while his father was in charge of the Obama administration’s Ukraine policy?

Why did Vice President Biden brag that he got a Ukrainian prosecutor who was allegedly investigating corruption by Burisma fired?

Why did foreign companies and countries with business before Hillary Clinton’s State Department donate generously to the Clinton Foundation?

Why did FBI Director James Comey, Deputy Director Andrew McCabe, and others base their investigation of the Trump campaign on a dodgy dossier that was paid for by the Clinton campaign?

What role did former CIA Director John Brennan and former Director of National Intelligence James Clapper play in trying to bring down the Trump presidency?

Some argue that if witnesses are called, the impeachment trial will go on and on and make this into even a bigger circus. They warn that legislation won’t be voted on, because Congress and the media will be preoccupied with impeachment.

The reality is that they are already preoccupied with partisan politics. Whether it is due to the impeachment trial or the November election doesn’t really matter.

Let’s take this opportunity to really drain the swamp. Maybe once the American people see how Washington actually works they will get so fed up with the corruption, the hypocrisy and the mendacity of the Washington Establishment that they will insist on change.

Then maybe the country can move on, once and for all. Then maybe we can get past the crippling partisan divisions that masquerade as responsible governance.