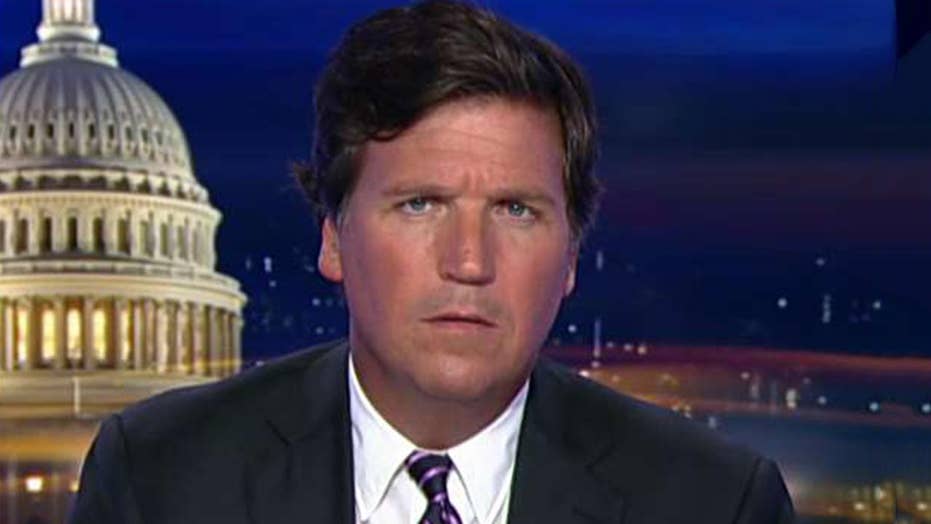 Tucker: You're not allowed to question NATO

They have got him, finally. Trapped like John Dillinger outside the Biograph Theater by the G-Men. Democrats announced  that they have finally obtained  proof -- concrete and irrefutable proof -- that President Trump is, in fact, a secret Russian agent.

"This president seems to be putting Russia's interests ahead of our own," CNN anchor Don Lemon said.

The evidence suggests, indeed, Trump is, has been a pawn of the Russians," Carl Bernstein, of Watergate fame, said.

Don Lemon – has it nailed.

As we told you Tuesday night - you could've seen this coming - the FBI has suspected this for some time. The bureau opened a criminal investigation into the president more than a year ago, on the grounds that no loyal American would fire a leader as impressive as FBI director James Comey. Putin must have ordered it. The Washington Post concurred with this. As one of the paper’s columnists noted, Trump has also “endorsed populism.” That’s right. Populism. It has the stink of Russia all over it. Smells like vodka and day-old herring.

So, people in Washington have had their suspicions for years. But now we know for certain. And we know because of a stunning New York Times piece on Tuesday. In it, current and former administration officials, speaking, of course, from behind the protective veil of anonymity -- because, honestly you don’t know what the KGB or whatever it’s called these days is capable of doing to people who tell the truth. But, nevertheless, they divulged that, on multiple occasions over the course of last year, President Trump privately floated the idea of pulling the United States out of NATO.

Let that sink in. Leaving NATO.

This is a huge story. Or it would have been huge in 1983 when the Soviet Union still existed, and it was still clear what the point of NATO was. NATO, you’ll remember, was created to keep the Soviets from invading Western Europe. NATO did a very good job at that, all the way until the day the Soviet Union collapsed, in the summer of 1991. That was almost 28 years ago.

Vladimir Putin runs Russia now. He does not plan to invade Western Europe. He can’t. So why do we still have NATO? Nobody really knows. In Washington you’re definitely not allowed to ask. And that’s a shame because it would be an interesting conversation.

Remaining in NATO comes with significant obligations. In the 1990s, our leaders decided it would be a wise idea to promise countries like Latvia and Estonia that we’d use nuclear weapons to protect them if they ever had a problem with Russia. Why did we do that? Well, who knows? The details are lost to history. The point is, we did that. Article 5 obligates the United States to protect any NATO ally that is threatened.

How do we feel about that now? Are you ready to launch a nuclear war over Latvia? What do you think of sending your kids to defend the territorial integrity of Estonia? Our foreign policy establishment thinks it’s well worth it. In fact, under the current rules of our membership in NATO, we would have no choice. You might not have known that. All of this might merit a national debate of some sort. At some point. When we’re ready. 28 years in.

But no. The left isn’t into national debates anymore. They’re into screaming, and threats and criminal investigations, and other forms of coercion. They like the way things are in this country. They’re benefitting hugely from the status quo, and they don’t like being challenged. They consider asking difficult questions a criminal act.

On Tuesday morning, in fact, Preet Bharara - he’s the most famous former federal prosecutor in America - explained this on Twitter: “If true, Trump should immediately and publicly state his apparent wish to withdraw from NATO, so he can be promptly impeached, convicted, and removed from office."

In other words, talking about leaving NATO isn't simply unwise, according to our leaders. It is an impeachable offense. Lots of famous and powerful people in Washington think this.

The left isn’t into national debates anymore. They’re into screaming, and threats and criminal investigations, and other forms of coercion. They like the way things are in this country. They’re benefitting hugely from the status quo, and they don’t like being challenged. They consider asking difficult questions a criminal act.

"I think that act would be so destructive to our country," said Rep. Jackie Speier, D-Calif, said in a cable news interview. "It would be a ground for some profound effort by our part, whether it's impeachment or the 25th Amendment. He can't do that to this country. And I don't believe that he can do it without Senate ratification."

Did you catch that? The 25th Amendment. In other words, according to a sitting member of Congress, someone who’s there right now, rethinking membership in NATO isn’t just treasonous and criminal - though obviously it is. It’s prima facie evidence of insanity. You’re not fit to govern if you say that. You probably shouldn’t drive a car, in the interests of public safety.

So, whatever happened to the Democratic Party? When did the anti-war people become florid neocons? When did it become the party of Bill Kristol and Max Boot and every other discredited hack still trying to replicate the Iraq disaster in nations around the world? Who knows when that happened? But that’s exactly what the Democratic Party is today.

Just Ask Tulsi Gabbard. Gabbard is a Democratic member of Congress; she’s now running for president. On most questions, she’s a conventional liberal. She represents Hawaii, after all. But on the question of Syria she’s skeptical.

Gabbard isn’t eager to overthrow the Assad government. Why? She worries about what might come next, and what might happen to the Christians and other religious minorities who live there. For saying that, for holding this position, she’s being denounced by the left as a monster. The Daily Beast tried to link her to David Duke. Literally. The dumb people on TV are mad, too.

"She went, in 2017, Gloria -- this is going to be another issue -- to visit with Bashar al Assad in Syria," said CNN's Brianna Keilar. "This trip has already come back to bite her. When she takes on President Trump over his coziness with dictators, people will say, 'Hello, you went to Syria to meet with a dictator.' ... She did apologize."

"She did, but how many apologies can you make for bad judgment?" columnist Gloria Borger responded. "She was criticized. Democrats continue to criticize her. She didn't do it with anybody's permission. And I think meeting with a brutal dictator like Assad, particularly given current affairs right now, particularly given a president who, as you point out, has been criticized for cozying up to dictators. I think she will not only be criticized within the Democratic Party, but I think it makes her a less effective candidate. She can't position herself against Trump about meeting with dictators when, in fact, she's done it herself. So, you know, I think she has -- she's going to have some problems." 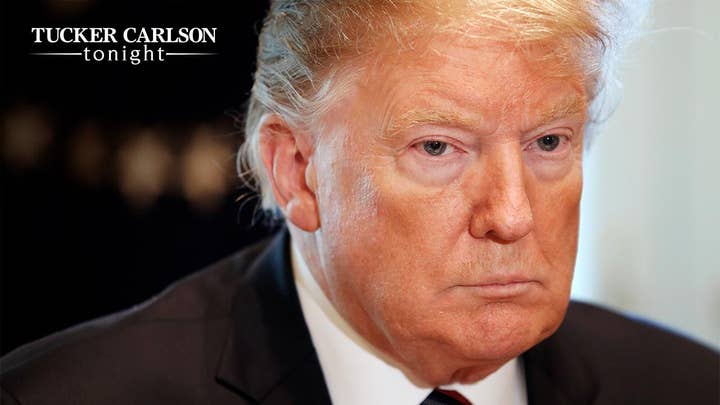 That’s the new standard in Washington, just so you know. Let’s be crystal clear about this: You are not allowed to meet with foreign dictators. It’s immoral. It might be treason. It could trigger the 25th Amendment.

But it’s not a huge deal to meet with the Chinese. Former California Governor Jerry Brown met with Xi just two years ago. He praised him as a leader in the fight against global climate change, even though China is by far the world’s biggest polluter.

But whatever. He may be a dictator, but he’s a progressive dictator. And the left isn’t against those; in fact, they’re for them. They’re role models, in case you haven’t figured it out.