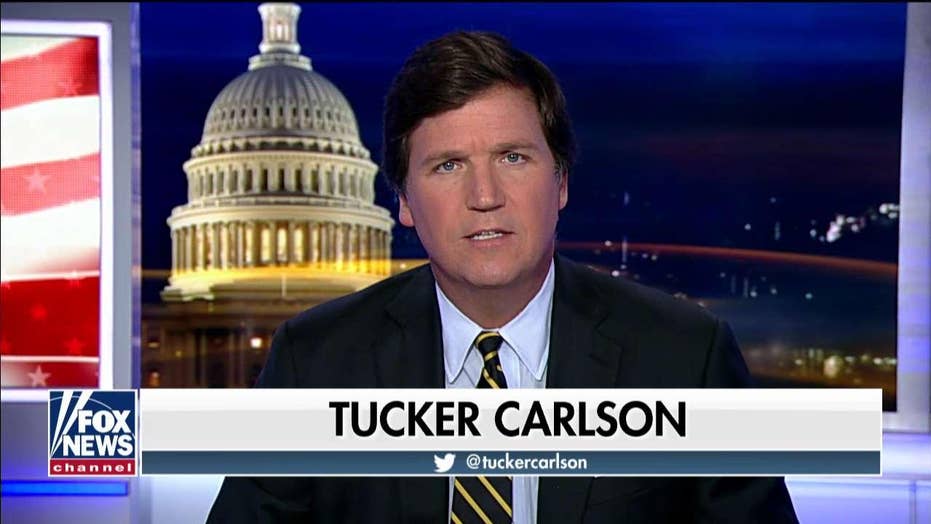 'This Is How Free Speech Dies': Tucker on the Use of Tragedy to 'Commit Moral Blackmail'

Over the weekend, Americans gathered around the country in churches and synagogues to pray for the 11 innocent people who were murdered in Pittsburgh on Saturday. They bowed their heads. They asked God for healing.

They thought hard about how to bring the country together, how to improve themselves, how to be kinder to the people around them.

That's the America that you grew up in, a decent place full of decent people trying to do the right thing. But there's another America, too. It's the America of cable news and social media, of CNN and Twitter.

This is how free speech dies, and free thought along with it.

In that America, political operatives rushed to the scene of human tragedy hoping to leverage it for political gain. They make snap judgments on the basis of incomplete evidence in order to implicate their political opponents in crimes they did not commit. They use fear and rage to accomplish what reasoned argument could never accomplish. They commit moral blackmail.

Typically, their aim is gun control. A crazy person committed an evil act, therefore you must be disarmed. But this time that's not their goal. This time, their goal is more comprehensive than that. They want to take charge of what you are allowed to say and think.

How are they trying to do that? By blaming you and your opinions for the crime. For example, journalist Julia Ioffe, made this comment after the alleged pipe bomber was arrested last week:

“This man was -- the flames of his hatred were fanned by a president who kept talking about this caravan of refugees, as if they were terrorists or as if they were coming to commit atrocious crimes in our country, which they're not.”

Even if you've never killed anyone, your views have inspired others to kill. You are implicated in this atrocity. You are a monster, just like the lunatic in Pittsburgh.

You must change your beliefs. Otherwise, you will be punished.

This is how free speech dies, and free thought along with it. The range of acceptable opinion narrows until it mimics the CNN script. Before long, everyone is nodding piously along in unison. There is no disagreement.

There is only conformity. We all just become obedient serfs chirping the party line. That's the goal.

After a century of defending free speech, the left is now its enemy. Just last week, the Southern Poverty Law Center issued a list of demands for tech companies. Anyone who disagrees with the SPLC, they explained, must be prevented from operating a website or raising money online or organizing events or publicly expressing their opinions. That's an order, says the SPLC.

Well, it goes without saying that the Southern Poverty Law Center has no moral standing to make any of those demands. None of the people making demands do. And yet, as always, the least virtuous are invariably the most self-righteous.

Here’s how former DNC Chairman, Howard Dean explains that American politics is no longer really about politics, which is to say about competing ideas of what might work and what doesn't work. Instead, politics is a spiritual battle between light and dark, between God and Satan himself:

“It's now become a struggle about good versus evil. And the president of the United States is evil.”

Evil. Now, that is not the language of American civic life. It never has been. That is the language of Holy War, evil. Well, evil people can't be reasoned with. They shouldn't be listened to. They must be crushed and destroyed.

Did Howard Dean really mean that? Well, we're going to assume, for the sake of this country, that he did not mean that, and none of the other people talking like Howard Dean right now mean it either.

We're hoping all of them have lost their senses temporarily and, at some point, they're going to wake up feeling chastened, and ashamed, and ready to rejoin the adult conversation in progress. That's our hope.

Every American has an absolute right to express his or her views, regardless of what Twitter thinks. It's our birthright. It's the most important freedom we have. We're not giving it up on this show.

On our set, you are always free to say what you believe, even if we disagree with you. Free expression does not cause extremism. It solves extremism.