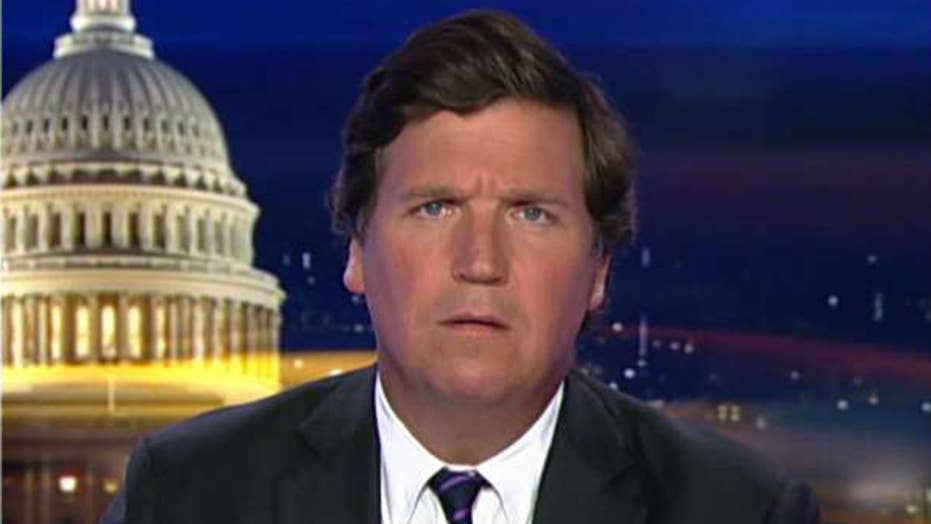 Mob threatens Mitch McConnell outside his home in wake of mass shootings.

"Gun control saves lives." That's what they're telling you day and night on CNN. In fact, they're having a town hall meeting on Wednesday to tell you some more.

Anyone who opposes gun control, they'll tell you by implication of - not directly - is a bad person, a callous, cruel, probably violent, person. Somebody who doesn't care about the safety of others.

Well, on Monday night, a group of progressive activists took that very message to Senate Majority Leader Mitch McConnell's home. "Stab him in the heart. Break his neck." That was one of the messages for Mitch McConnell. They're totally opposed to violence, and that's why they want to kill Mitch McConnell.

If you're confused, you haven't been paying much attention lately. Almost everything the left says these days is projection. In almost every single case, they accuse you of exactly what they're doing, and this week was no different.

In the wake of two horrifying mass shootings, they've been telling us President Trump is a hater. "He is using race to divide us!" they scream. "It's wrong."

Well, they are right about the second part. It's definitely wrong. They are using race to divide us. That's a core tenet of the left. Identity politics is the process of dividing people on the basis of immutable characteristics, factors they can't control. And that's what the Democratic Party is at this point. It's an identity politics party.

They promise some Americans reparations. They denounce others for their skin color. They call it "privilege." The entire country, they'll tell you, is fundamentally racist and therefore, evil.

Beto O'Rourke, 2020 presidential candidate: "This country was founded on white supremacy, and every single institution and structure that we have in our country still reflects the legacy of slavery and segregation in Jim Crow, and suppression, even in our democracy."

Sen. Cory Booker, D-N.J., 2020 presidential candidate: "We can't be blind to the impact of generations of racism and white supremacy that were written into our laws over centuries."

So they're buffoons. Yes, they are. They're dumb. Of course. Do they have no idea what they're really saying? Probably not. But that doesn't make the cumulative effect any less sinister or damaging.

What you're watching every day is a systematic effort by the left to undermine the institutions that hold this country together. Chief among those institutions in this and all societies throughout time, is law enforcement, our justice system. Over the past 25 years, that's been a success story. America's cops have radically reduced crime across this nation. They brought our cities back to life. If you don't know that, you're obviously under 40. Ask anybody who lived in New York City in 1991 what it was like. If that person is honest, you'll be grateful for what the cops did.

But now, on the basis of no evidence whatsoever, the left is telling us police are racist monsters.

Pete Buttigieg, mayor of South Bend, Ind., 2020 presidential candidate: "I have challenged our Police Department to recognize all of the ways in which the uniform has been burdened by racism."

Sen. Bernie Sanders, I-Vt., 2020 presidential candidate: "We're going to crack down on police brutality and primarily at people of color."

Sen. Kamala Harris, D-Calif., 2020 presidential candidate: "Training for police officers on implicit racial bias and procedural justice, because to deny it exists is to deny folks liberty and in many cases, life."

O'Rourke: "How do we continue to lose the lives of unarmed black men in the United States of America at the hands of white police officers? That is not justice."

Julian Castro, 2020 presidential candidate: "If you are young and black, you're treated differently because of the color of your skin. I don't believe that it's just a case of a few bad apples. I believe that the system is broken."

Imagine if you were a cop, or your dad was a cop or your son was, having to sit and watch that slander day after day, again, on the basis of no evidence. It's disgusting. Dividing us? Oh, yes, they're dividing us.

Or how about our thousands of ICE agents working to enforce laws that the Congress passed? The Congress passes the laws and then hires people. It doesn't pay them all that much to enforce their laws. Now Democrats are calling those people Nazis. Good people doing a thankless job that we need to have done only to have some pampered moron like Alexandria Ocasio-Cortez savage them for political reasons.

What you're watching every day is a systematic effort by the left to undermine the institutions that hold this country together. Chief among those institutions in this and all societies throughout time, is law enforcement, our justice system.

None of this is new by the way. Three years ago, you'll remember Hillary Clinton ran an entire presidential campaign on this premise, attacking the country itself and its people as immoral bigots.

Hillary Clinton: "You could put half of Trump supporters into what I call the basket of deplorables. Racist, sexist, homophobic, xenophobic, Islamophobic, -- you name it."

Why do you think he did that? You know the answer. How would you feel if you were one of those people? Would you feel safe? No, you wouldn't. That's fine with Congressman Castro, though. His point is really clear. You know exactly why he did that. If someone gets hurt, that's down his problem.

You can see where this is going. It wasn't that long ago that the Boston Globe ran an op-ed suggesting that restaurant workers poison the food of Trump supporters. And of course, Democrats like Cory Booker and Maxine Waters have been calling on people to harass and scream at people tied to the Trump administration. For years they've been saying that. 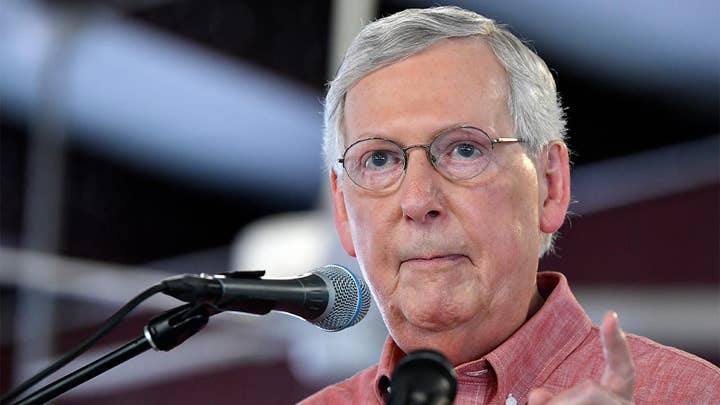 So yes, these people are buffoons, and it's our fault, sometimes. If we're being honest, including this show for highlighting what buffoons they are, because by doing that, we underplay how dangerous their rhetoric is.

The left demands total conformity. They don't believe in diversity in any sense. They'll use censorship and threats to keep people in line. And in the short term that may work. They're hoping it works until next November.

But over time, it's a big mistake. It's exactly how things fall apart.