Biden is presenting his failures as victories, Tucker Carlson said

In January of 2000, Bill Clinton gave his final State of the Union address to the Congress. Clinton used that speech to push for dropping trade barriers against the government of China. Here's the argument he made: Allowing China into the World Trade Organization, Clinton promised America that night, would "open China's markets to the United States" and "plainly advance the cause of peace in Asia and promote the cause of change in China."

In his last year in office, Clinton made expanding the Chinese economy one of his most urgent priorities. To do that, he appointed a lobbyist called Steve Ricchetti and put him in charge of the project. Fast forward to today, China has been a member of the World Trade Organization for 20 years. Steve Ricchetti has risen even higher in Democratic politics. He's now a top White House aide to Joe Biden.

As for China, it has indeed changed as Bill Clinton promised that it would. China is now the richest country in the world. Its police state is far more efficiently authoritarian even than it was under Chairman Mao. China is a much greater threat to the United States and to its neighbors. We’re as far from peace in Asia, as we have been since 1945.

The American manufacturing sector, meanwhile, is effectively gone. It evaporated, along with millions of middle-class jobs. Most of the objects you buy now are made in China.

Maybe you've seen the pictures of queues of cargo ships strung out in the Pacific trying to get into American ports to unload their containers. You will hear the scene described as part of something called the global supply chain, but that intentionally understates what it actually is. What you're looking at are America's supply lines. At this point, where effectively an outpost totally dependent on a faraway headquarters for the things we need to live. Here's what it looks like:

REPORTER: Why so many empty shelves? US ports are backed up.

REPORTER: Take a look at this. Cargo ships sitting in the sea waiting to pull into port. It’s causing major US retailers like Walmart, Home Depot and Costco to charter private cargo ships in a rush to fill shelves for the holiday season. On the roads, there’s a shortage of truck drivers

Suddenly, for the first time in generations, Americans are having trouble buying basic necessities, the things they need. A new poll by Rasmussen found that 62% of Americans said they have shortages in stores where they live. The things they can buy are suddenly much more expensive.

REPORTER: The Labor Department reporting Wednesday meats, poultry, fish and eggs increased a combined 10.5% since September 2020, but it's not just food prices skyrocketing, the consumer price index shows overall prices are up 5.4% from a year ago. More pain at the pumps The national gas price rose a dollar since last year, AAA showing the average price per gallon, up from $2.18 in 2020 to $3.29 this year. The Social Security Administration says inflation is why nearly 70 million Americans receiving Social Security benefits will see a nearly six percent increase in payments next year, the highest increase in four decades.

There are no signs that fundamentally any of this is going to improve any time soon. In fact, on Wednesday, the administration acknowledged that you're heating bills are likely to jump by more than 50% this winter. Those are the kind of things that people actually notice. It hurts when you get poorer and many people are getting poorer. 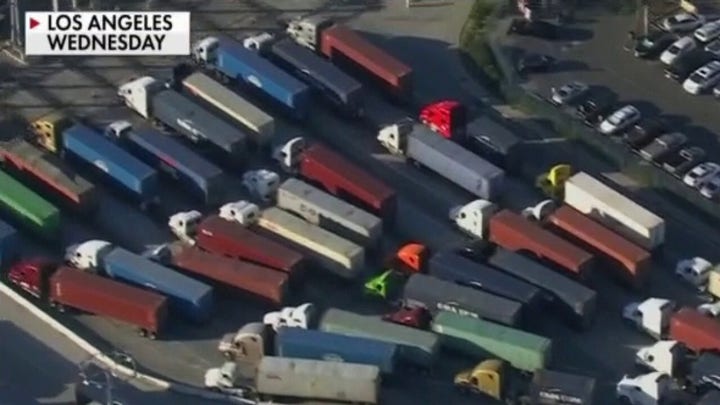 But strangely, the administration has refused to acknowledge this. If anything, they're celebrating it. Last night, a Harvard professor called Jason Furman, who was closely aligned with the Biden White House, sent this tweet: "Most of the economic problems we're facing inflation, supply chains, et cetera, are high class problems. We wouldn't have had them if the unemployment rate was still 10 percent."

In other words, you ought to be thrilled to have less money. It means we're winning. Ron Klain, who is Joe Biden's chief of staff at the White House, promptly endorsed that tweet. And that's delusional, or maybe it's intentional, you pretend your failures are victories, and some people will doubtless believe you. That seem to work in Afghanistan. Maybe it'll work here. That could be their thinking.

But it won't work here, because domestic economics is not like foreign policy. People notice when their own lives change, when you can't buy Christmas presents for your children or manage to keep your house warm in January. These are not symbolic problems. These are measurable declines in your family's standard of living, and they have consequences.

If economic decline continues, and it seems likely to continue. You will see a profound political reset in this country. And here's why: The only reason Americans have put up with the endless woke garbage that the left turns out by the gallon is because they can afford to put up with it. For generations, this has been a very rich country, and affluence covers a multitude of sins. People will tolerate a lot of things they disagree with, as long as gas is cheap in the Amazon, deliveries keep coming.

But when a society becomes poorer, people's attitudes change and they change fast. For one thing, they become much less patient when they're mistreated. You're firing me right before Christmas because I won't take your shot? No, I'm resisting that. You're telling me my son can't get a job because he's the wrong skin color? No, that's wrong, and I'm going to fight it, etc. etc.

Politics will look very different in a country with permanent shortages. And this may be an unpleasant surprise for the Democratic Party. The Progressive left's entire program is built on the presumption of endless, boundless affluence. Of course, we can afford that. We're rich. People like Nancy Pelosi and Sandy Cortez and Rashida Talib truly believe that, and they believe it as a matter of faith. They talk about economics, but they have no idea how the actual economy works. They don't know anything about the great American affluence machine. They've never really had jobs.

The one thing they know for certain dead certain is that every good thing must be free. It has to be. But that's not how life works. Certainly not in countries that don't hold the world's reserve currency. There's a reason they don't have drag queen story hour in Mexico. People in Michoacan are worried about tortilla prices and cartel shootings. They don't have time for that kind of nonsense.

We're about to become a lot more like Mexico. It turns out our economy was much more fragile than we thought it was. And if we'd known that earlier, we might not have elected an economic illiterate like Joe Biden as president. Here's Joe Biden explaining to CNN anchors that actually printing trillions of new dollars for wasteful government social programs will reduce inflation:

DON LEMON: It's pumping all of this money into the economy, couldn't that add to…

That was this June when he stood on stage, looked right into the camera and told us that when you make more money, when you print more U.S. dollars, the value of U.S. dollars goes up. And then you watch the CNN anchors nod like livestock, it made sense to them.

But of course, it's ludicrous. It's just about every sane person has acknowledged since inflation is rising because the government has devalued the US dollar by making too many US dollars. They’re like sand, now. They’re not worth much.

But still, the White House does not seem concerned. Pete Buttigieg has been on leave from his job since August after adopting a child – paternity leave they call it, trying to figure out how to breastfeed. No word on how that went. But now he's back in office as the transportation secretary, and he's deeply amused, he says, to see that dozens of container ships can't get into this country.

BRIANNA KEILAR: As we're looking at the supply chain issues, how bad are they going to get for Americans, and I'm talking specifically, you know, leading here into the December holidays, where people are relying on getting goods, on getting presents?

BUTTIGIEG: Well, they're -- I think there's always been two kinds of Christmas shoppers. There's the ones who have all their lists completed by Halloween and then there's people like me who show up at the mall on Christmas Eve. If you're in that latter bucket, obviously there's going to be more challenges.

Kind of a funny, little dorky dad story, I wait till the last minute to shop for Christmas. That's not the point Pete Buttigieg. The point is you're the transportation secretary and our transportation grid is broken and people can't get Christmas presents for their kids or food that they want to eat or things that they would like to buy. Our shelves are empty. Is that a problem? No, it's sort of amusing. 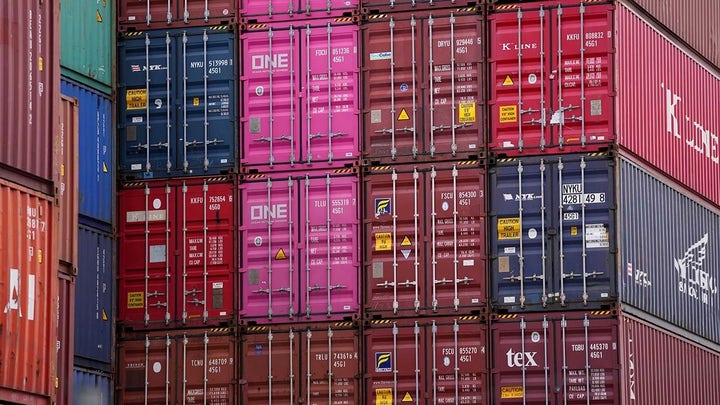 The deeper truth is that people can get consumer goods because we're too dependent on China because our leaders outsourced all of our production to a foreign country, and now they’re joking about it and they want you to believe that's a good thing. And because they want you so badly to believe it's a good thing, their allies in the media are repeating that message verbatim.

DON LEMON: So I talked to Kai Ryssdal last night who explained to me about the supply chain, yes, it is terrible. People want to get their things, but it's also an indicator that the economy is doing well. People want to buy things and that it's backed up. So let's look at the part that, hey, the economy's great people can buy things again. They're out and about. They want to buy gas. It's, you know, OK, fine.

DON LEMON: Well, it is. It is spin. I'm just trying to make people feel good.

We're not making the case for credentials or expertise. Just because someone teaches at Harvard doesn't mean he's wise or even smart. But when you open your segment on economics by saying, "I talked to a public radio host who does a show with the word economics in the title, and here's what I learned," you’re not trying very hard. Especially when his conclusion is inflation is a measure of our success. Be grateful you can no longer afford to eat meat, you're doing your part for climate change. Things you're going to change if this continues, you can believe that.

This article is adapted from Tucker Carlson's opening commentary on the October 14, 2021 edition of "Tucker Carlson Tonight."