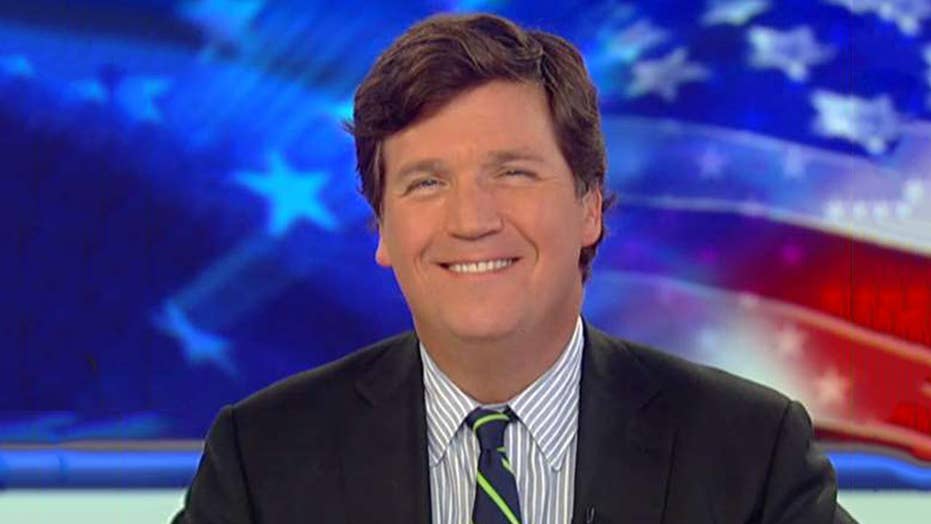 President Trump is going to be impeached. That’s the word we heard from the House Speaker Nancy Pelosi, who effectively confirmed it during a short address Thursday morning.

On the one hand, the news is really no surprise at all. Approximately 100 percent of MSNBC viewers have been demanding impeachment since well before Donald Trump was elected president. They’d be baffled and enraged if Democrats pulled back now. These are the people who believe Trump not only works directly for archvillain Vladimir Putin but also once had an extramarital affair, something the party of polyamory now claims to oppose.

If Pelosi wants to prevent these people, her party's deranged but faithful base, from staging an open rebellion, she has no choice but to continue with impeachment. And yet, there is a problem with that. As much as CNN President Jeff Zucker supports impeachment, normal people find the whole thing bizarre.

Even voters who don't like Donald Trump -- who didn't vote for him last time -- don't think he ought to be removed by Congress.

For starters, they don't understand what the crime is -- something about Ukraine and Hunter Biden. Sounds kind of shady. But is it worse than the opioid epidemic? More dispiriting than the endless war in Afghanistan? More pressing than health care costs, which are rising faster than wages?

Fill in the blank -- the issues that Congress could be handling if it weren't for impeachment. No, impeachment doesn't really rate on that list. And by the way, isn't there an election 11 months away? Why can we wait till then if we want to switch presidents? Isn't that how democracy works?

Those are some of the questions that Pelosi and her party will have to answer at some point, probably not too far from now. Impeachment will almost certainly turn out to be a political disaster for them. Donald Trump will benefit.

Pelosi seems to know this. She didn't get to be speaker because she's bad at politics, but she can't acknowledge it out loud. Pelosi is trapped by the lunatics to her left.

So, like the British Army during the retreat from Kabul, she puts a brave face on a doomed mission and fights on. Here was her explanation Thursday morning:

Nancy Pelosi, Speaker of the House: Let us begin where our Founders began in 1776: "When in the course of human events it becomes necessary for one people to dissolve the political bonds which have connected them with another." With those words, our founders courageously began our Declaration of Independence, from an oppressive monarch, for among other grievances, the king's refusal to follow rightfully passed laws. In the course of today's events, it becomes necessary for us to address, among other grievances, the president's failure to faithfully execute the law.

It's just mesmerizing on many levels. But what did it mean exactly?

Even voters who don't like Donald Trump -- who didn't vote for him last time -- don't think he ought to be removed by Congress.

Well, it was a metaphor. Trump is a slightly more orange version of King George III. Democrats are the patriots plotting to overthrow him with violence.

If that strikes you as alarming, Pelosi has a few words of comfort. A group of 18th-century slaveholders, she assures us, would have been completely in favor of what she's doing.

Pelosi: James Madison, the architect of the Constitution, warned that the president might betray his trust to foreign powers, which might prove fatal to the republic. Another Founder, Gouverneur Morris, feared that a president may be bribed by a greater interest to betray his trust. He emphasized that this magistrate is not the king. The people are the king.

So, James Madison has given Nancy Pelosi his personal seal of approval. Remember that the next time Pelosi's acolytes try to pull Madison's statue off its pedestal for crimes against progressive orthodoxy.

For a brief moment, the Founders of our country are useful to the left, so they're being presented as heroes. Enjoy it while it lasts.

Pelosi is trapped by the lunatics to her left. So, like the British Army during the retreat from Kabul, she puts a brave face on a doomed mission and fights on.

The framers, Pelosi tells us, worried that corrupt Americans might take money from foreign powers to do their bidding. And that, class, is why we need to impeach Donald Trump.Get it?

Wait a second. Trump didn't take money from Ukraine; Hunter Biden did. Trump just pointed that out. He was on James Madison side on that score, vigilantly policing bribery by a hostile foreign power. And for that, he must be removed from office.

That's the Democratic Party's position. And if you're not sold yet, if you sense there might be a few links missing from that logic chain, Nancy Pelosi has an answer for you. It's not so much an argument as it is a cliché bomb, a dense cluster of familiar phrases designed to convey the impression that important facts are being delivered and profound thinking is taking place.

It's like that lyric from the old Don McLean song, "American Pie: "Drove my Chevy to the levee, but the levee was dry." It doesn't actually mean anything, but it kind of moves you anyway. Listen to Nancy Pelosi's rendition of it.

Pelosi: "A republic, if we can keep it," said Benjamin Franklin. Our democracy is what is at stake. The president leaves us no choice but to act because he is trying to corrupt, once again, the election for his own benefit. The president has engaged in abuse of power, undermining our national security, and jeopardizing the integrity of our elections.

So maybe we're being too literal here, but what is she telling us?

Pelosi is telling us that in order to honor the spirit of Benjamin Franklin, we must suspend our democracy in order to preserve it.

Well, there was a time when America -- the left -- was sharp and clear-eyed enough to see irony in a line like that. "We've got to torch the village to save it!" Uh-huh. Sure, we do. Makes sense.

Liberals in 1975 would have laughed Pelosi off the stage. Democracy means, in fact, deciding things in elections, not star chambers. That was obvious then.

But somewhere along the way, the left lost interest in democracy, and then gave up on it completely. By the time Obama arrived, they were bragging about how they graduated beyond winning over voters with conventional arguments and promises. Going forward, shifting demographics was going to win elections for them now and forever. They gloated about that in public. They wrote triumphant books about it.

And then, out of nowhere, Donald Trump proved them wrong. He lept off the front page of the New York Post and beat them in a presidential election.

They didn't see that coming; nobody did. The shock was so profound it shattered them. They never recovered. 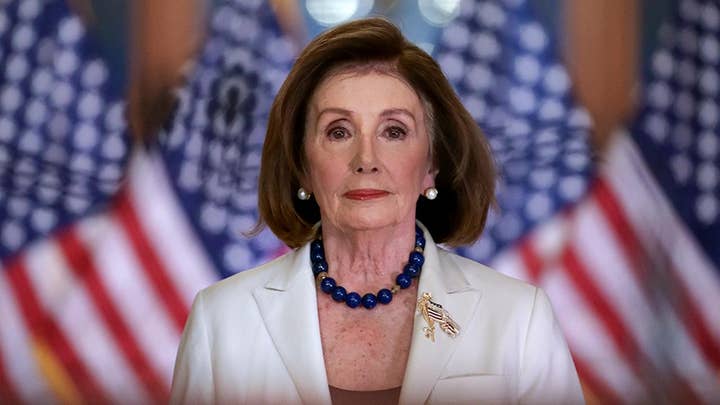 The left turned against the country that disappointed them and the system that made it possible. "Open the border, eliminate the electoral college, throw off the restraints, and erase the past. Whatever it takes to regain power, we are for. That can never happen again. It was too painful." That's what they resolved.

Like a reformed drunk, the Democratic Party got religion. Nancy Pelosi started talking, in fact, a lot about prayer.

Pelosi: Today, I am asking our chairman to proceed with articles of impeachment. I commend our committee chairs and our members for their somber approach to actions which I wish the president had not made necessary. In signing the Declaration of Independence, our founders involved a firm reliance on Divine Providence. Democrats, too, are prayerful.

Is anyone else enjoying this? Adam Schiff's "somber approach" -- that's what Nancy Pelosi would like you to recall for the past couple of weeks and appreciate the dignity that bug-eyed lunatic from Burbank brought to this process.

If you watched the impeachment proceedings, you will remember it really was like being in the room as Alexander Hamilton composed the Federalist Papers, a tribute to representative government.

Rep. Adam Schiff, D-Calif., chairman of the House Intelligence Committee: And I would just say to people watching here at home and around the world, in the words of my great colleague, "We are better than that." Adjourned.

It's just a tsunami of falseness that threatens to drown us all. Save that tape. When Donald Trump gets reelected, we'll have tangible evidence showing how exactly it happened.