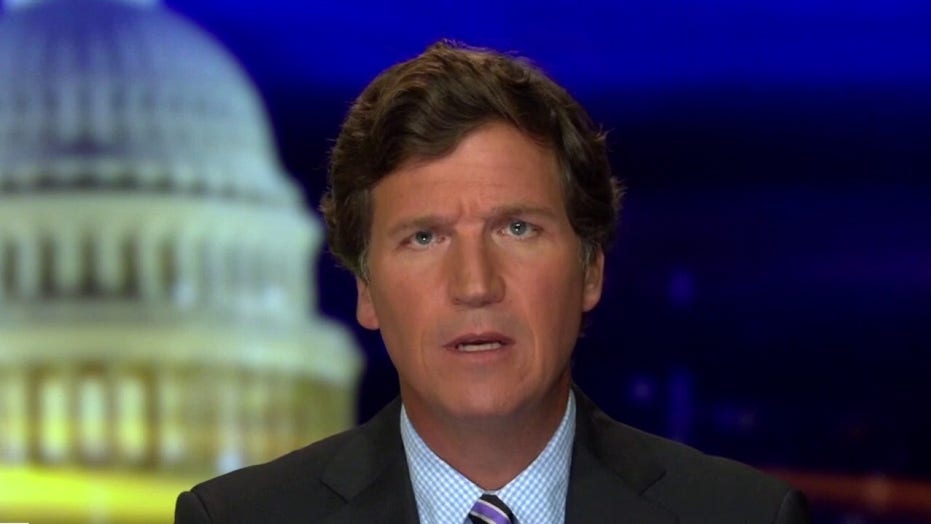 After a lifetime of serving the Democratic Party, Joe Biden has no fixed beliefs. He can't have any; the party has changed too much.

Joe Biden became a Democrat back when Democrats represented America's working-class wage earners, heavily Catholic and concentrated in the big cities and industrial states. Democratic voters of that era tended to be populist on economic matters --they liked Social Security and Medicare -- but they were basically conservative on social questions. They believed in biology, and most of them got married and went to church.

That's the world Joe Biden grew up in. His "Joe from Scranton, son of a coal miner" shtick is a relic from that era. He still whips it out occasionally at events, but only for nostalgic reasons. After all, 1962 seems like yesterday. But in fact, it was a long time ago. That Democratic Party has been extinct for decades.

The modern Democratic Party no longer represents wage earners. It is now funded almost exclusively by Silicon Valley and the finance establishment, the billionaire class. Its foot soldiers don't work in factories. They're community organizers. They're members of interest groups that have coalesced around a specific race or sex or sexual orientation.

LAWRENCE JONES ON BIDEN-HARRIS CNN SITDOWN: 'THIS IS WHY HE DOESN'T DO INTERVIEWS'

None of these groups exist for the benefit of the United States. They exist only for their own benefit. Their purpose is very clear: To leverage our political system in order to collect as much money and as much power as they can for their own members and for their members alone. This is called identity politics and it is the most divisive way possible to run a government.

So, of course, Joe Biden is on board with it. Biden went on CNN Thursday to give an interview we wish we'd seen before the election. In that interview, he explained how he's choosing the people who will run our country.

TUCKER: THE 'DIVERSITY' DELUSION AND THE DESTRUCTION OF THE AMERICAN MERITOCRACY

It sounds like the setup to the kind of joke you can't tell anymore. Jokes like that are considered insensitive because they reduce people to qualities they can't control. Not all people who look alike are alike. Stereotypes are bad, remember? In this country, appearance is not everything. In America, you are more than your ethnicity. Life here is not determined by your DNA.

That was the promise, anyway. And for a time, roughly from the end of the civil rights movement to the beginning of Barack Obama's first term, that seemed to be working fairly well. We all agreed to try to drop the stereotypes and try to judge people for what they do, not on how they were born.

But no longer. We've got new rules now, rules that in fact are very old rules. They stretch back to the antebellum South and the ancient caste systems of India. Of course, everyone in charge lies about this and calls it progress. The Washington Post, the personal mouthpiece of billionaire progressive Jeff Bezos, applauded Biden's hiring standards just this week.

"Joe Biden is building a team that looks like the people it serves," slobbered the newspaper. And in fact, there's some unintentional truth in that.

In the past three weeks, Joe Biden's transition team has brought on so-called "agency review teams" that do look a lot like the people Joe Biden intends to serve. Who's on those teams? Well, there's Tom Sullivan, who's the international tax director at Amazon. Clare Gallagher runs global partnerships and strategic planning for Airbnb. Brandon Belford is a senior director at Lyft, and there's Matt Olsen from Uber.

Other members come from the Bill and Melinda Gates Foundation and the Chan Zuckerberg Initiative. These are the people giving guidance to, among others, Joe Biden's new chief of staff, who himself led Silicon Valley's lobbying efforts for years.

So the billionaires have full representation and they may soon have a lot more. Joe Biden apparently intends to hire a man called Patrick Gaspard. Gaspard was Barack Obama's political director, then U.S. ambassador to South Africa. Most recently, though, and this tells you everything, Gaspard has been the president of the Open Society Foundations, funded by George Soros.

Patrick Gaspard could soon be America's labor secretary, a Cabinet official. So if you're asking yourself, "Does a 90-year-old, left-wing Hungarian financier have enough control over the way my country operates?", the answer is decidedly, "Yes." George Soros definitely has enough power now, much more power than you have, for sure.

In Patrick Gaspard, George Soros has found someone as radical as he is. Three years ago, South Africa's ruling party, the African National Congress, endorsed a plan of taking land from farmers based on skin color without compensating them. They called it land reform. Neighboring Zimbabwe had already done this under its bloodthirsty lunatic leader, Robert Mugabe, and promptly became the single poorest country in the world, killing a lot of people in the process.

No sane person thought or thinks this was a good idea. But Patrick Gaspard thought it was a great idea. As the former ambassador to South Africa, Gaspard wrote an op-ed in the U.K.'s Sunday Times newspaper endorsing this and sucking up to the criminally incompetent and corrupt ANC government:

"Yes, the South African government under President Cyril Ramaphosa is talking about accelerating land reform -- but in a way that seeks to balance property ownership rights guaranteed by the Constitution with the need for more equity and nurture a more broadly shared prosperity."

Ah, more equity, just like in Zimbabwe. Gaspard added in many forums that anyone who disagreed with both this point of view and land reform generally was, of course, an irredeemable racist. Gaspard later said that he found the South African constitution superior to America's constitution, and George Soros would no doubt agree with that. But would many South Africans agree with that? How many have fled that country in just the past 10 years?

Patrick Gaspard doesn't care. Like George Soros, he is an ideologue. For him, as for all ideologues, outcomes are far less interesting and far less important than theories. So you won't be surprised to learn that Patrick Gaspard was once a community organizer, that he once worked for failed New York City Mayor David Dinkins, and that he remains personally close to current Mayor Bill de Blasio. New York City is collapsing, but as far as Patrick Gaspard is concerned, it's collapsing for the right reasons. Maybe we need more land reform on the Upper East Side. Here's Patrick Gaspard in the streets this past June protesting the police.

GASPARD: Earlier today, President Obama told us all that we have to make people in power uncomfortable, so I'm out here marching with a diverse group of incredible New Yorkers as we all get ready to violate curfew, as we march for peace and we march for justice. This is a powerful community of dissent that cannot be quarantined and that will not be silenced until real change arrives. Whose streets? Our streets.

"Just taking on the powerful," says the man who runs George Soros' foundation.

Could this moment get any more perverse? Could the lying be any more obvious? Could it be more Orwellian? But it doesn't matter what you think, that man could soon be your labor secretary.

This article is adapted from Tucker Carlson's opening commentary on the Dec. 4, 2020 edition of "Tucker Carlson Tonight."