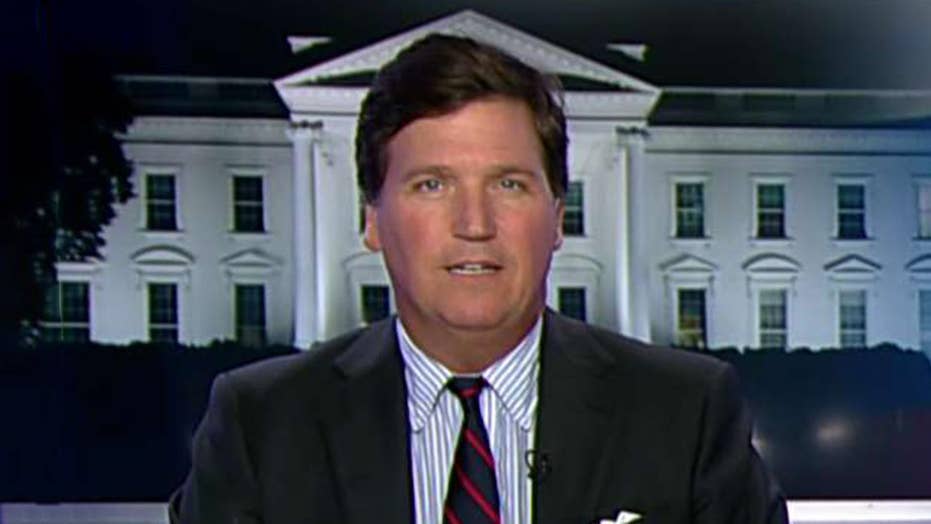 Tucker: Investigations are a search for facts

There is often disagreement in Washington. But if there's one thing that everyone who lives in the city knows for certain, it is that investigations of government officials are always a good thing.

Yes, they can be expensive. They can run to tens of millions of dollars per. Of course, they do paralyze the government making it impossible to fix our most pressing problems. And then, if we're being honest about it, we will also concede that investigations tend to destroy the lives of completely innocent people.

But in the end, as anyone in Washington can and will tell you, all of that is well worth it. Investigations are a search for facts. Anyone who stands in their way obstructs the truth itself.

GREGG JARRETT: TRUMP DID NOT COMMIT AN IMPEACHABLE OFFENSE ON CALL WITH UKRAINE’S PRESIDENT – HERE’S WHY

That, ladies and gentlemen, is why we spent more than two full years looking into the question of whether or not Donald Trump worked secretly as an agent of Vladimir Putin. There was never any evidence that he did that, but Hillary Clinton's campaign donors demanded a thorough investigation of it anyway. And so, as you well know, we got that investigation.

In the end, the investigation, in effect, cleared Donald Trump of claims he colluded with Russia. But it also did something else. It inadvertently implicated quite a few other people for unrelated crimes.

We also learned that the Obama administration was perfectly willing to spy on his political opponents in the middle of a presidential campaign. It did that, too. Now, these are not small revelations -- nothing like them has happened in recent American history. So it would seem wise to get the bottom of exactly what happened -- who did it and why.

And as it turns out, for the past seven months, the Attorney General William Barr has been trying to do just that. He has opened an investigation. Now, you would think, given everything you know about Washington and its love of investigations, that everyone in official D.C. would be thrilled by this. But you would be wrong. Because here's the thing: They are not happy in the slightest. They are outraged, in fact.

Former acting FBI Director Andy McCabe went on CNN Tuesday to complain about Barr's investigation. As it turns out, McCabe is one of the people the attorney general will be investigating, and he thinks that's completely outrageous.

"There are two primary questions that I think you have to ask here. The first is why is he doing this at all? The circumstances behind the opening of the Russia case are not a mystery," McCabe said. "I have testified under oath about them as early as December of 2017. Jim Comey has made comments about them publicly. I have -- we've both written books that touched on the issues. So it's -- the circumstances behind the case are widely known. They were entirely validated by the special counsel investigation."

Yeah. Uh-huh. Got that? Jim Comey and I already wrote bestselling books explaining our side of things. So what is there to investigate?

McCabe seemed completely serious as he said this. How dare the Justice Department not accept my word at face value, despite the fact I was fired for lying? You'd have to be lacking a certain -- what's the term here -- self- awareness to make a case like that on television. But McCabe was happy to. And by the way, the CNN anchor seemed to agree with him wholeheartedly. It's certainly a common view in Washington.

A story in Tuesday morning's Washington Post, for example, quotes unnamed federal bureaucrats grousing that they might be subject to the same oversight the rest of us could expect if we ever stepped out of line. Here's a direct quote: "Current and former intelligence and law enforcement officials expressed frustration and alarm Monday that the head of the Justice Department was taking such a direct role in reexamining what they view is conspiracy theories and baseless allegations of misconduct."

Yeah. Got that? The allegations against me are baseless, I'm claiming from behind the cloak of anonymity. How dare you investigate us? Didn't you hear what I said? It's baseless. Call off your investigation. I already wrote the book. I already denied it.

Now, this is the part in the story when honest journalists might step forward -- by the way, from all political backgrounds -- and remind us that that's a pretty ludicrous response, actually, and that nobody is above the reach of a federal investigation. But no, the kind of journalist who would make that point seems to have retired or at least no longer works at NBC News. 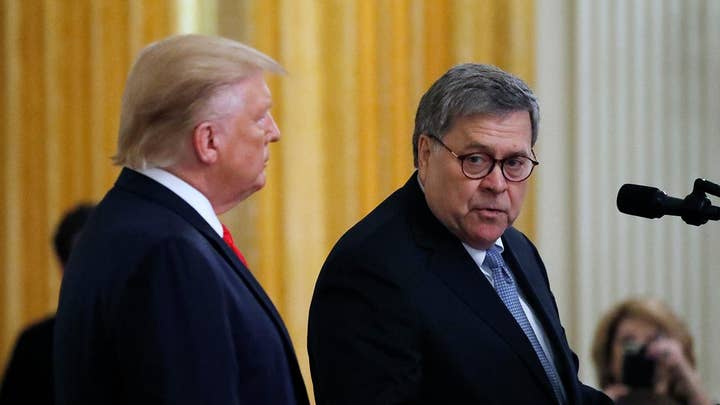 Instead, we get hacks siding with the nameless unaccountable bureaucrats against the rest of us.

Ken Dilanian, NBC News intel and national security correspondent: The top law enforcement official in the United States, Stephanie is spending his time amid all the great concerns that must be on his plate pursuing what many people believe is essentially a conspiracy theory about the origins of the Russia investigation.

Lawrence O'Donnell, MSNBC host: William Barr could be as deeply implicated in what Nancy Pelosi has called the Trump cover-up as Richard Nixon's attorney general was in the Nixon cover-up. Tonight, the attorney general of the United States once again needs his own personally paid-for criminal defense lawyer, who might soon become the only person William Barr can safely talk to in Washington.

The people whose job it is to watch over the powerful people and hold them to account - they agree. No oversight required. Ever feel like nobody's on your side? Maybe it's because nobody is.