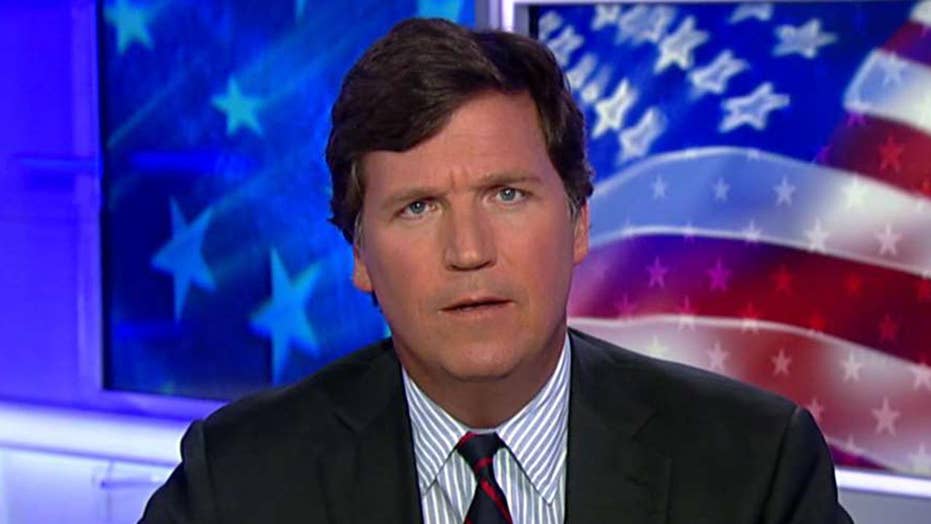 Tucker: There is no real immigration debate

There is a loud debate going on in Washington right now, one that we participate in, about border security -- whether to build a wall, how much funding ICE should get and whether our detention centers are big enough to hold everyone they need to hold. People argue about these questions every day.

And so it seems like the parties are divided on the matter. But on a deeper level, there really is no debate, there is instead consensus. Virtually everyone in the political system knows, as an article of faith, that mass immigration is good for our economy. Immigrants make us richer. The Chamber of Commerce often tells us this. Libertarian think tanks produce studies claiming to prove it's true.

In the Democratic Party, it is a bedrock principle. America would collapse without a steady torrent of new arrivals from the developing world. That is what they tell us. Immigration does not just improve the economy -- we wouldn't have an economy without it.

Half of the illegal immigrants pay their taxes, says Hillary Clinton. You should be impressed and grateful. Well, this is not a new talking point. But like everything in this country, it has accelerated dramatically in the past couple of years.

The left's new position is that immigrants are not just good for America, they are better for America than you are. They don't complain, they don't create H.R. issues. They don't get expensive long-term diseases, like diabetes or opioid addiction. They just do what they're told. They are the noble workers our leaders have always wanted.

Just this week, Sen. Kristen Gillibrand of New York, who by the way is running for president, explained that every single immigrant in America is good, no matter how they got here or why -- just by virtue of the fact that they are immigrants. Ever heard anybody say that about American citizens? No? Don't hold your breath. But Gillibrand clearly meant it about immigrants.

Gillibrand is the falsest person in Washington, but she is saying something that everyone else believes. Immigrants make our economy stronger. Okay, that's the claim. But it is it true? Well, in some cases, it is true. Plenty of immigrants have done a great job in this country. They are highly patriotic. They are successful in business. They are great neighbors and friends. Everybody knows people like that, and everybody is glad they are here.

But not every immigrant is like every other immigrant. Now, don't tell Kirsten Gillibrand, but they are not all the same. Our current immigration system treats them like they are. It treats people like widgets. Our government does virtually nothing to separate the good from the bad. A system like that is not designed to help America. It is designed for the benefit of foreigners, and by that measure, it has been wildly successful.

A new study shows that just last year, immigrants living in the United States sent at least $120 billion in remittances to the countries they came from. Even in the age of expanding cost, $120 billion is a lot of money. It is more, for example, than we spent on the first Gulf War. It is more than the entire Russian military spends every two years. That's enough money to buy Costco -- not the stuff on the shelves, but the entire company -- and still have $15 billion left over.

Not every immigrant is like every other immigrant. Now, don't tell Kirsten Gillibrand, but they are not all the same. Our current immigration system treats them like they are. It treats people like widgets. Our government does virtually nothing to separate the good from the bad. A system like that is not designed to help America.

It is a lot of money, and all of it could be going to Americans, many of whom badly need it. But instead, Mexico received $33 billion in remittances just last year. That country's own president admits the Mexican economy would go under without those remittance payments. In Guatemala, remittances from the United States amounted to a full 11 percent of their entire GDP. In El Salvador and Honduras, they were 18 percent and 20 percent, respectively.

In the past decades, those three countries have received a total of $120 billion in remittances from the United States. And by the way, it's not just Latin America that is benefiting from this. China, which hardly needs it, gets $15 billion a year in remittances. India $10.5 billion; Vietnam, $7 billion; Nigeria, $5.5 billion; Russia, $300 million. We could go on and on.

None of this is an attack on immigrants. In most cases, they are just helping their families back home -- and good for them. It's not their fault. It is our fault. Much of this money has never been taxed at any level. More than 10 million illegal aliens are believed to be working in this country under the table. And that is part of the reason that between 2012 and 2016, an estimated 39 million Social Security numbers were stolen from Americans for fraudulent use, a fact that's rarely reported. 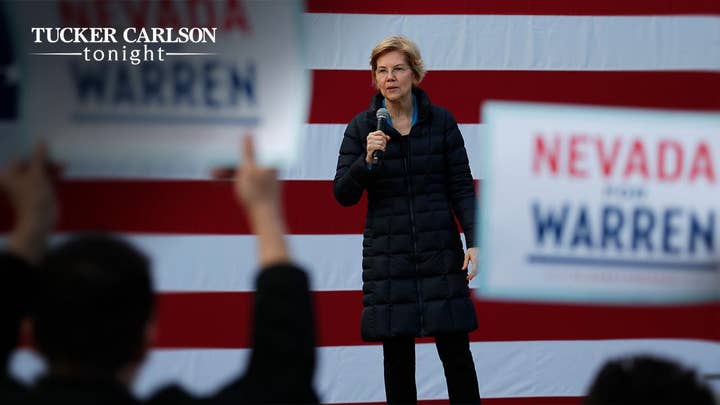 But legal or not, immigrants send their earnings abroad, and they pay nothing when they do it because remittances are untaxed. It is a pretty good deal for Mexico and Guatemala. When was the last time you made a financial transaction that wasn't taxed? Can you even remember?

At one point, the Trump administration proposed a remittance tax. Lobbyists from Mexico didn't like the idea. The idea went nowhere. We can't fix that on "Tucker Carlson Tonight."  What we can do is be honest about what is happening.

There is a lot of evidence to disprove it. Anyone who tells you that -- and that's pretty much everyone you see on television -- either doesn't understand the subject or is lying to you purposely and maybe both, just so you know.