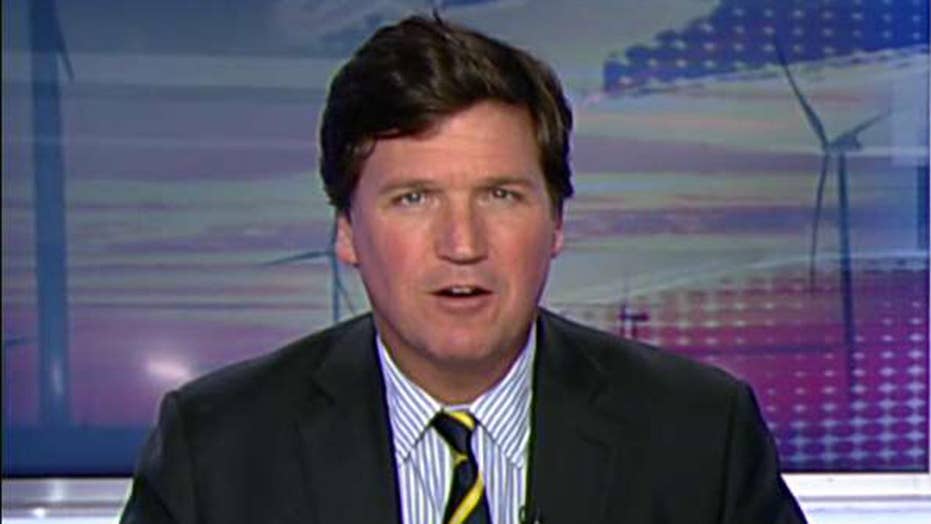 Tucker: The language of fundamentalist theology

For decades now, you have been hearing about the threat that global climate change poses to this country and to the world. Al Gore warned you about all of it in a bestselling book and an award-winning documentary.

Bill Nye, the science guy has done a bunch of Internet videos on the subject. Chelsea Clinton often tweets about it passionately. This stuff is serious, okay? How serious? Well, here is the scientific consensus on what will happen if we don't immediately pass some sort of Democratic global warming bill.

Sorry, that was from 1984, and we had to briefly show you a clip from "Ghostbusters," but, seriously, things have gotten much more dire since then. "Human sacrifice, the dead rise from the grave, cats and dogs living together," those were the old predictions. We would be lucky to get off that easy now.

A new generation of Democratic officeholders is thinking bigger than that, and far more apocalyptically. Move over, Al Gore, these kids are serious.

Here's what Rep. Ocasio-Cortez said, "More like the world is going to end in 12 years if we don't address climate change and your biggest issue is how are we going to pay for it? And, like, this is the war -- this is our World War II.

OK, so to recap the terms of this conversation. This is a matter of total war. The world will end if we lose that war. Any consideration of cost is immoral. That's what they are saying.

This is not the language of compromise and moderation. It is the language of fundamentalist theology. Just a few years ago, they were telling us we could fight global warming with carbon offsets and slightly higher gas taxes. Now, they are demanding we give up airplanes and walk to work.

But you have got to give it this, the Green New Deal does make kind of internal sense. Hysterical predictions require a hysterical reaction. Half measures don't cut it when you are fighting a world war for the future of this planet. Maybe that's why Democrats seem all in on this.

Every single Democratic Senator running for the Democratic nomination right now has endorsed the Green New Deal. Cory Booker, a vegan lawyer who represents Wall Street describes the fight against carbon at least as morally significant as the fight against Adolf Hitler. Here's what he said recently, "There's a lot of people now that are blowing back on the Green New Deal. They're like, 'Oh, it's impractical. Oh, it's too expensive. Oh, it's all of this.' If we used to govern our dreams that way, we would have never gone to the moon, and when the planet had been in peril in the past, who came forward to save earth from the scourge of Nazi totalitarian regimes? We came forward."

Who came forward when the Germans bombed Pearl Harbor, we did. Okay, we give up. Let's take this seriously for a minute because it is at the very center of our national conversation. Let's concede that global warming imperils the earth and we need a mass mobilization of Americans to fight it.

Solar powered landing craft on the beaches of this generation's Normandy. No cost is too high and no sacrifice too extreme. Cory Booker is our Patton. Let's stipulate that's all true and not flagrantly insane. Who exactly is our enemy in this war? Well carbon, of course. Carbon is poison. Al Gore told us that 25 years ago. 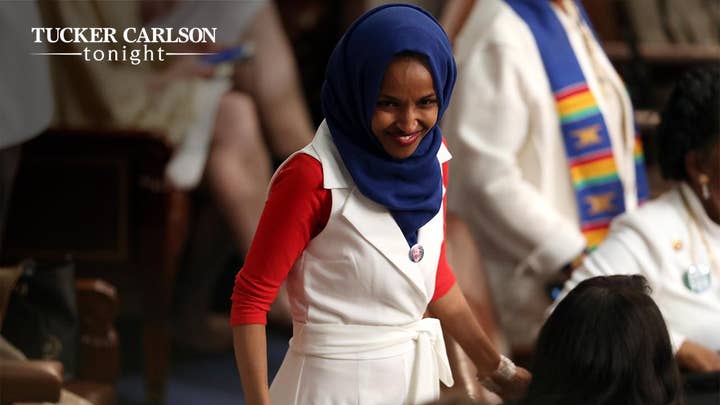 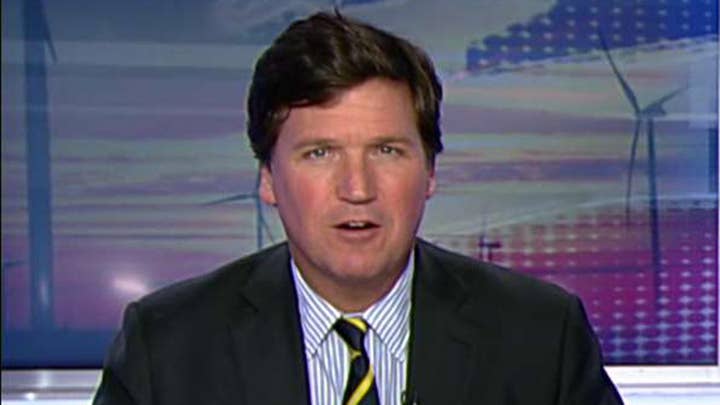 Who is the biggest carbon dealer on Planet Earth? The El Chapo of CO2. You probably assume it's America because nobody has bothered to update you on this question. But, in fact, it's not America. It's not even close to America. It's China.

China is now the undisputed kingpin in the carbon trade. China throws more than twice the amount of deadly carbon into the atmosphere than this country does. China is the problem. That's true even if you are just a regular environmentalist who still believes in the earth and are skeptical of perceived climate theology because China is also the biggest physical polluter in the world.

China dumps almost as much non-degradable plastic into the oceans as the rest of the worlds combined. They have not banned drinking straws in Shanghai. So it's pretty clear. If you are worried about killing polar bears and poisoning fish with mercury, you should be very worried about China because they are the ones who are doing it.

But nobody in our ruling class seems to know this or care. You don't see Democratic activists or professional environmentalists camped outside the Chinese Embassy in protest. Nobody is demanding sanctions on China until they stop polluting. That screeching moron Ocasio-Cortez isn't telling China to give up coal and oil and natural gas and nuclear power within a decade. No way. The left isn't doing any of that because the left loves the Chinese government. It's their model for governing.

Just a few years ago, the California Governor Jerry Brown flew, yes, flew all the way to the Chinese mainland to praise its fascist government for its environmental leadership. For real. You see what's going on.

The Green New Deal is not about the environment, just like gun control is not about school shootings and speech codes have nothing to do with sensitivity. Nothing is what they say it is. What it's really about is punishment and control. The Green New Deal is a religious document. It punishes America for the sins of its prosperity. The only atonement it offers is turning over full control of the entire U.S. economy to the Democratic Party. That's the indulgence they require. They are using moral blackmail to get it, of course, they are theocrats and they always do.