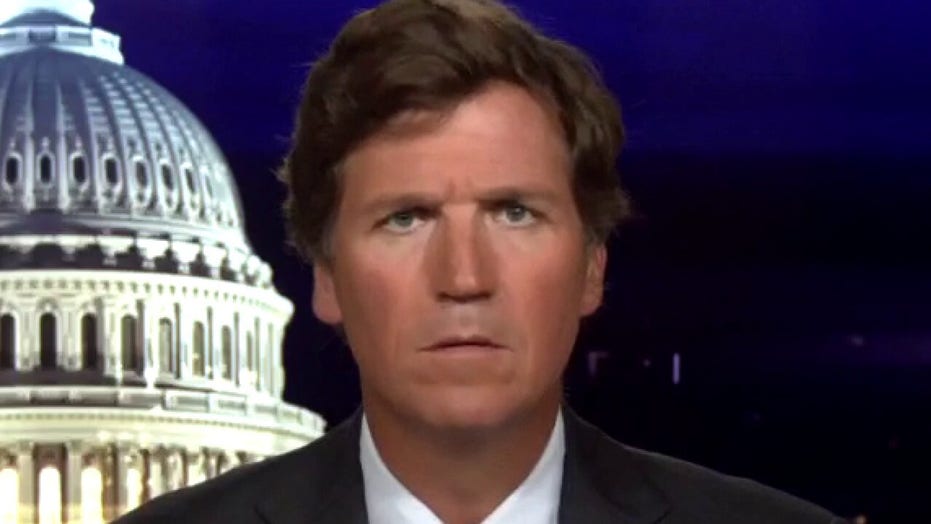 For more than two centuries, the U.S. Senate has required the support of at least 60 senators before they pass major pieces of legislation. That makes for a cumbersome system. It requires compromise and patience. It delays the passage of laws.

But it has endured through the centuries, despite the leadership of the body.

We've had it since 1806 when Thomas Jefferson was the president.

Why is that? It's not just because U.S. senators tend to be pompous and mindlessly wedded to tradition, though, obviously they are.

It's because this is a democracy, sober people know that before you make big changes to a country, you had better be certain that a large majority of your citizens support what you're doing. That's the principle behind our entire system of government.

And whatever you do, as a lawmaker, you'd better be thoughtful about it, absolutely certain that what you're doing is wise and won't hurt your grandchildren in ways that you haven't bothered to think through.

With the last check and balance gone, there will be no limit to the ways the Democratic Party can remake the country in their first few months in power.

And that's why for 214 years, we've required a supermajority in the Senate.

It's not just an arcane piece of Senate procedure. It's central to the way the country works.

But what would happen, if suddenly, people with very different attitudes, took control of our system? What if these new people didn't care about the wisdom or long term consequences of the things they did?

What if they didn't believe in democracy?

What if they considered debate and persuasion and winning people over, pointless? Even immoral? And instead, they intended to rule by force.

What if all these people cared about was power?

Well, people like that, of course, would hate the filibuster rule.

It would be an obstacle in their path to total control and they would be desperate to eliminate it.

They never admit that out loud, needless to say. They would never be direct about anything. In fact, they would despise clear, precise English and they would punish anyone who dared to speak it.

People like this would instead rely on feline misdirection to get what they wanted. They'd lie about everything, boldly and without shame. They would denounce their enemies for the very sins they themselves were committing.

If they wanted to turn America into a one-party state, for example, a state that they alone control, they wouldn't say that out loud. They would instead accuse anyone who opposed that goal of "partisanship." And they wouldn't even smile as they said it. Here one example:

SEN. ELIZABETH WARREN, FORMER PRESIDENTIAL CANDIDATE, D-Mass.: When the Democrats have the White House again, if Mitch McConnell tries to do what he did to President Obama and put small-minded partisanship ahead of solving the massive problems in this country, then we should get rid of the filibuster.

Well, Joe Biden served in the U.S. Senate for decades. He always supported the filibuster when he was there. Now, Biden appears to agree with Elizabeth Warren.

If Republicans won't obey the newly ascendant Democratic Party, Biden said recently, we'll just cut them out of the conversation. Senate Minority Leader Chuck Schumer, of course, is on board, too. Here's what he said recently:

QUESTION: Former Vice President Biden recently suggested that he would be open to supporting eliminating the filibuster if Republicans obstruct his agenda. Where do you stand on that? Are you more receptive to taking a look at doing that?

SEN. CHUCK SCHUMER, D-N.Y.: Job number one is for us to get the majority. We don't take anything for granted, but it's looking better and better. And once we get the majority, we'll discuss it in our caucus. Nothing's off the table.

“Nothing’s off the table.”

In other words, the second we take control -- and that could be soon -- we're getting rid of the filibuster.

So, how do you do that, exactly? How do you justify that -- on what grounds do you change a system that has worked demonstrably well for centuries?

Well, you justify it the same way you justify tearing down ancient statues that until last week weren't even controversial. You claim they represent bigotry. They're already doing that.

Last month, The Atlantic magazine denounced the filibuster as "another monument to white supremacy."

On Sunday, faithful Democratic Party lackey, Ron Brownstein wrote a piece arguing that getting rid of the filibuster is "a Civil Rights issue." Because apparently, Democrats used the filibuster 60 years ago to slow the passage of Civil Rights legislation, which, by the way, passed anyway. And therefore Republicans are bigots for wanting to keep the filibuster.

Are you following that? That's the level of debate currently underway among smart people in Washington.

It's moronic but it's also transparent. It doesn't mean it is not working, though. It is.

The filibuster could soon be gone.

There's a lot at stake in this conversation. It's not obscure. It's real and it's practical.

With the last check and balance gone, there will be no limit to the ways the Democratic Party can remake the country in their first few months in power.

We don't have to guess about their plans. They've told us what they plan to do and without a filibuster, they will be fully capable of doing it.

Ban all criticism of their ideas and behavior.

Pass the lunatic Green New Deal, which does nothing for the environment and does an awful lot for their control of the country.

Pack the Senate by making Washington, D.C. a state.

Pack the Supreme Court by simply packing it, adding more justices, and just to make certain they never lose another election, add tens of millions of foreign nationals to U.S. voter rolls.

They will call that "immigration reform." They'll dare you to call it something else. They'll charge you with hate speech, if you try.

Their voters -- their core voters -- are demanding they do all of that, and with no filibuster, they can because no one can stop them.