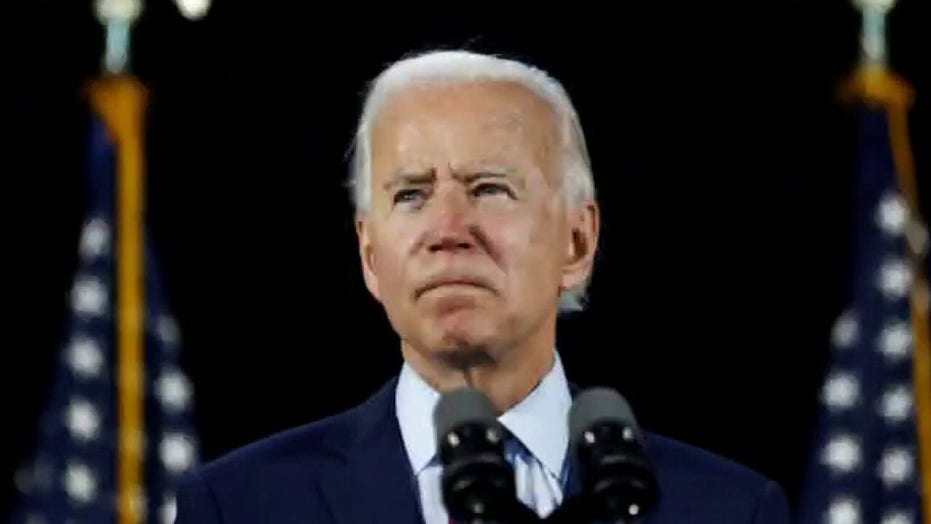 From sea to shining sea, crime is surging and gunfire rings throughout the night. In some cities, anarchists smash windows and set fires, aiming to set up autonomous zones.

In response, President Trump threatens to dispatch federal troops unless local officials stop the chaos. In their response to him, Democratic governors and mayors tell the president to buzz off.

Oregon’s attorney general even sues to stop Homeland Security agents from making arrests in riot-torn Portland, and Mayor Bill de Blasio promises the feds would get the same rude welcome in Gotham.

“If he tried to do it, it would only create more problems,” de Blasio said. “We would immediately take action in court to stop it.”

Welcome to states’ rights, circa 2020, where lawbreakers are the new protected class. And they say Trump is the one who violates national norms!

The gigantic protests that followed the alleged police murder of George Floyd in Minneapolis on May 25 mostly petered out, but the violent fringe appears to be growing. Yet instead of asking for help to protect their citizens and keep order, Dem officials are forming a protective circle around the mobs.

This extraordinary maneuver echoes efforts in the segregated South five decades ago to stop the feds from enforcing civil-rights laws. While it is suddenly popular now with the activist left, it’s hard to see how the strategy retains support if the disorder spreads. At some point, even the wokest Dem is going to get tired of sirens in the night and stepping over broken glass in the morning.

More broadly, the defense of the mobs puts presidential nominee Joe Biden in yet another bind. The fact that he seems to be a mute bystander on the issue is a sign of his fundamental weakness.

Trying to keep the party intact by adopting some of the far-left’s policies without losing his relatively-moderate base, Biden already yielded large pieces of turf to the Green New Dealers. He’s been dodgy about the radicals’ “defund the police” movement, saying only that he wants to “redirect” some police funds to social-service programs.

Now comes the added burden of having his ostensible allies tacitly endorse violence and lawbreaking as legitimate forms of protest. Sure, they hate Trump, but do they really want to see their cities made unlivable to prove it?

And while the Dems don’t want to dampen the anti-Trump enthusiasm of their young voters, they will hand the president four more years if the disorder alienates middle-class voters in swing states.

The blue-state pols are not just playing with fire on their home turfs, they’re playing with the fears of voters across the country. You don’t have to live in one of those burning cities to be afraid that your town will be next.

Trump, trailing in virtually all national polls, clearly sees the potential for political gold in the chaos.

That fear is driving gun sales to record heights, with NPR reporting that federal background checks for handgun buyers in June were up 300 percent over last year. A researcher estimates that 3 million more guns than usual have been sold since the start of the pandemic shutdowns.

Trump, trailing in virtually all national polls, clearly sees the potential for political gold in the chaos. In language used by Richard Nixon in his 1968 campaign, the president declares himself the “law and order” candidate and claims to see a “silent majority.” The polls show little sign of that so far, but if events continue on their current course into the fall, the president will almost certainly benefit.

In that case, Biden will have to separate himself from the blue-state rioters or watch his chances go up in their flames.

Indeed, it would be one thing for a presidential nominee to have to defend his party’s mayors and governors if they were denouncing the rioters and trying to squash the violence. It’s quite another when officials in Portland, Seattle, Atlanta, Chicago and nearly every other city basically throw up their hands at the criminal element, then blast Trump for wanting to solve the problem.

Even the dreamy mayor of Seattle, Jenny Durkan, was forced to get real about the chaos in her city. Recall that she initially predicted a “summer of love” on June 11 after the creation of the first autonomous zone, but love quickly turned to hate, robbery and murder, and she shut the zone and ordered its evacuation on July 1.

Notice, too, the silence of congressional Dems over the rampant vandalism. House Speaker Nancy Pelosi wouldn’t even criticize a Baltimore mob for throwing a statue of Christopher Columbus into the harbor, saying “People will do what they do.”

There is an argument that Trump will benefit more by letting the Dems stew in trouble of their own making. My friend Bill McGurn of The Wall Street Journal compares the situation to Colin Powell’s caution to President George W. Bush about invading Iraq, which Powell reportedly called the Pottery Barn Rule: You break it, you own it.

By that calculation, Trump would own the riots, and couldn’t afford to fail at shutting them down. Yet if there are incidents of brutality or fatalities, an even larger backlash could follow. Thus, better to keep your distance.

Those are fair points, but the president has an obligation to protect federal property if local law enforcement can’t or won’t, and already, there is evidence that the crisis is spreading because of the lack of police enforcement.

Besides, the residents of Portland, Seattle, Atlanta, Chicago and New York are also Americans and enjoy the same federal civil rights as the residents of cities where the politicians are not afraid of the mob.

My bet is that Trump will not play it safe and sit on the sidelines. It’s not who he is, and if the last four years have proven anything, it’s that radical leftists never stop voluntarily.

THIS COLUMN WAS FIRST PUBLISHED IN THE NEW YORK POST