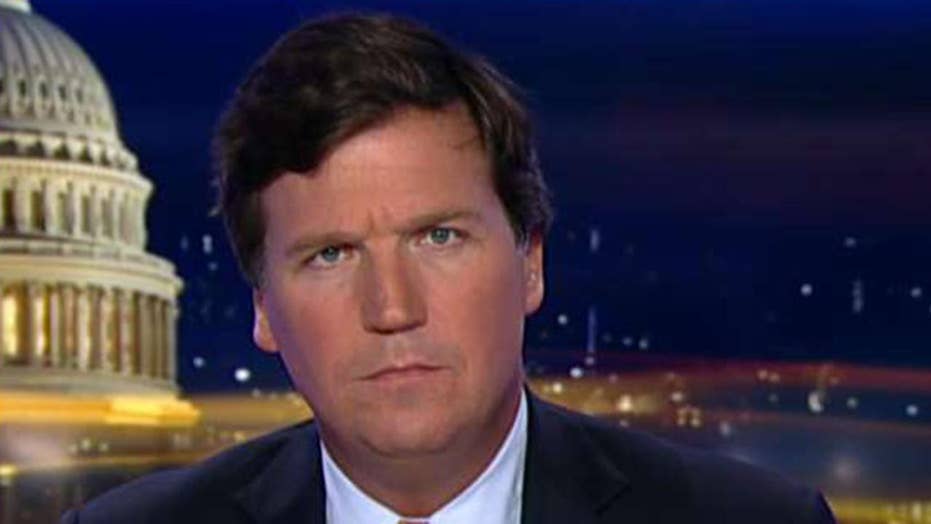 Ex-Starbucks CEO Howard Schultz gets heckled at book event; why does the left want to stop Schultz from running in 2020 as an independent?

One of the great secrets of Washington, something we don't tell anybody outside the city, is that the only people who really benefit from the presidential primaries are the political consultants who work in them.

The candidates themselves almost always finish the experience sadder, poor and humiliated. The public, meanwhile, hates the whole thing. They get to spend half a year tormented by the white noise of 30-second attack ads. Only the consultants really seem to enjoy themselves, and why wouldn't they? They walk away rich. With them, it's a great deal. So they've got every incentive to recruit new suckers to the game.

The latest mark is a billionaire called Howard Schultz -- he's the former CEO of Starbucks. A pair of slick consultants somehow convinced Schultz that he could be president. So over the weekend, he announced he may get into the race. Here's the twist: Schultz, who is an entirely conventional affluent liberal, said that he is not planning to run as a Democrat, but instead as an independent.

Well, Democrats were horrified by this. "Boycott Starbucks" started trending on Twitter. Michael Bloomberg denounced Schultz. Some on the left were so angry, they screamed at Schultz when he went out in public, most notably at a book event Monday night.

"Don't help elect Trump. You egotistical billionaire a--hole. Go back to getting ratioed on Twitter," the heckler yelled. "Go back to Davos with the other billionaire elite who think they know how to run the world. That's not what democracy means."

Well, in fairness, the heckler did make some solid points. The last thing we need is another egomaniacal Davos moron running the country into the ground. If you sincerely thought Barack Obama did a great job as president, you'd probably be perfectly happy with Howard Schultz at the helm. The problem is, nobody really thinks that Obama did a great job as president. They just all feel obligated to pretend he did. Nobody wants to be rude about it.

And yet, Shultz's problems aren't really related to what he believes -- his political positions. His views are not really indistinguishable from Nancy Pelosi's views.

What Democrats really want, what they're not kidding about, at all, is political power. The right to run things; the right to be in charge. Power. And they want it so bad, they can taste it. Poor, hapless Howard Schultz and his overfunded midlife crisis just got in their way. So, they have to crush him.

Schultz's sin is running as a third party candidate. That's a threat to the one thing that Democrats actually care about. And no, it's not fighting climate change or preserving a woman's right to choose or even protecting those noble, undocumented migrants that they are always lecturing you about. In the end, Democrats are pretty flexible about all of that stuff. They're just talking points. They're transactional bargaining chips to keep their coalition together. Whatever.

What Democrats really want, what they're not kidding about, at all, is political power. The right to run things; the right to be in charge. Power. And they want it so bad, they can taste it. Poor, hapless Howard Schultz and his overfunded midlife crisis just got in their way. So, they have to crush him.

At least one Democrat was honest enough to admit this. "I have a concern that if he did run that essentially, it would provide Donald Trump with his best hope of getting reelected," said potential Democratic presidential candidate Julian Castro on another cable network. "I would suggest to Mr. Schultz to truly think about the negative impact that that might make. "

Well, the media were watching and taking notes. Even now, you still hear people refer to the press corps as "liberal." But, of course, they're not liberal in any recognizable sense of the word. Genuine liberals would welcome Howard Schultz into the race. More candidates, more opinions, more diversity of thought. May the best ideas win. That's what an actual liberal would say.

But that's not what the media are saying. They're not liberals. They're loyalists. They're party people -- diligent worker bees toiling for the benefit of their Democratic Party masters. So, of course, they parroted the line precisely. Michelle Goldberg of the New York Times, who embodies this, called Schultz's run "reckless idiocy." She didn't even mention his views about anything. She doesn't care; it's irrelevant. The Daily Beast all but accused Howard Schultz of racism because that often works as a line of attack. "The Starbucks music store under Howard Schultz was painfully white," read one story. Whatever it takes. And of course, the dummies on TV news read their talking points faithfully. "Democrats fear he could help Trump win reelection," they said. Oh, Trump might benefit.

Well, there's another way to look at the Democratic hysteria over Howard Schultz getting in the race. Mark Cuban, of all people, summed it up pretty well when he said, "If 21 months before an election, you don't believe your candidate's platform is strong enough to win an election with independent candidates, you might want to rethink who you support." 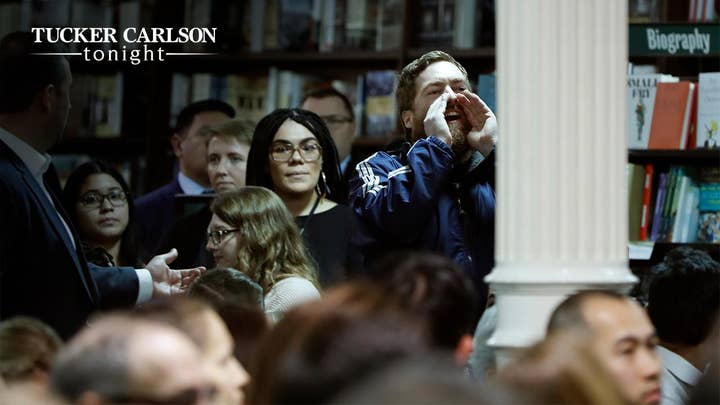 Yes, you might want to do that. Maybe get some ideas that appeal to actual voters, or something like that.

The irony is that the very people who are the most upset about Howard Schultz entering the presidential race, are the very same ones who've been yelling at you about how vital democracy is and how they're the defenders of democracy. And yet, somehow, three candidates on a single ballot is just way too many for them.

You get the strong feeling they prefer to see just one candidate on the ballot. That way they'd win every time. Voters couldn't screw it up with their dumb opinions.