One Sunday afternoon last September, a 16-year-old called Aaron Pryor was shot to death in a driveway near his home in Oakland, California. Even by the standards of midday drive-by shootings, it was an awful crime. Surveillance footage showed the killer fired more than a dozen rounds, before fleeing. No one was arrested for the murder, but local media didn’t seem especially interested in finding out who did it. They already knew. The coronavirus killed Aaron Pryor—that’s what they told us.

One local TV station noted that violence in the area had risen since the pandemic began—they must be connected. Pryor's football coach agreed. "It was COVID that really killed this kid," he told reporters.  The coach didn’t explain how exactly COVID had done this killing, or what COVID’s motive might have been. But no one asked. Everyone, particularly people in power, seemed happy to blame the pandemic. You heard that a lot. Across the country, in New York City, Mayor Bill De Blasio put responsibility for rising crime rates squarely on the virus.

De Blasio, MSNBC September 2020: Katy Tur: So, police organizations will say that part of the reason that crime is up is because there has been a cut in funding to the NYPD. What do you say to that? Mayor DeBlasio: This predates any funding decisions, that's just the truth. The perfect storm I mentioned started in March and April, when everything shut down and we saw the violence start in earnest May into June, into July. It's clearly because things came unglued

Right, it must have been the pandemic. It makes sense because we forced everyone to stay home. That’s why there are so many people on the street shooting each other and pushing strangers into oncoming subway cars. Does that make sense to you? No, it doesn’t make sense to anyone. But thankfully experts soon emerged to explain why something so obviously untrue must in fact be true.

"Because the stresses of the pandemic are everywhere," explained a former CIA officer called Jeff Asher to the New York Times, "you are seeing this everywhere." Except we’re not seeing it everywhere, that’s not true. 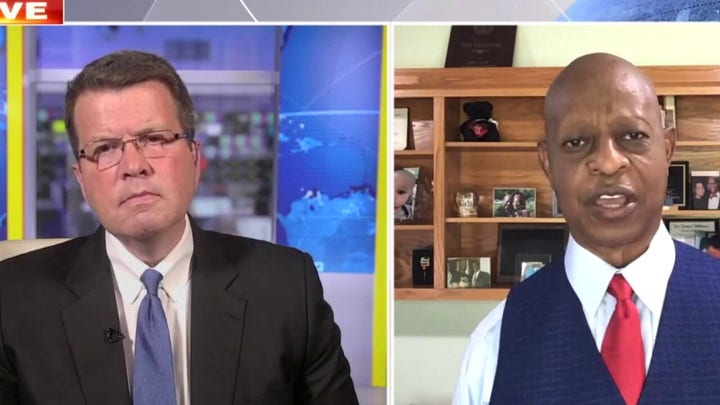 The coronavirus may be global, but rising crime rates are not global. Police in Canada reported that crime fell by 18 percent between March and October 2020. In the U.K., crime saw its biggest annual decrease in a decade. In Sweden and Russia, crime dropped too. Even in Mexico, which is in the middle of a drug war, there were fewer homicides in 2020 than there were in 2019. For normal countries, the pandemic meant more Netflix and less killing.

But not here. In the United States, the opposite happened. A lot of Netflix, even more killings. You're seeing the data on your screen now; it's from a nonprofit called The Council on Criminal Justice and researchers at the University of Missouri. It shows the average weekly homicide rate in 21 major cities. Killings spiked in late May, well after the pandemic began.

According to the Council on Criminal Justice, "Homicides, aggravated assaults, and gun assaults rose significantly beginning in late May and June of 2020. They jumped by 42% during the summer and 34% in the fall when compared to the summer and fall of 2019." So far this year, these sad trends have continued.

So you have to ask yourself, because your life may depend on it, why is this country different from Sweden, Russia, and Mexico? You know the answer. It’s not COVID. It’s that in our country, stupid, malicious people took full control—the Democratic Party took full control of the country—and their policies resulted in a huge number of killings. Here they are, bragging about their plans.

Well, they definitely reimagined public safety, they made the public much less safe. According to a report in Axios, 20 major U.S. cities have slashed their police budgets in the last year—they defunded the police. Collectively, they’ve cut more than $840 million from law enforcement.

In Atlanta, in a story we love to read, one city councilman who voted to strip $73 million from the police -- a genius called Antonio Brown -- just had his car stolen in broad daylight by children. Who were not held back by the police, they were defunded. Must have been COVID that did it. Meanwhile, at least twenty-five cities have pulled police out of public schools—how’s that going to work? You know the answer. At universities, activists have pushed for the same thing -- total abolition of the police. When they said they were going to defund the police, they meant it. 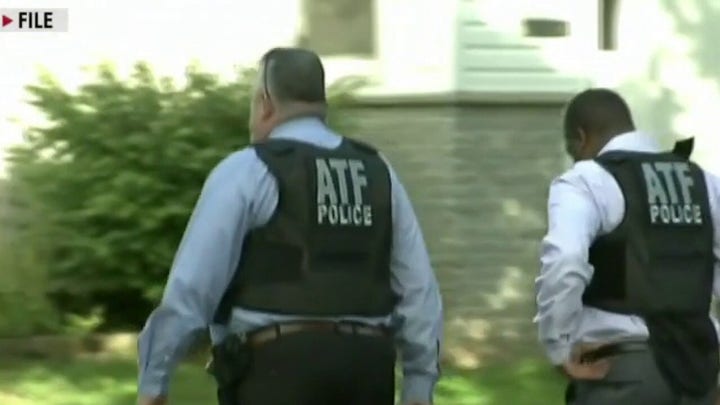 At The University of Chicago, dozens of students swarmed the home of the college president. One of them, an especially entitled young lady called Madeline Wright, shouted through a megaphone. Quote: "We’re going to fight to abolish this (expletive) system, not reform it." Professors at the school joined her. One of them, a character called Damon Jones, led seminars on the problem of "over-policing" in the neighborhood around the university, it’s called Hyde Park, it’s where Obama’s from. He wrote dozens of posts on Twitter last summer explaining that because University of Chicago police stop more African Americans than White people, in a predominantly Black neighborhood, they’re racist.

What’s interesting is that Damon Jones hasn't said anything on Twitter about police since January. That's when Yiran Fan, a 30-year-old Ph.D. student at the University of Chicago, was murdered in a killing spree on Chicago's South Side, along with two other people. At that point, it’s possible that morons like Damon Jones realized there’s a reason that the University of Chicago has one of the largest private police forces outside of the Vatican. Why? Because the neighborhood around the school is a very dangerous place. That’s not the fault of the police, that’s the reason they have police. It could be true about the city of Chicago which is now a dangerous place and becoming more so by the day. Why has that happened? It’s happened because people with a political agenda have taken over law enforcement. It was in Chicago that BLM activists declared looting, stealing was a form of reparations. 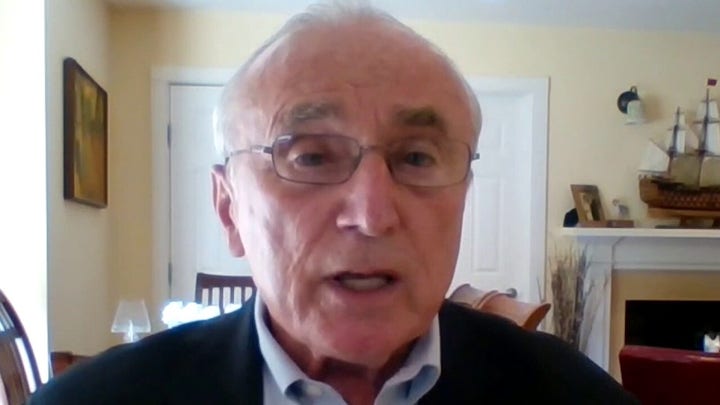 So you have to steal from Gucci to eat. Stealing is reparations. Now that’s insane and only a sick society would listen to someone like that. That would be dismissed immediately in a healthy society. Did a single Democratic politician push back? No. So guess what happened? In the city of San Francisco, Walgreens has closed 17 different stores. Why? Because prosecutors in San Francisco and in many places in California but not just there, no longer charge shoplifters, so people steal whatever they want. There’s so much theft, the stores can’t afford to stay open. They’re not closing as a political statement, they can’t afford to have their merchandise stolen. This is not the country you were born in. Here’s what it looks like:

KTVU (October 2020 package): The Walgreens on Van Essen in San Francisco will close its doors for good. Customers say the store is known for being a notoriously easy place to shoplift. WOMAN: I’ve heard Walgreens is real easy to steal from REPORTER:  Why is that WOMAN: Because they don’t chase you REPORTER:   Neighbors say shoplifting may be a major factor in why the store will soon close. Customers say the shelves are bare, with the company not even bothering to restock.

To be clear, it’s not that Americans have grown more prone to steal, it’s that stealing is now allowed. And when you allow something, you get more of it. This is a result of policies with the intention to get more stealing. Designed to give us more murder, more rape, more pushing people in front of subway cars. It’s happened because the people in charge allowed it to happen.

It’s happening everywhere, particularly in New York, where several candidates for mayor running to replace Bill De Blasio have said that anyone who opposes stealing is quote "criminalizing poverty." Who are the people with views like that? They aren’t normal people. Needless to say, most of the people with these views are pampered out-of-touch liberals—they’re the only ones who could afford to have views like that. Actress Cynthia Nixon certainly fits that description. Nixon expressed outrage the other day that CVS in her neighborhood was trying to prevent thieves from walking off with the inventory.

Quote: "I can't imagine thinking that the way to solve the problem of people stealing basic necessities out of desperation is to prosecute them."

You’ve got to wonder what would happen if you showed up at Cynthia Nixon’s place tonight and tried to help yourself to some quote, "basic necessities." Would Nixon understand your theft as a profound form of protest? As a profound form of social justice, and applaud it? Or would she tell her bodyguards to shoot you, and then thank them profusely when they did? Not a tough question. You’d be dead in seconds. Cynthia Nixon doesn’t mean a word of what she says about crime. None of them mean a work of what they say about crime. They’re just trying to feel like good people in a world that confuses destruction for virtue. These people need help. They should be nowhere near power. Unfortunately, at the moment, they run the Democratic Party and all of us are seeing the results of that.

This article is adapted from Tucker Carlson's opening commentary on the May 27, 2021, edition of "Tucker Carlson Tonight."