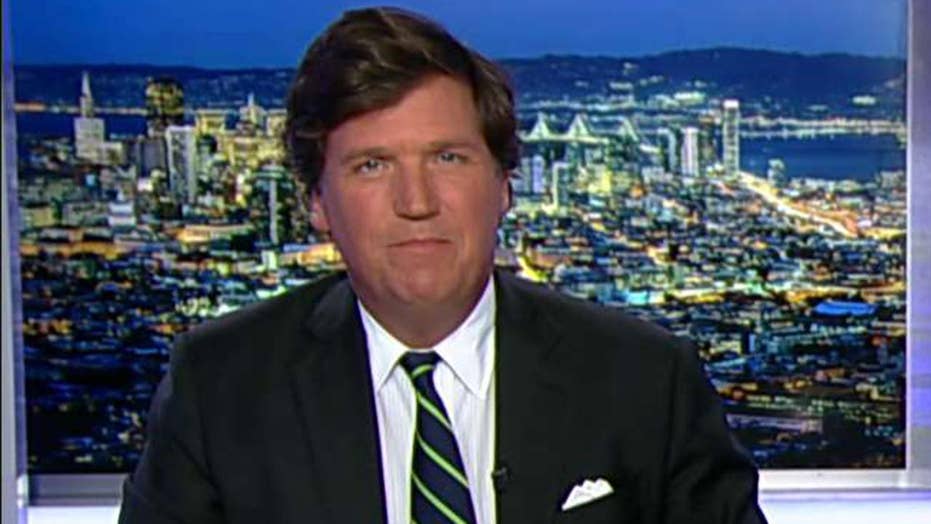 Tucker: The Democratic Party wants to run the United States

Progressive-controlled cities are on the urban decline.

The Democratic Party wants to run the United States -- not just the decaying urban centers and gentrifying coastal pockets, Williamsburg, Baltimore, both Portlands. No. They want to run the entire thing -- all 50 states, all 31,000 counties, all 320 million people.

Progressives want complete control of all of that very much, including your neighborhood. That's their goal in the coming election. What will happen if they achieve that goal?

We don't have to guess. Instead, we can assess a city they already have complete control over and have for a long time -- San Francisco, California. Now if there's any place in the country you'd like to run because it would be easy, it would have to be San Francisco. The city is stunningly beautiful. It has a perfect climate. It's got solid infrastructure. There's a  well-educated population.

But more than anything, it has a lot of money. San Francisco is one of the richest places in the world with a never-ending torrent of tech cash. How could you screw that up?

Take a look at what the left has done with San Francisco. Used drug needles, many of which are handed out by the San Francisco Department of Public Health to help reduce drug-related diseases, lie in the streets. It looks like the slum. Bombay, India doesn't look like that.

So you'd think it would be affordable, but it's the opposite. The average rent for an apartment in San Francisco right now is about $4,000. The city works only for the extremely rich or the destitute, the billionaires and the vagrants. There no place for normal people.

You want to raise a family in the city? Good luck. San Francisco now has more daycare space for animals than it does for babies. It is literally a city without a future. Its people can't afford to reproduce.

And San Francisco isn't alone. The rest of California's single-party cities are following suit. The homeless population in Los Angeles, for example, is now bigger than any city in the entire State of Vermont. Its filthy tent encampments are incubating diseases we previously associated with war-torn countries. Los Angeles Deputy City Attorney Elizabeth Greenwood claims she contracted typhus while working at her office in City Hall.

San Francisco now has more daycare space for animals than it does for babies. It is literally a city without a future. Its people can't afford to reproduce.

Typhus? What country is this? Who did this? You know who did it. They did the same thing in Sacramento, the state capital of California. Homelessness there has gotten so out of control that ordinary people can barely live there.

"I just want to tell you what happens when I get to work," Elizabeth Novak, a business owner, said in a video posted on social media. "I have to clean up the poop and the pee off of my doorstep. I have to clean up the syringes. I have to fight off people that push their way into my shop that are homeless and on drugs because you won't arrest them for drug offenses. I have to apologize to my clients. So I want to know what you're going to do for us, the ones that are unhappy."

"You want to make a state sanctuary state." Novak continued. "You want to make it comfortable for everybody except for the people that work hard and have tried their hardest to get along in life, and now we have to change that because of your lies. So while you sit in your million-dollar home, and you don't have to look at what we have to look at, there's hardworking people out there that have to deal with this on a daily basis."

It's a disaster, obviously. And yet remarkably, cities around the country, all of them run by the Democratic Party, are racing to copy California. Washington, D.C. is now covered with tents and filth. Drive around if you don't believe it. Seattle, of course, is, too. Portland, Oregon has been almost destroyed by it.

We've seen this before. For decades, Americans fled cities to escape from disorder, chaos and crime. New York got so desperate, it elected a Republican mayor.

And then finally in the 1990s, the tide turned. Crime fell and American cities became livable again. Property values rose, poor neighborhoods got better, everyone benefited and people started moving back.

Places that had been shrinking for decades, cities like Washington and Philadelphia, started growing again. It was a great success. But that progress is being reversed now, because on the left. Law and order is now regarded as a hateful relic of a less progressive age.

Among America's 20 largest cities, San Francisco now has the highest property crime levels in the United States. There are 70 car break-ins every single day. For the past four years, violent crime on the city's BART trains has doubled. It is enabled by rampant fare evasion, which city officials are completely unwilling to stop.

Across the country, America's most liberal cities have mayors and District Attorneys who explicitly side with the criminals, even against their own citizens. We're not overstating this.

Law and order is now regarded as a hateful relic of a less progressive age.

In Dallas County, Texas, for example, the District Attorney there, John Creuzot, is refusing to criminally prosecute thefts of less than $750.00 if he decides the theft was of "necessary items." Okay.

In Philadelphia, meanwhile, the top prosecutor is a man called Larry Krasner. He believes American law enforcement is "systematically racist. So we stopped providing law enforcement at all in many places." In that city, prosecutors no longer see cash bail for what they call "low-level" crimes. It's a category that includes burglary, not so low-level if you're the target of it. Shoplifters receive a simple summons to court, instead of a misdemeanor or felony charge. 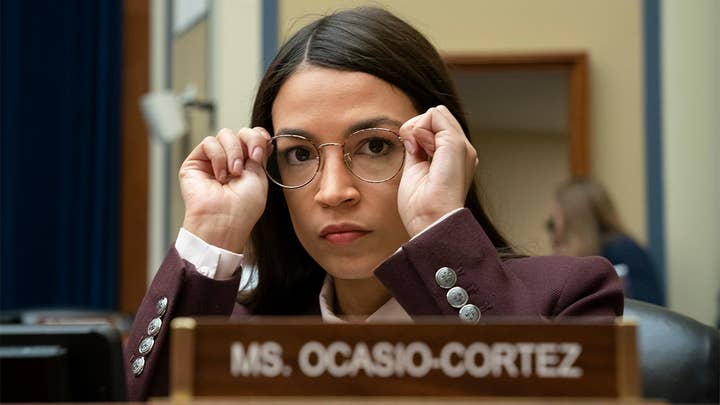 The results are not hard to predict. You know exactly what's going to happen when you govern like this. And in fact, it has happened. In 2018, Philadelphia had its highest murder rate in a decade. Compared just a few years ago, murder has dramatically surged in a bunch of different cities with similar programs -- Chicago, Baltimore, Washington. And yet no one on the left seems to notice any of this or care.

In fact, they seem to approve, apparently. They'd like the rest of the country to become just like San Francisco. Do you want that?