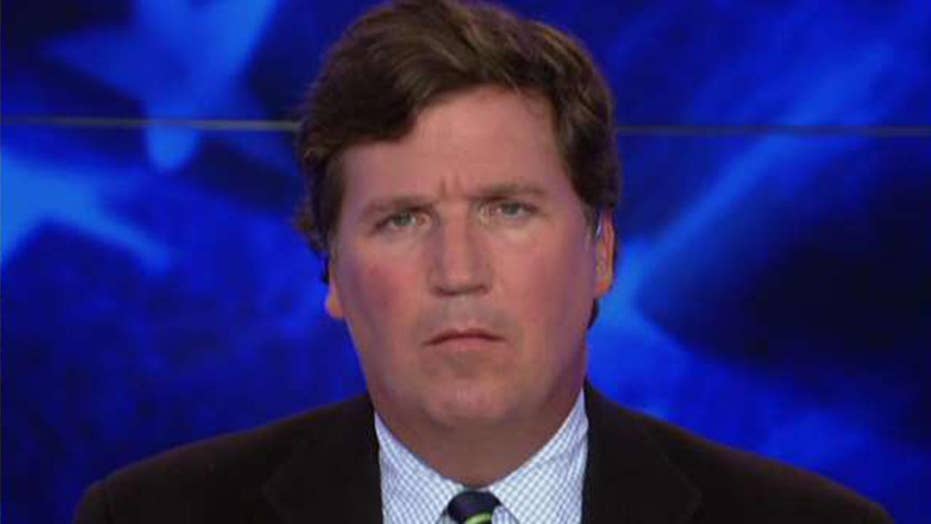 This election is coming up fast. Faster than you may realize. How fast? Well, six months from Thursday, the leadership of the Democratic Party will gather on the floor of a basketball arena in Milwaukee and formally nominate their presidential candidate.

Now at this point, as of right now, there's a strong chance that nominee will be Bernie Sanders. If that happens -- if Sanders becomes the official leader of the Democratic Party -- there will be chaos.

The party's funders on Wall Street will recoil in terror at what's to come. They'll be joined in that terror by the establishment class in New York and Los Angeles, as well as by the entire intelligence and foreign policy bureaucracies in Washington. And all of them -- all of these people -- will demand to know one thing: How did this happen? How did Bernie Sanders become the Democratic nominee?

And that's a good question. Here's part of the answer.

It all started Tuesday night at the Democratic debate in Des Moines when CNN President Jeff Zucker decided to destroy the Sanders for president campaign.

Now, Zucker poses as a television executive, but he operates like a political consultant. His latest client is the Democratic establishment, which has dispatched him to crush Bernie Sanders before he can take control of the party.

So just before Tuesday night's debate, CNN ran a story claiming, without any proof at all, that Bernie Sanders had once told Elizabeth Warren, that a woman could not be president. Sanders denied that charge vigorously but the message was unmistakable and crystal clear: He is a sexist, don't vote for him.

By Wednesday morning, the Sanders campaign was reporting its best-ever fundraising on a debate day, with more than 100,000 individual donations. So it turns out it's possible to level attacks that are so stupid and so unfair, that they wind up helping the person you're trying to hurt.

CNN relentlessly hyped the allegations on-air and then once again during the debate. Here's how Zucker's hand-selected moderator framed the story.

Abby Phillip, CNN political correspondent: Senator Sanders, I do want to be clear here. You're saying that you never told Senator Warren that a woman could not win the election.

"Senator Warren, what did you think when Senator Sanders told you a woman could not win the election? Which he clearly did because he is old and hates women and also lies a lot." Just more "journalism" from our friends on cable news.

Suddenly, in weed-scented apartments around Brooklyn and the Bay Area, legions of Bernie supporters understood for the very first time why Donald Trump is always attacking CNN.

Why? Because CNN deserves it. And thousands of them reached for their credit cards in response.

By Wednesday morning, the Sanders campaign was reporting its best-ever fundraising on a debate day, with more than 100,000 individual donations. So it turns out it's possible to level attacks that are so stupid and so unfair, that they wind up helping the person you're trying to hurt.

That's the lesson CNN has repeatedly failed to learn in the Trump era. And they were no smarter this time.

From within Jeff Zucker's dark and airless bubble, everything seemed to be going precisely according to plan. Here's this:

Chris Cillizza, CNN politics reporter and editor-at-large: Sanders, look, a lot of it is personal preference. I didn't think his answer vis-a-vis Elizabeth Warren and what was said in that conversation was particularly good. He was largely dismissive. "Well, I didn't say it. Everyone knows I didn't say it, we don't need to talk about it."

Jess McIntosh, CNN political commentator: And I think what Bernie forgot was that this isn't a he-said-she-said story. This is a reported-out story that CNN was part of breaking. So to have him just flat out say no, I think, wasn't nearly enough to address that for the women watching.

Van Jones, CNN political commentator: This was Elizabeth Warren's night. She needed to do something and there was a banana peel sitting out there for Bernie to step on when it came to his comments about women. I think Bernie stepped on it and slid around. She knocked that moment out of the park.

But no one in Zuckerland thought it was funny at all. They had their orders, they proceeded to carry them out with grim determination. "Onward to battle! Bernie must be stopped!"

It almost seemed personal, and in some ways it was personal. 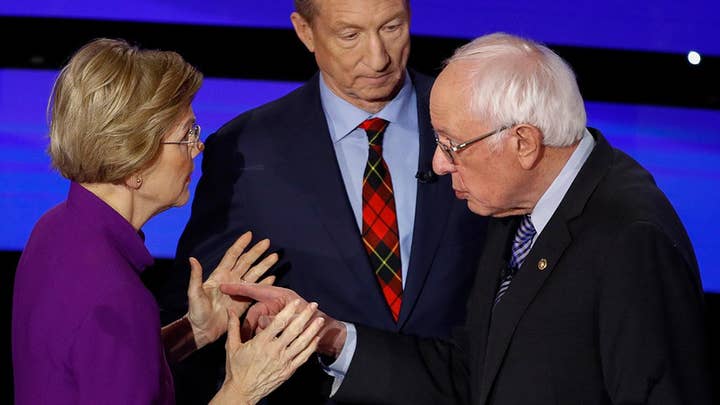 Just four days ago, CNN settled a lawsuit with its unionized employees for a record $76 million dollars. It was the single largest payout ever collected in the 84-year history of the National Labor Relations Board.

When that deal was announced, Bernie Sanders issued a statement celebrating the win for CNN's oppressed and miserable workforce (and they are, trust me): "Congratulations to the Communication Workers of America for this victory. This is the result of the union fighting for years to get these workers the justice they deserve."

Jeff Zucker was not amused by that. He readied his troops for battle. But in the end, it didn't work.

And by the way, it won't work. Americans may dislike politicians but they hate the media more. If forced to choose between Bernie Sanders and CNN, most people will go with Bernie.