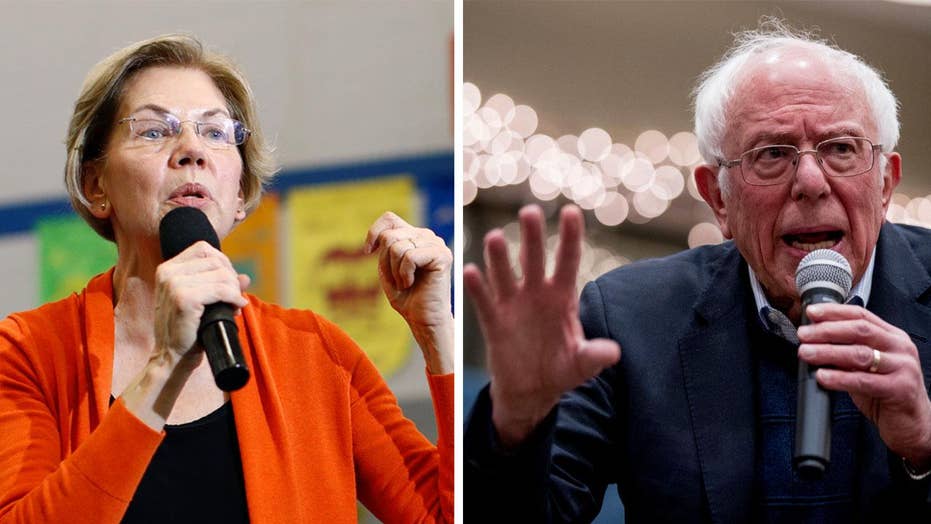 CNN is being accused of "media malpractice" over its handling of the disputed claim that Sen. Bernie Sanders, I-Vt., told Sen. Elizabeth Warren., D-Mass., that a woman couldn't win the presidency during a December 2018 meeting.

The liberal news network broke the story on Monday. The network cited unnamed sources close to Warren who claimed that the Vermont senator told her that he didn't believe she could win a presidential election because she's a woman.  Sanders denied the claim, but Warren affirmed the report.

At Tuesday night's debate in Iowa, Sanders was asked about the dustup by CNN political correspondent Abby Phillip.

"CNN reported yesterday that- and Senator Warren confirmed in a statement-- that in 2018 you told her that you did not believe that a woman can win the election. Why did you say that?" Phillip asked.

"Incredible. The CNN moderator asked Warren as if it were de facto true that Bernie told her a woman couldn't be president. I cannot believe a moderator did not ask her if it was true. She just said straight up what did you think when Bernie said that to you? I'm blown away." Daily Caller editor-in-chief Geoffrey Ingersoll reacted.

"Wait CNN just refused to listen to Bernie and just took what Warren said was the truth? progressive commentator Hasan Piker asked, later adding "what CNN is doing tonight should be criminal."

"The kids gloves the moderators have right now is exasperating. Both candidates are, in effect, calling the other a liar. And they're being allowed to just skate past it!" Washington Free Beacon reporter Alex Griswold exclaimed.

"Seriously it is outrageous that CNN would take Warren's accusation as a statement of fact. Media malpractice," The Hill TV host Saagar Enjeti declared.

Even Donald Trump Jr. went to bat for Sanders and slammed the liberal network.

"How did CNN just pretend that Bernie didn’t totally deny that he said a woman couldn’t win and pretend like it it was a fact just because Warren said so? It’s not like her entire persona isn’t built on lies... Is the fix against Bernie in again???" the president's son questioned.

Sanders flatly denied the claim that was made in CNN's report on Monday while Warren initially did not comment on the claim.

Following the report, a video clip from 1988 surfaced of Sanders expressing his support for a woman to become president.

"The real issue is not whether you're black or white, whether you're a woman or a man -- in my view, a woman could be elected president of the United States," Sanders said at the time while backing Jesse Jackson's candidacy. "The real issue is whose side are you on? Are you on the side of workers and poor people or are you on the side of big money and the corporations?"

However, Warren issued a statement affirming the report.