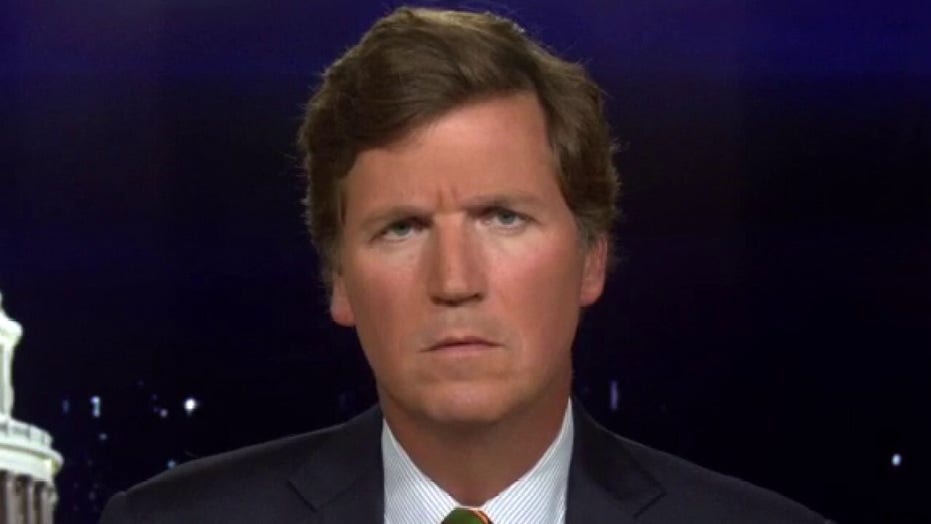 Tucker: The time for mass quarantines has passed

The problem with assessing political candidates is you never really know what they're like until they get ahold of power. And by then, of course, it's too late.

The decent ones wield power with restraint and humility. They understand the limits have their own wisdom -- human wisdom -- and they also understand the inevitability of unintended consequences, which are the rule. They know they won't be in charge forever, and so they tread lightly.

But the bad ones, they go crazy. And the more power they get, the crazier they go. Power is the drug they've been searching for. It's why they went into politics in the first place -- not to help you or their fellow citizens or to improve our society, but to fill the empty space inside themselves. These are profoundly damaged people. Not a single one of them has a functional relationship with their fathers, not one.

Unfortunately, people like that run a lot of this country right now. They've never had more power at any time in our history.

As this coronavirus pandemic recedes, it's becoming clear that cities and states that have cautiously reopened did the right thing. They are reaping the benefits of that. Nowhere has the virus surged back. Hospitals haven't been overwhelmed, death rates have not spiked.

The time for mass quarantines is passed. And yet in some places -- and this is the measure of bad leadership --lockdowns are becoming more restrictive, not less, and much, much weirder.

In Illinois for example, J.B. Pritzker, an aging ne'er-do-well who bought the governor's title a year and a half ago for $172 million in inherited money, has issued yet another emergency order. This time, Pritzker vows to imprison business owners if they try to reopen.

This is what happens when neurotic dumb people get power. They do neurotic dumb things and then throw you in jail if you complain about it.

Meanwhile, in New York City, pothead Mayor Bill de Blasio has announced that anyone who dares to swim will be yanked out of the water, of course, because the virus spreads so easily in the ocean. Pothead Bill.

In Los Angeles, as we told you on Friday night, the mayor there has told the beachgoers they can walk on the wet sand,-- totally fine -- but not the dry. Dry sand is dangerous.

Laura Curran, Nassau County executive: I will fill you in on what those rules are. Singles only, no doubles. Only every other court. You have to have a court between players, between people -- sets of people playing. Every player, unless they're from the same household, has to bring their own tennis balls so that you don't touch other people's tennis balls.

Singles only, no doubles. She wants you to know that in Nassau County, it is illegal to touch other people's tennis balls.

This is what happens when neurotic dumb people get power. They do neurotic dumb things and then throw you in jail if you complain about it.

Thankfully, in spots around the nation, people are starting to remember that this is America. Just because morons like J.B. Pritzker would like to stage a flu d'etat does not mean that the rest of us have to play along. Several sheriffs in Illinois have now announced they will no longer enforce J.B. Pritzker's orders. They're too stupid. They're absurd. They're also unconstitutional.

Many others -- individual Americans -- are standing up for themselves in quieter ways. Here's how we know: Because it controls your smartphone, Apple can track travel across the country. Now, that's scary. But in this case, it's interesting.

Here's why. Over this past weekend, for the first time since the lockdowns began in mid-March, nationwide driving trends were well above the baseline average. And that means Americans are voting with their feet. They're ignoring the orders. They're breaking their isolation.

Last week on the show, we talked to a New Jersey gym owner called Ian Smith. Smith vowed to reopen his gym on Monday, no matter what.

Tucker Carlson: So, [New Jersey Gov. Phil] Murphy clearly doesn't know what to do to keep people safe. So many in New Jersey have died. He has arrested people for attending weddings.  You're openly defying him on television. What do you think is going to happen to you when you do this?

Ian Smith, gym owner: We're prepared for any and all consequences. Our actions on Monday are going to be grounded in the ideals of civil disobedience. What we intend to showcase is that we reject the premise of essential versus nonessential businesses. 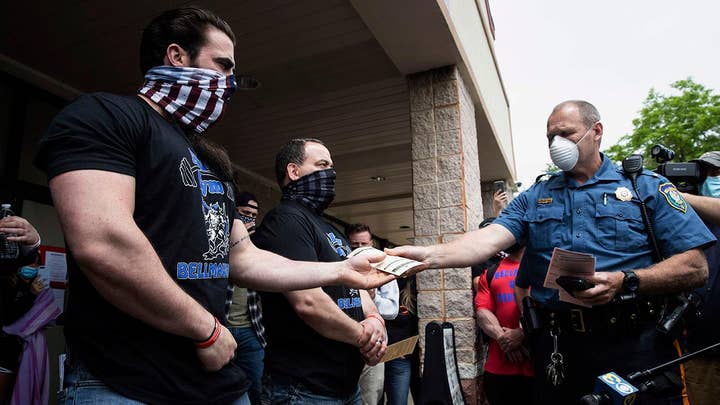 So Smith wasn't joking. His gym reopened, and a big crowd arrived when it did. The police arrived, too. Here's what happened next.

Police officer: We are and we're only here for everybody's safety today. We plan for the worst, hope for the best, and that seems like that's what we have out here today.

Normally, you're all in violation of the executive order. On that note, have a good day. Everybody be safe.

Kind of a touching exchange. A happy ending.

But it didn't last long. The police, as you just heard, preferred to leave citizens in peace. They weren't hurting anybody. But then their supervisors forced them to return with threats.