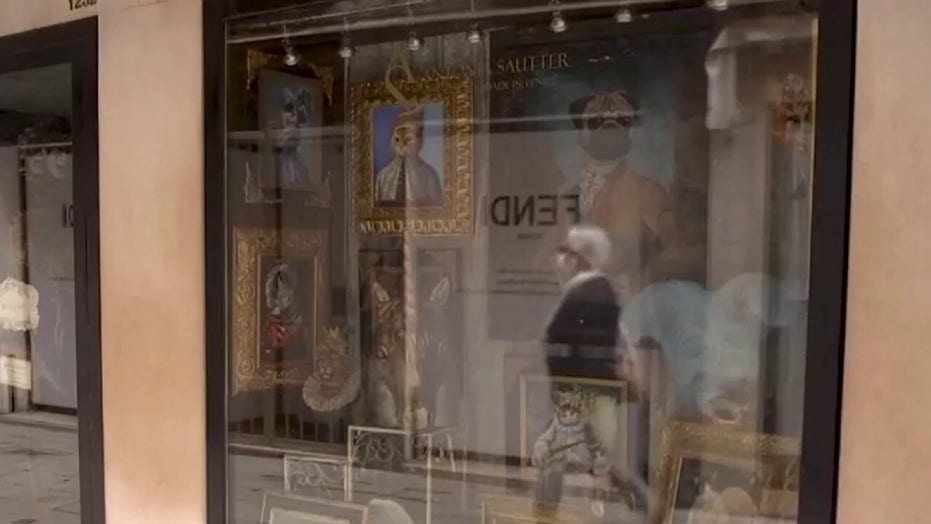 I was asked recently if I thought we would be able to watch college football this fall.

My flippant answer: “I couldn’t tell my good friend Randy Evans (the U.S. ambassador to Luxembourg) that his beloved Bulldogs would not be playing in Athens this fall, so yes, we will have college football.”

Then I got to thinking about the question.

LIZ PEEK: AS CORONAVIRUS AND BIDEN FADE, TRUMP AND ECONOMY GET THIS GOOD NEWS

It is a commentary on the dominance of the dire, defeatist public health pundits that whether there will be football more than 100 days from now could even be a question.

In fact, we should expect that by Labor Day baseball games will be played with socially spaced crowds, and the World Series attendance will be close to normal.

Simply put: America should be addressing these challenges with a “yes, and” attitude instead of “no, because” attitude.

As I am writing this, Italy is reopening stores. After nine long weeks, the Italians have begun to beat the coronavirus decisively enough to move beyond only allowing grocery stores, pharmacies and gas stations to operate. Of course, there will be initial restrictions, mask-wearing, personal spacing and other measures.

On Sunday, Callista and I walked around the Villa Borghese park with thousands of people spacing themselves. There were children riding bikes, and more than a dozen little food stands were busy serving people. The workers were wearing masks and gloves.

This morning, the Vatican announced St. Peter’s Basilica would be open as of Monday. We also just got the great news that my favorite restaurant, Il Matriciano, was opening tonight. We already have a reservation. The Italian prime minister apparently changed his mind on Saturday and bumped restaurant openings up to May 18 from June 1. In fact, Italy has announced that it will be open to tourists beginning in June. Similarly, Greece has announced it will be open to tourism in July.

As Ambassador Evans wrote me from Luxembourg, “High schools [are] open now. I can see them every day from CMR. All schools start back on May 25. There are many countries in Europe with schools open.”

When you think about the scale and complexity of the United States, the idea that there might be a nationwide ban on sports is just crazy. It might be necessary to move some games out of the most dangerous cities. But in most of the country, sporting events should be completely manageable.

Liberalism has become an ideology of fear. Remember, global warming will kill us in the next decade – just as it was supposed to kill us this decade as of last decade, according to some liberals.

It says something about the intense liberal and anti-Trump bias of the news media that New York Gov. Andrew Cuomo – who has presided over almost 14 times as many COVID-19 deaths as Kemp – is a hero of the media while Kemp is disparaged and attacked. The most amazing example of this clear bias was The Atlantic’s April 29 article entitled “Georgia’s Experiment in Human Sacrifice.”

Let’s be clear about what’s happening. Liberals, including many in the media, would like to keep the economy closed as a key step toward defeating President Trump in November.

Furthermore, liberalism has become an ideology of fear. Remember, global warming will kill us in the next decade – just as it was supposed to kill us this decade as of last decade, according to some liberals. Catastrophism has been a hallmark of the left since Stanford Professor Paul Ehrlich warned in the 1970s that Britain would starve to death by 2000 (his astonishingly wrong prediction did not cost him tenure or status as an expert in the liberal community).

As Speaker Nancy Pelosi, D-Calif., just proved in her absurd $3 trillion legislation, Democrats are not interested in Americans succeeding. Democrats have become the party of noncitizens taking American jobs, American taxpayers subsidizing non-work for everyone, and a government-dominated system of decay and dependence.

From a liberal standpoint, sports involve winning and losing. They often involve intensely competitive behavior that violates the socialist norm of everyone being equally mediocre, passive and dependent.

The question of restarting sports and other activities by this fall or hiding and cowering is a classic example of classic American values versus liberal values.

However, there are enemies who must be defeated before we will be able to get school and professional teams back on the field – those trial lawyers who want to sue everyone they can.

Europe does not face the litigation crisis about reopening that America faces. Trial lawyers play a limited role in Europe because may countries have “loser pays” systems. The kind of class action suits that would bankrupt U.S. colleges and professional teams trying to reopen simply are not a factor in Europe.

So, Senate Majority Leader Mitch McConnell, R-Ky., is exactly right to insist that litigation reform protecting businesses and institutions from the destructive attack of trial lawyers must be part of the next serious COVID-19 legislation.

If we really want America to bounce back – and we want to see competitive sports revived – we must insist on the McConnell litigation reform as part of the next pandemic legislation.

We clearly must plan to reopen the schools and athletic facilities and get back to being a free country by Labor Day.

This is the great challenge to America and to our leaders.