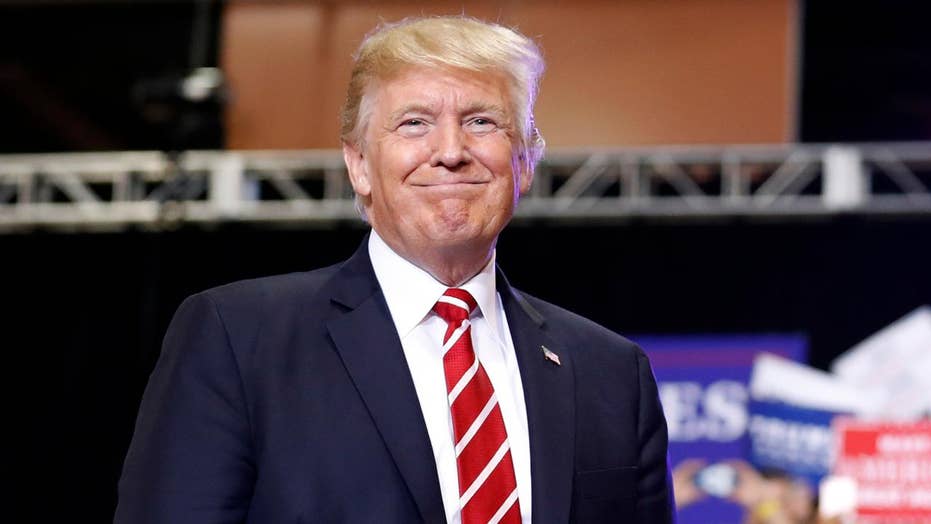 In President Trump’s fiery address to a raucous crowd of Phoenix supporters, he boldly promised “believe me, if we have to close down our government, we’re building that wall.” Earlier in the day, he visited border patrol agents and military in Yuma, Arizona, where expanded border barricades have proven very effective at reducing illegal crossings.

Also on Tuesday, McClatchy News made a splash with a story about the potential for a grand bargain on immigration between the White House and the Hill. According to sources, the administration may concede to moderates on DACA (Deferred Action for Childhood Arrivals) -- the so-called "Dreamers" brought to the U.S. as children -- in exchange for a funded border wall and tougher immigration policies resembling the RAISE Act, recently outlined by White House aide Stephen Miller in a heated briefing room appearance.

Many on the right revolted, as Breitbart called it “Amnesty First” and Rosemary Jenks from NumbersUSA, which advocates for restricted immigration, declared: “DACA needs to be ended.”  While I rarely disagree with voices of the populist right, if such a deal is indeed afoot, the president should seize the moment, simultaneously showing his heart while also protecting the long-term safety and economic interests of Americans.

If such a deal is indeed afoot, the president should seize the moment, simultaneously showing his heart while also protecting the long-term safety and economic interests of Americans.

DACA’s implementation by executive order under President Obama unconstitutionally usurped Congress’s plenary powers under U.S. law.  Many states, most notably Texas, plan to sue the federal government over this issue, essentially forcing the White House’s hand.  Either the Trump DOJ must fight Texas in court to preserve Obama’s king-like edict -- an impossibility -- or a deal must be reached with Congress.

Paradoxically this President, so roundly derided as anti-Mexican and xenophobic, represents the best chance in decades at real, substantive immigration reform – and on “America First” terms.

Regarding the DACA arrivals, the president compassionately maintained their status, recognizing that they were brought as children and had no say in breaking our immigration laws. Many of them have lived in America for decades, speaking English, attending our schools and now earning livings. So long as they’ve graduated high school and remain law-abiding, I believe they should be granted legal status, but not citizenship.  Why that distinction? Because we cannot allow illegal migrants to become voters nor should we promise this policy is irrevocable, a status full-fledged citizenship would confer.

Most importantly, I implore my colleagues on the populist right to embrace the political reality that this proposed deal can deliver on the most important foundational promises of the Trump movement: both the Border Wall and a far more coherent immigration law as outlined in the Cotton/Perdue RAISE act. Sadly, squishy Republicans who populate the U.S. Senate ensure that no stand-alone wall funding will pass. But, we can and should horse-trade by making DACA the law of the land and, in exchange, secure immediate wall construction PLUS an important shift to a skills-based, more restrained immigration model.