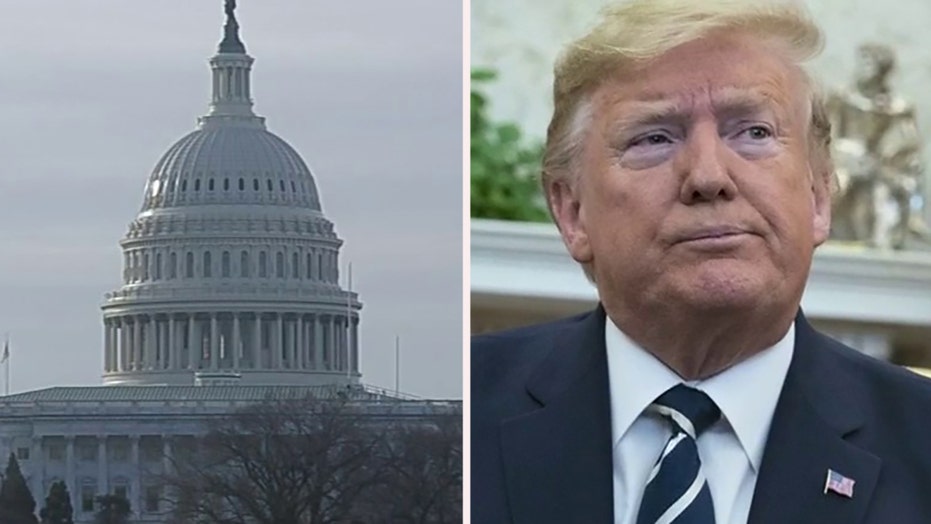 Senators will hear closing arguments in the impeachment trial ahead of the Iowa caucuses; Mike Emanuel reports from Capitol Hill.

President Trump will likely be acquitted when his impeachment trial concludes Wednesday with a vote in the Senate. That’s the right verdict.

Trump did not commit “Treason, Bribery, or other high Crimes and Misdemeanors,” as the Constitution requires for impeachment. He was not even accused of any such offense.

For example, the House of Representatives considered charging the president with at least “bribery.” Yet members could not justify that accusation.

BONGINO ON SCHIFF SAYING THERE WAS NOTHING DEMOCRATS COULD HAVE DONE DIFFERENTLY IN IMPEACHMENT TRIAL: ‘THIS IS HILARIOUS’

Instead, the House’s first impeachment article charged that Trump “abused the powers of the Presidency by ignoring and injuring national security and other vital national interests to obtain an improper personal political benefit.”

In fact, however, politics-as-usual is an abuse of power for personal political benefit. Nearly all the politicians accusing President Trump are guilty of it themselves. They pander to their base, cater to special interests, place party before country, take dark money, horse-trade, collude, siphon taxpayer funds for pork-barrel pet projects, commit gerrymandering to rig elections, flip-flop on issues, misrepresent their records, conceal information, and just plain lie.

“Abuse of power” does not justify the impeachment of President Trump. If it did, it would impeach virtually every Democratic and Republican elected official in the United States.

The second impeachment article is equally absurd. It impeaches Trump merely because he resisted impeachment. Specifically, it charges “obstruction of Congress” because Trump refused requests for information during House impeachment hearings.

Trump did this for two main reasons. First, the House neglected to duly authorize its own “subpoenas.” Second, the House’s impeachment hearings violated due process.

Tellingly, the House did not even take itself seriously. For example, after former National Security Adviser John Bolton refused the House’s request for testimony, House Democrats withdrew their request rather than defend it before a judge. 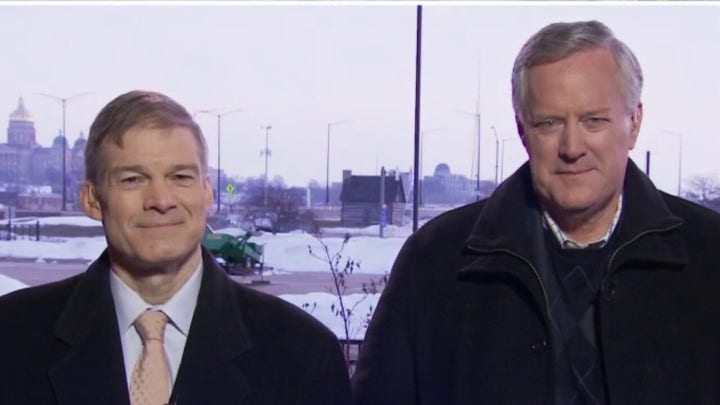 Then, only after the House finished its impeachment hearings, Bolton reversed himself and declared he would appear on the world’s biggest stage: Trump’s Senate impeachment trial, televised to a national and global audience.

Bolton’s reversal came days after he submitted a manuscript for a tell-all book to the White House National Security Council. On Jan. 23, the NSC told Bolton his book was unpublishable because it contained “significant amounts of classified information.” On Jan. 24, Bolton’s lawyer asked the NSC to review one chapter in particular, because “Bolton could be called to testify as early as next week” about it.

Like clockwork, on Jan. 26 The New York Times published an article purportedly disclosing information from that chapter. That same day, the Bolton book became available for pre-order sales on Amazon. It shot to the top tier of Amazon’s bestseller list.

This raises an obvious question: Is the former national security adviser obtaining a personal financial benefit from selling books and making paid speeches while ignoring national security or other vital national interests?

The news media obliged, grandstanding on whether the Senate should subpoena testimony from Bolton. A Brooklyn-based baker even mailed cakes to senators urging them to subpoena Bolton.

Let them eat cake – but do not let them turn impeachment into an inquisition or a publicity stunt.

Unfortunately, some senators reciprocated the baker’s quid pro quo and voted Friday to call witnesses like Bolton. Presumably, they saw some “personal political benefit” in doing so.

Fortunately, the vote failed. Perhaps someone will bring John Bolton to the president’s State of the Union address on Tuesday instead.

This spectacle-driven impeachment shows how history repeats itself: first as tragedy, then as farce.

First, the impeachment of President Bill Clinton was a tragedy. Clinton sexually exploited a 22-year old intern inside the Oval Office. He lied about it under oath, committing perjury – a felony crime punishable with a prison sentence. Nevertheless, the Senate persisted to keep Clinton in the White House.

Now, the impeachment of President Trump is a farce. It even started with an inside joke.

Government insiders gossiped up a whistleblower’s report that complained about Trump’s Ukraine policy. Many think they know the whistleblower’s name, but the game is that nobody is allowed to say it.

Yet nearly every page of the whistleblower’s report cites publicly available information. The whistleblower relied on news stories from The New York Times, ABC, Bloomberg, Fox News, Politico, and The Hill. He admitted “there is ample open-source information about the efforts I describe … including statements by the President” made on national television and Twitter.

Like a protester putting on a Guy Fawkes mask, the story became more interesting when dressing up in character: the top-secret whistleblower. James Bond with a desk job.

Tough crowd, the Senate. It did not laugh at Schiff’s show, and on Friday it voted against giving Schiff a do-over with a new season of witness hearings. That was a wise decision.

Now the impeachment show is closing, just as Democrats begin voting for a candidate to challenge President Trump in the November election.

Politicians have every right to campaign against the president. But they also have a job to do: legislating and working to improve the lives of the American people.

By distracting the president from his own job – and hijacking the attention of the public to promote a show trial when there are actual crises facing the nation – Democratic House members abused their power to obtain an improper personal political benefit at the expense of national security and other vital national interests.

This show must not go on.