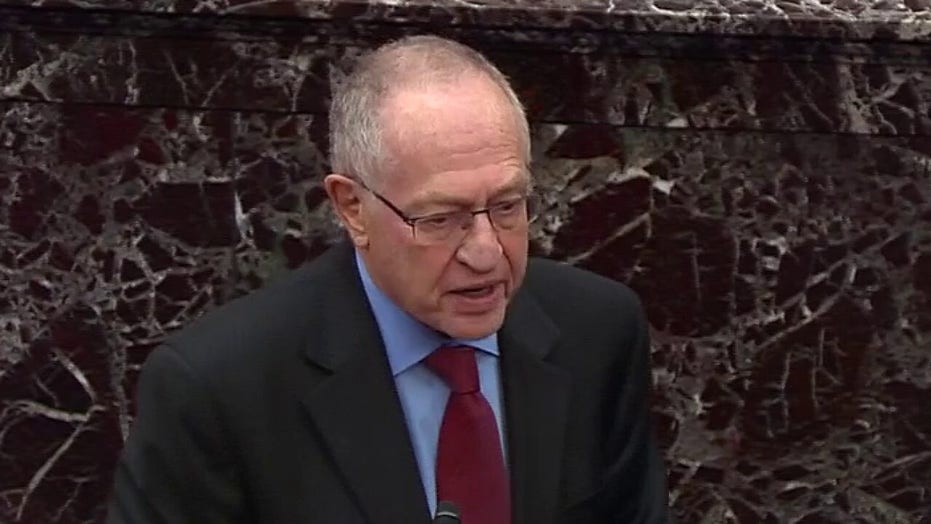 Although it is nearly over, the impeachment and trial of President Trump have taken on a despicable quality unworthy of a free people.

A concern for the political health of the nation compels decent people to state openly what has gone on here: political deception on a massive scale meant to overthrow the election of 2016 and corrupt the 2020 election. Led by Adam Schiff and Jerrold Nadler, the Democrat Party has been promoting and is likely to continue to promote a subterfuge meant to confuse the American electorate and radicalize politics.

In the articles of impeachment, there was no serious case made against President Trump for wrongdoing. Indeed, one wonders whether the House managers were really interested in removing the president in the first place.

TOM BASILE: PELOSI'S IMPEACHMENT GAMBLE FAILS – HERE'S WHAT GOING ALL IN COULD COST HER AND THE DEMOCRATS

For all their solemn invoking of the American founders and the Constitution, the House managers’ presentation was designed to delegitimize the American political system as a whole. Their constant accusations that the president is a liar and a cheat, and their allies in the media with their hatred of Trump and mockery of his voters, create the conditions of what some have called a Cold Civil War.

Does anyone really believe that President Trump needed political dirt on Joe Biden and his family to defeat him should he be the Democratic nominee in November 2020? In 2016, Candidate Trump didn’t attack Hillary Clinton based on her numerous scandals, including Whitewater or her dealings with Russia and Uranium One? Instead, he went after her as the chief representative of America’s ruling elite and their failure to secure the border, negotiate good trade deals, and get America out of failed military engagements.

Biden is an even greater representation of this failure of government. If Biden does become the nominee, Trump will make the case that a vote for former vice president is a vote for the failed policies of the past. So perhaps when Trump asked President Volodymyr Zelensky to examine what happened with the investigation of the Bidens and Burisma, it was nothing more than what it appeared to be: a concern over corruption that should not have gone unchecked.

Anyone with any common sense would have to believe that something was wrong when Vice President Biden bragged at a meeting of the Council of Foreign Relations about getting the Ukranian prosecutor Viktor Shokin fired in April of 2016. That Biden would pressure the Ukranian government to fire the prosecutor of the company that employed his son Hunter Biden, however, is amazingly above reproach. In the fantasy world of Adam Schiff and the House managers, to inquire about this is to “hurt an ally (Ukraine) and help an enemy (Russia).”

If there was a theme that emerged from the impeachment process, it is that the real crime by Trump is rejecting the collective wisdom of Washington’s foreign policy establishment.

The thought of withholding aid from Ukraine — which didn’t happen — was also the source of much contention. One imagines that Trump was not too keen about giving aid to Ukraine in the first place. Their government is corrupt and it is not a vital strategic interest of the United States. We wish the people of Ukraine well but they are not our allies and their defense is their responsibility, not that of the American people. After listening to the House managers, one would think the U.S. had no more important ally than Ukraine. 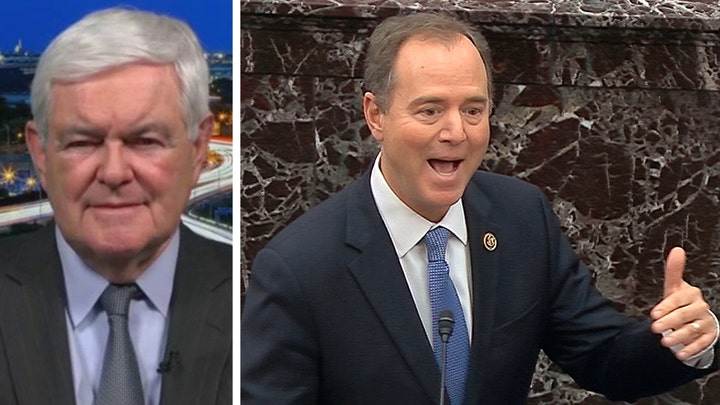 When the history of the impeachment is written it will be interesting to see exactly why the Democratic Party and Schiff and Nadler chose to make their fight about Ukraine. Likely it will be that they learned the lesson from the Mueller investigation that there were leftist elements in the U.S. intelligence community — James Clapper, John Brennan, Susan Rice — that had counterparts throughout the government that had remained in the early years of the Trump administration.

Their own self-interest was to perpetuate the globalist agenda that had dominated 30 years of what passed for American foreign policy. What better way to undermine President Trump than to rely on evidence that only the intelligence community could control?

After all, if there was a theme that emerged from the impeachment process, it is that the real crime by Trump is rejecting the collective wisdom of Washington’s foreign policy establishment. It is reported that Trump would often disagree with or question his daily intelligence briefings and that the judgments of his foreign policy advisors were frequently ignored.

Although this is his prerogative as commander in chief, it stirred the animus of intelligence officials — the whistleblower, Lt. Col. Alexander Vindman, Ambassador Marie Yovanovitch, former National Security Council staffer Fiona Hill — who thought little of our constitutional order and believed themselves above the democratic process and those 63 million Americans who voted for Donald Trump.

The only thing more despicable than this is Schiff and Nadler, who used it to orchestrate what will have been a failed coup against the president.

Thankfully, the American people know they are being deceived by the Washington establishment. In this election year, pray that men and women of good faith look hard at what has transpired. The president will be acquitted. It can come none too soon.

Brian T. Kennedy is former president of the Claremont Institute and chairman of the Committee on the Present Danger: China.