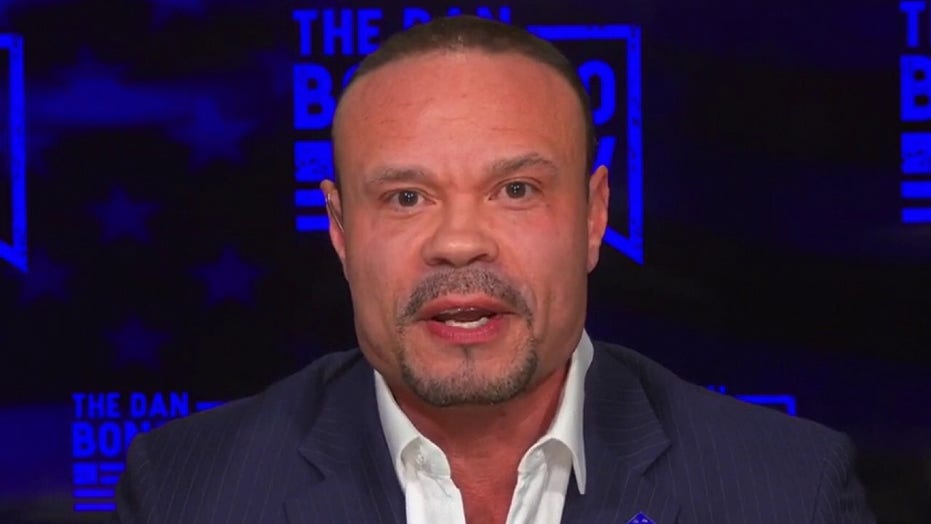 Impeachment manager Rep. Adam Schiff is convinced there was 'nothing' Democrats could have 'done differently' in their impeachment probe; Fox News contributor Dan Bongino reacts.

Former NYPD officer and Secret Service agent Dan Bongino reacted Monday to Adam Schiff’s "hilarious" day-old comments in which the California Democrat he said he believes his party proved its case against President Trump and that there was nothing they could have done differently.

“First he says that he wouldn't do anything different,” Bongino, a Fox News contributor, said on “Fox & Friends.” “Let me give you a little hint, Adam. Here is one thing I would have done differently: I would have produced an actual high crime or misdemeanor, which is the prerequisite to impeach a president.”

Schiff, the lead House impeachment manager, made the statements on CBS’ “Face The Nation” on Sunday saying, “Look, there's nothing that I can see that we could have done differently because, as the senators have already admitted, we proved our case. We proved our case.” 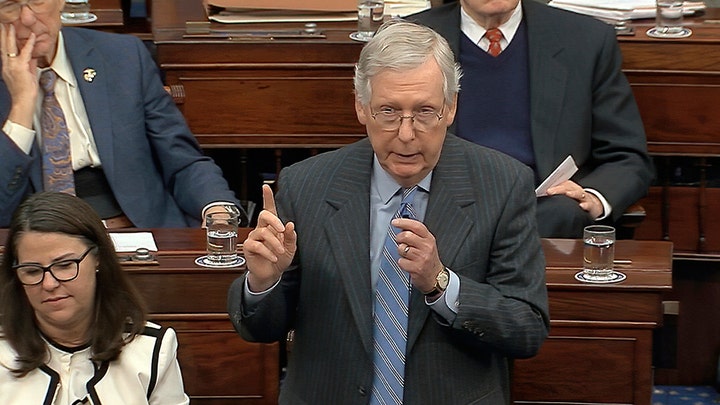 Schiff continued: “Now, the president's lawyers have said time and again, I think, hoping through sheer repetition to make something true that is, in fact, untrue, that the process in this impeachment was different than in Nixon and Clinton. In fact, the president had the same due process rights, which he did not avail himself of in this process as in the prior ones.”

In response, Bongino said on Monday: “[Schiff] says, ‘Listen, we proved our case beyond reasonable doubt.’ Well, that's not what you’re saying to the American people.”

"He keeps telling people he needs more witnesses to prove his case. I mean, seriously. What is it, Adam?”

He went on to ask, “Is the case proved beyond reasonable doubt or do you need new witnesses to prove a case where the facts don't back you up? Which story is true?”

Schiff’s comments come just two days after the Senate voted against calling any witnesses in the impeachment trial, and just days ahead of the likely vote to acquit Trump on the two charges brought against him in the House. Trump was impeached in December on charges of abuse of power and obstruction of Congress in relation to his July phone call with Ukrainian President Volodymyr Zelensky, who he asked to investigate the Bidens. 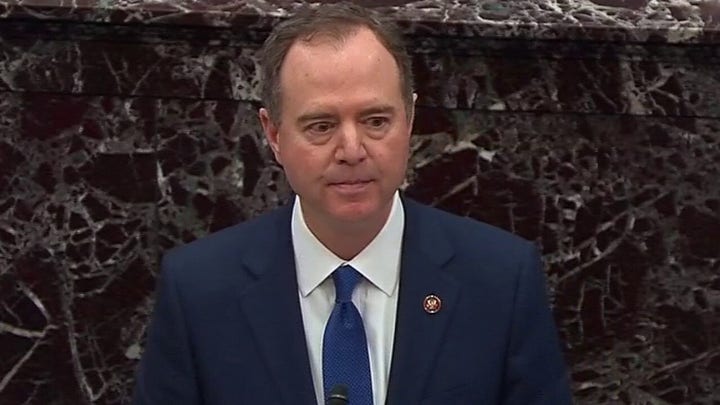 “There’s no victim,” Bongino said on Monday as he continued to react to Schiff’s Sunday statements. “You can't have a high crime or misdemeanor with literally no victim. They [Democrats] cannot find a single Ukrainian of significance to come out and say they felt pressured by President Trump.”

He went on to say that “the Democrat corruption in Ukraine, which the Democrats want you to believe is a conspiracy theory, is real and has been reported on by left-wing media outlets.”

Only two Republicans joined Democrats to vote in favor of a measure to consider calling new witnesses as part of the impeachment trial. A final vote on Trump’s removal will be held on Wednesday when he is expected to be acquitted by the Republican-controlled Senate.