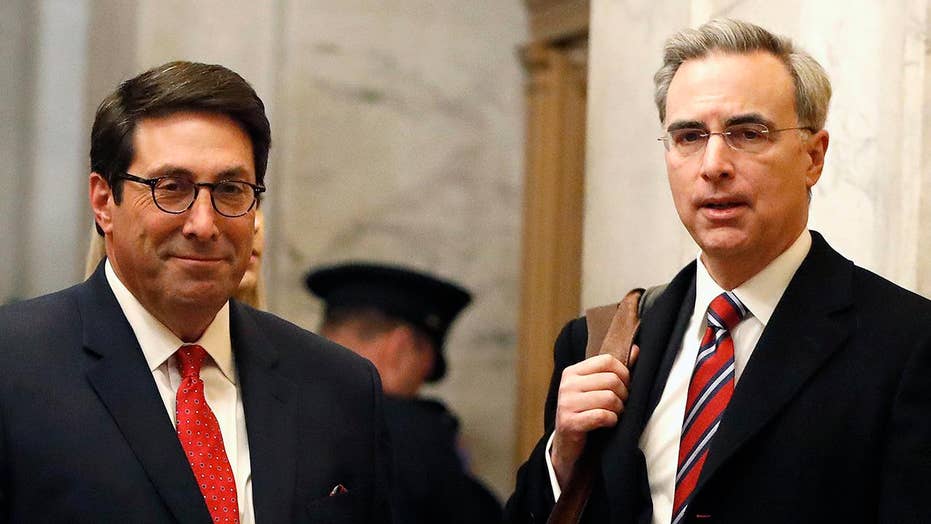 The president's team will focus on debunking the House mangers' narrative and putting the spotlight back on the Bidens.

The president’s lawyers started their case Saturday with a polished, professional, effective opening argument that would have been at home in a high-stakes criminal trial. In two hours, Pat Cipollone, Jay Sekulow, and colleagues systematically outlined the gaping holes in lead House manager Rep Adam Schiff, D-Calif. and his fellow impeachment managers’ case.

Led by White House Counsel Pat Cipollone, the defense team skillfully introduced the transcripts that Democrats are pretending do not exist: President Trump inviting Ukrainian President Zelensky to the White House, Trump’s repeated emphasize on corruption in Ukraine, including the Bidens’ dealings with Burisma, and explicit insistence to aides that there was to be under no circumstances a quid pro quo.

The president’s A team brilliantly flipped the script on Schiff, who has made himself the star in his fictional impeachment melodrama, by trolling Schiff with his own words even as they demonstrated his bias, the absurdity of his arguments and, most importantly, his repeated lack of credibility. Defense lawyers underscored the “greatest hits” of Schiff, master thespian. They played a clip of his fabulist, defamatory rendering of the president’s call with Ukrainian president Volodymyr Zelensky (which Schiff later tried to walk back by claiming it was merely “satire,” as if "Saturday Night Live" skit material belongs in the chair seat of a House impeachment hearing). The fact that the president himself quickly released the real transcript once Democrats had seized on it as an impeachment life raft, also featured prominently in the opening case.

The defense team then showcased Schiff’s extended obsession (at least 15 mentions in his opening statement) on Democrats’ now-debunked “Plan A” “Russia collusion” theory of impeachment, which was dealt a death blow by the anticlimactic Mueller report. Finally, the President’s lawyers surgically exposed Schiff’s shifting and incredible narrative as to the so-called “whistleblower” whose third-hand (or worse) anonymous complaint purportedly kicked off the “Plan B” Ukraine-based impeachment narrative.

By the time they were done exposing Schiff’s shifting story on his interactions with the whistleblower, the decision not to call him as a witness in the House, and reminding observers of Schiff’s claim not to know the whistleblower when his staff had communications with him, the President’s team managed to eviscerate Schiff’s credibility, paint him as a material witness and partisan as opposed to truthful advocate, and remind the Senate of both the paucity of evidence and lack of underlying impeachable offense, all in less time than it took Schiff to clear his throat and get started.

President Trump’s team brought not only tactics but also a compelling overarching theme – the context of the extended and ahistorically partisan impeachment spectacle in an election year when the people themselves can decide in nine months. Cipollone in particular calmly and definitively framed why we are here, a theory of the case far more in touch with reality than Schiff’s insistence he is a lone warrior fighting against a dictator and vast conspiracy arrayed against him. 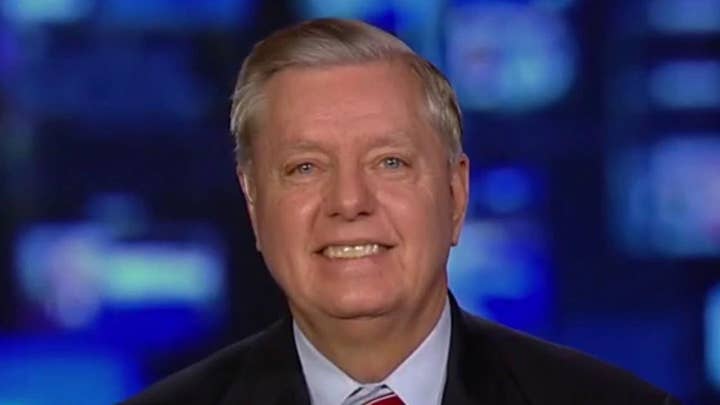 Experienced trial lawyers from across the political spectrum were quick to agree that the President’s team was off to a very strong start. Even CNN’s chief legal analyst, Jeffrey Toobin (no fan of President Trump), had to admit that “the President is winning here” and that the defense team had scored “fair points” about the release of the transcript and what was really said on the call. And CNN Senior Legal Analyst Preet Bharara (a prosecutor fired by President Trump in 2017) praised the defense team’s tactical decision to open with a short, hard-hitting salvo and ending Saturday’s session early.

To be fair, the performance bar started out low for the defense team, with House managers Schiff and Rep Jerry Nadler, D-N.Y. logging a series of nadirs in trial advocacy that are likely to be taught and analyzed in law schools and history books for years to come. All normal sense of decorum inherent to both court trials and Senate proceedings were rapidly defenestrated as Democrats bounced back and forth between name-calling and demagoguery inside the chamber and press conferences outside it.

Nadler seemed to want to make up for his prior failure to impeach in the House Judiciary Committee by ratcheting up the rhetoric to a "Spinal Tap" 11, casually calling the president a “dictator” and accusing the Republican Senate majority of participating in a “cover-up” if they did not give Democrats carte blanche to turn the Senate floor into a Democratic opposition research shop with authority to grill the most senior members of the administration before a national television audience. This shrill extremism shocked and alienated moderate senators, the key “swing votes” for authorizing witnesses.

Not to be outdone, Schiff called the entire constitutional and democratic order of the United States into question, claiming that U.S. Senators were unfit to decide on his case because they were afraid of their heads being “on pikes” and American voters were unfit to decide if Donald Trump should be the president because elections with Donald Trump contesting them are inherently suspect.

After House Democrats’ counterproductive performance, recent polls show that Americans are tipping against impeachment. Though voters aren’t the jurors, Senators suffering through this painful and divisive process surely are watching the polls in their districts with more urgency than at any other time in their careers. What Cipollone and Sekulow made clear on Saturday is that they won’t need political grandstanding, convoluted theories, fabricated “facts,” or gutter pettifoggery, to win their case. They’ll just need to keep calmly presenting the truth, framed by the history of this failed impeachment effort, and remind the jurors of their Constitutional duty to acquit the president, and let the American people decide in November.