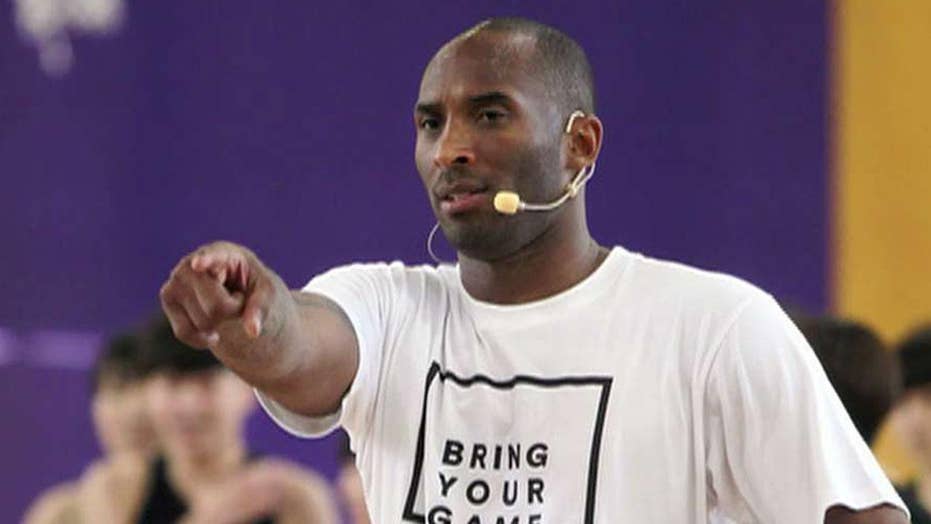 It seemed like the happiest of endings, a feel-good finish to a long and storied career.

Nearly four years ago, on a warm, Southern California Sunday evening in the early spring of 2016, 37-year-old Kobe Bryant had just scored a remarkable 60 points, a dramatic wrap on his 20th and final season with the Los Angeles Lakers.

Earlier in the afternoon, surrounded by reporters inside the Lakers locker room in the Staples Center, the future Hall of Famer was in something of a self-admitted daze.

“It’s surreal,” Bryant said. “It’s almost like you’re in a fog. Everything is moving extremely slow but extremely fast. You’re trying to take it all in. You’re not quite sure where to look.”

As the final buzzer blew and the blasts of balloons and cannons of confetti rained down on the hardwood, Bryant stepped off the court and into basketball immortality.

Still not even 40, the Philadelphia area native had achieved almost unprecedented success in his two decades in the National Basketball Association. With five NBA championships along with numerous All-Star appearances and impressive scoring records, Bryant had reached the summit and was ready for the next season of his life.

He’d have plenty of time now to spend with his wife, Vanessa, and three daughters. He had plans and dreams – and plenty of money and connections to make all of his wildest wishes come true.

But then came an early morning helicopter ride in January four years later with his daughter, Gianna, and others.

It’s not yet known exactly what happened, but in an instant, everything changed – and five lives passed from this one to the next.

The deaths of Kobe Bryant and his daughter, along with the other passengers on the ill-fated helicopter, have shocked the sports world, and understandably so.

The flight probably seemed routine at first, a route traversed countless times before. They were headed to Mamba Academy, Bryant’s popular training facility and personal labor of love the baller founded to help pass on his passion to the next generation of roundball aficionados.

Located in Thousand Oaks, Calif., dozens of NBA stars come and go from the Mamba complex, each of them having caught the bug from Kobe to give back and invest in the lives of others.

The deaths of Kobe Bryant and his daughter, along with the other passengers on the ill-fated helicopter, have shocked the sports world, and understandably so.

Tragedy is a part of the human condition, but we’re so often lulled into expecting things to unfold in an orderly fashion, especially that old age will be the cause of our death. It might be more or less true according to the actuarial tables, but the only thing predictable about life is its unpredictability.

Only the foolish take today for granted. There is no guarantee of tomorrow.

When I heard about Bryant’s death, I couldn’t help but wonder if he was ready to meet his Maker. A man of many gifts and talents, Bryant had endured his own share of personal struggles, including a much-publicized sexual assault charge earlier in his career and marital challenges halfway through it. The couple later announced they had reconciled and welcomed their fourth daughter into the world last year.

We tend to super-size celebrities, even sanctify and put them up on pedestals. The fact remains they’re really just like you and me, flesh and blood, all fighting some sort of battle and all of us facing the very same destiny, whether death comes at 41 or 82.

As the sun set on his career, Bryant partnered with legendary composer John Williams to create an animated short film called “Dear Basketball” – a poignant farewell in which the Los Angeles Laker expressed his appreciation to the game that shaped and defined him.

“I’m ready to let you go,” Kobe Bryant wrote, “I want you to know now, so we can both savor every moment we have left together. The good and the bad. We have given each other all that we have.”

Those words will likely take on new meaning to Bryant's family, friends and fans as they mourn and grieve his sudden passing.

None of his loved ones – or his legions of fans – are ready to let him go but, as Bryant felt toward his beloved game, they’re inevitably and eternally grateful for the time they had with him.