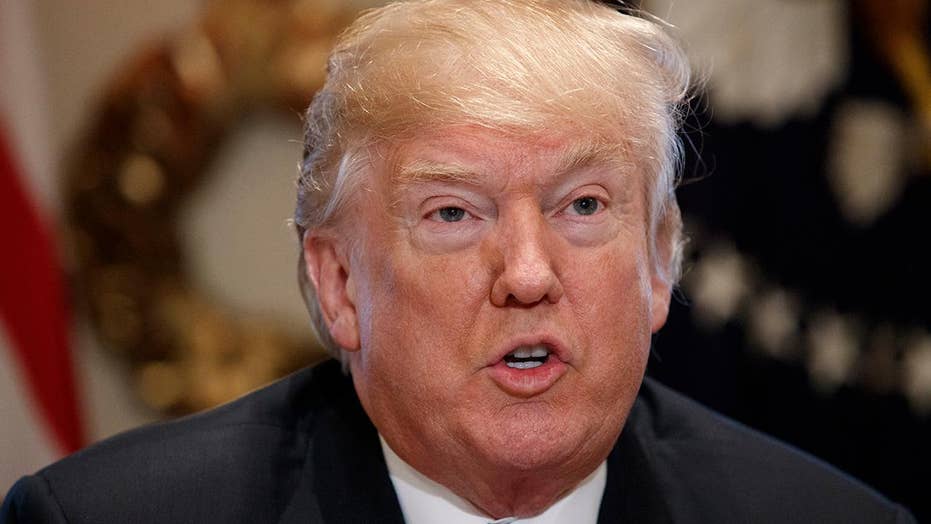 What's on the horizon for the Trump administration in 2018?

Lost amid this week’s tumultuous vote on a tax-cut bill, President Trump signed an executive order that may be even more important: guaranteeing America has a reliable supply of the critical materials needed to produce modern-era weapons as well as popular consumer goods.

The executive order, signed on Wednesday, follows a report by the United States Geological Survey that – not for the first time – identifies 23 critical materials, including metals, minerals and so-called rare earth elements (REEs) that America, once the world’s leading source of rare earths, no longer produces. The reason: China, our main trade nemesis and a potential future military enemy, can provide them cheaper.

News of the executive order was buried underneath the higher profile tax cut bill. But in-the-know businessmen say it as every bit as significant.

“Prior administrations didn’t want to tackle the issue,” says Anthony Marchese, chairman of Texas Mineral Resources Corp. “The liberal point of view is, if China is willing to sell us the material, let them do it.”

Trump, who ran for president on a promise to revive American mining, is doing just that. The White House says the executive order “aims to identify new sources of critical materials, ensure miners and producers have access to the best data, and expedite production, reprocessing and recycling of mineral at all levels of the supply chain.” In other words: Buy American.

“This is the most progress that’s been made on this issue this century,” says Jack Lifton, a rare earths expert and mining and refining consultant. “I cannot remember any previous administration showing any interest in critical materials.”

Rare earths are a group of elements and metals critical to producing everything from fighter jets to iPhones, automobiles, air conditioning units, GPS systems, missile guidance systems, aircraft carrier launchers, and just about anything else that turns on and off.

Past administrations, Republican and Democrat alike, have turned a blind eye to the potential hazard of relying exclusively on China, which now produces 96 percent of the world’s rare earths, to supply Pentagon contractors. “We gave away not just our manufacturing capability, but our rare material sourcing,” says Lifton.

Within weeks of Trump’s inauguration, the administration began to review various infrastructure projects, and concluded that U.S. companies could not produce enough critical materials in case of a price spike, or worse, a Chinese embargo. It was just such a Chinese cutoff of rare earth shipments to Japan in 2010 that caused prices to spike and the world market to panic.

Despite Trump’s reputation for running a disorganized administration, Marchese says the approach to reviving mineral mining has been smooth. “It’s a confluence of departments and activities and events that are finally coalescing to come up with a sensible strategy,” he says. Central to that strategy is the requirement that the Defense Department must give priority to American companies that want to get back into the mining and production of rare earths and other critical materials.

The government can’t tell Apple you must buy domestic. For all the faults that Trump has, he’s on the right track to securing critical materials from domestic sources. Because if we don’t do something, it’s going to come back to bite us.

It could even, eventually take a bite out of Apple.