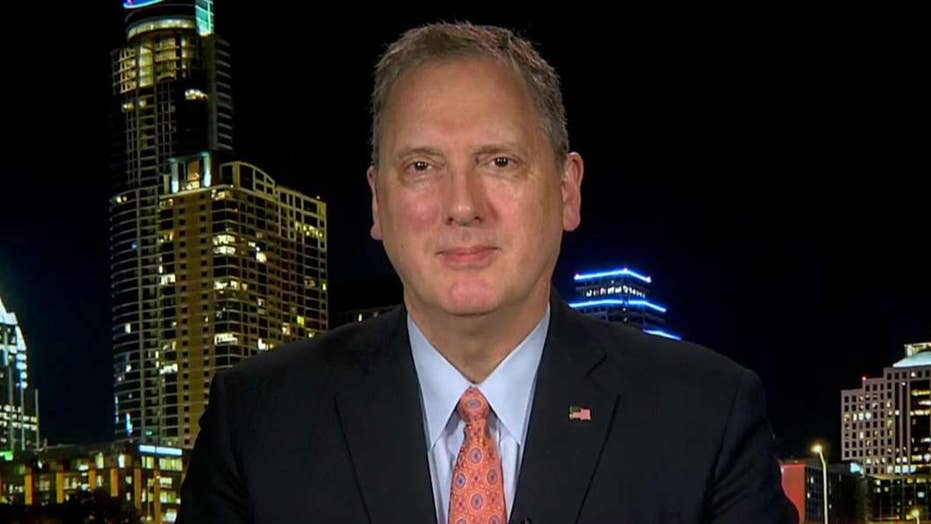 DeVore: Trump's assault on administrative state a win for US

Occurring largely behind the scenes, President Trump’s most significant contribution to a more prosperous America is also his least understood: his assault on the administrative state.

The administrative state is the manifestation of a form of government that invests power in an unelected bureaucracy that can write the rules, enforce the rules and sit in judgment on the rules – essentially combining the power of three branches of constitutional government into one.

The administrative state and danger it poses to self-rule were evident 180 years ago. After studying America’s character and system of government in the 1830s, Alexis de Tocqueville, the French author of “Democracy in America,” issued a prescient warning about soft tyranny.

De Tocqueville wrote that excessive regulation by government “compresses, enervates, extinguishes, and stupefies a people, till each nation is reduced to nothing better than a flock of timid and industrious animals, of which the government is the shepherd.”

When de Tocqueville wrote these words in 1835, the Federal Register – the federal government’s official journal of rules – was still 100 years off.

A little more than 40 years after the Federal Register’s creation, former U.S. Sen. Eugene McCarthy, D- Minn., quipped that “the only thing that saves us from the bureaucracy is inefficiency. An efficient bureaucracy is the greatest threat to liberty.”

In the last full year of President Obama’s term, the Federal Register contained more than 185,000 pages of regulations. Many of these regulations can, if not followed to the letter, lead to imprisonment and financial ruin. Moreover, bureaucrats lacking accountability to the voting public wrote these rules.

According to the Competitive Enterprise Institute’s annual publication “Ten Thousand Commandments – An Annual Snapshot of the Federal Regulatory State,” we spent some $63 billion in 2016 to pay for regulations and regulators.

We are funding an army of 220,000 highly trained people, many of them lawyers, to develop new and more complicated ways to tell the rest of us how to work and live our lives. Were these regulators an actual army, they’d outnumber the army of France.

These 220,000 regulators deploy 185,000 pages of regulations that drain about $1.9 trillion a year out of the economy – about the same amount of money as the federal government collects in individual and corporate income taxes and equal to a little more than one-tenth of the nation’s economic activity.

While regulations largely operate out of sight, taxes – especially the personal income tax –hits people directly in their pocketbooks. Over decades, the federal tax code has grown to 2,600 pages of complex interactions that take another 70,000 pages to explain.

President Trump has asked Congress to reduce and simplify our tax system in what would be the first major tax reform in 31 years. If successful, it would unshackle the American economy as much as will regulatory reform.

While regulators, their rules, and a complex tax code take their toll on jobs and prosperity, excessive federal spending also plays a part in misallocating scarce resources.

Every dollar directly spent by the federal government represents a priority, not of individual consumers and taxpayers, but of elected and unelected officials, corporate lobbyists and advocates for big government. As government spending grows, it crowds out voluntary economic activity, often picking winners and losers in the process.

Combining the four previously discussed factors can give a sense as to the soft tyranny exerted on society by the federal government.

Since 1960, soft tyranny’s natural trend has been to expand progressively. But encouragingly, there have been four periods of retrenchment where liberty beat back government power: President Kennedy’s tax cuts of the early 1960s; President Reagan’s tax and regulatory reforms of the early 1980s; the years of spending restraint following the Republican takeover of Congress in 1994; and today, with the advent of President Trump’s battle against the “swamp” in Washington.

Should President Trump and his legislative allies win this battle against the administrative state, the decade of economic growth, jobs and higher wages that will surely follow will be unprecedented.