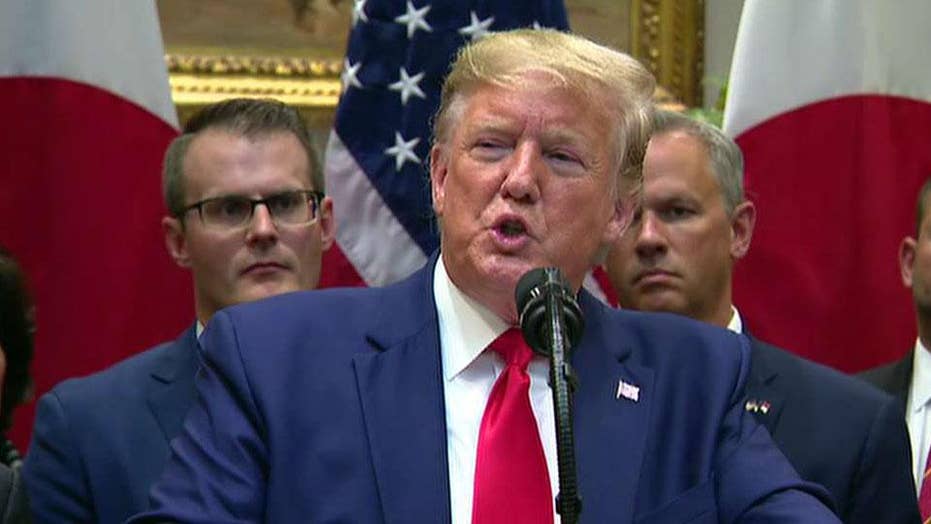 Can anything President Trump touches not become an occasion for beating our breasts and rending our garments? Voices in Washington on the right and left are hyperventilating over the president allegedly giving a green light to military operations in Syria. Maybe they should catch their breath first.

It is always a bad idea to measure U.S. foreign policy based on Trump’s tweets, on speculative reporting, or on imaginative interpretation of what the president meant. For starters, why not start with the actual policy?

As a Department of Defense statement clarified, “The Department of Defense made clear to Turkey — as did the President — that we do not endorse a Turkish operation in Northern Syria. The U.S. Armed Forces will not support, or be involved in any such operation.” So, for starters, let’s be clear about the fact that the United States didn’t do anything.

Should the U.S. have done something? That’s a different question.

When it comes to arguing what Washington should do on foreign policy matters, the first thing to do is ask: What are the U.S. interests that need to be furthered or safeguarded? In the case of Syria, there are really three priorities the administration needs to protect.

1. We don’t need another Caliphate. The U.S. has learned painful lessons of what happens when we leave transnational Islamist terrorist sanctuaries unmolested. Administration policies should work to forestall the resurgence of terrorist Disneylands in the Middle East.

2. We don’t need more mass genocides and masses of refugees. It is in U.S. interests to keep the problems in Syria from spilling over and destabilizing the region or see them pour into Western Europe.

3. Keep Iran at bay. Iran would like to use Syria as a superhighway for resupplying Hezbollah and a platform for threatening Israel. Israel is America’s most important ally in the Middle East. U.S. policy should contribute to making Israel more safe — not less.

So the question is, does the Turkish operation, if conducted in the manner in which the Turkish government claims, threaten any of the U.S. interests in Syria?

The U.S. maintains a footprint in Syria for specific purposes—the three reasons outlined above. If the Turkish military messed with that, there might be a reason for the administration to panic. Right now, this doesn’t look to be the case.

As a Pentagon spokesman pointed out, “In conversations between the Department and the Turkish military, we have consistently stressed that coordination and cooperation were the best path toward security in the area.” In this respect, it is good that the Turks told us what they were doing to minimize the possibility of putting U.S. forces or assets at risk. Beyond that, what the administration has done has make clear to the Turks that they’re responsible for their actions.

It is not surprising that Turkey would want to undertake a limited incursion to further stabilize an uncontrolled border with Syria. Turkey has a responsibility to ensure that the region is not a platform for terrorist attacks. It also makes sense to open spaces for refugees, which Turkey has hosted, to safely return to their homeland and begin the process of rebuilding.

The Turks know the risks and responsibilities that go with that. For one, there are thousands of ISIS fighters being held in this territory. The Turks will either be taking custody of them, or they could well find them breaking out and running around loss. Either way, the Turks will have to be responsible that they don’t become a threat and provide the seed corn of the next Caliphate.

There are also many civilians in this area. They need to be humanely treated and respected as innocents on the battlefield.

The Turkish government has to be held accountable for their actions. But, in turn, it makes no sense for the U.S. to get into criticizing the Turks for something they haven’t done.

There could be a role for the U.S. in helping bring more stability to this part of Syria. That, in turn, could help promote American interests and, at the same time, potentially further reduce requirements for a U.S. footprint on the ground in Syria. The U.S. should try to narrow the differences between Turkey and Syrian Kurds by brokering a durable understanding between them, just as it brokered better relations between Turkey and the Iraqi Kurds.

Further, where and when possible, the U.S. should consider extraditing high-value ISIS members to the United States for trial. If they are a threat to us, and we can try them and take them over the Turks' hands, that makes sense for both countries.