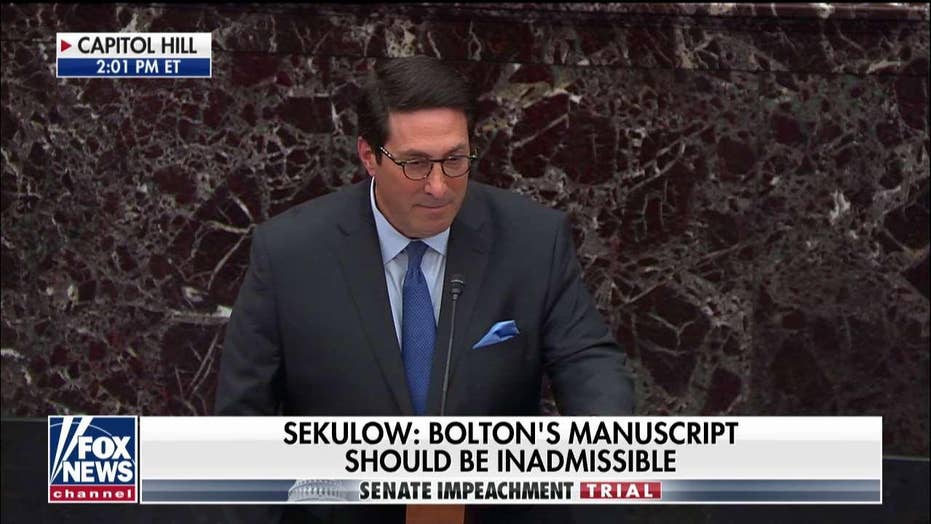 As part of his closing remarks Tuesday, Jay Sekulow, a defense attorney for President Trump, urged senators to put themselves in Trump’s shoes. It was an odd but interesting challenge.

When you accept it, the view from there is a series of unhappy flashbacks. It starts with Trump’s 2016 campaign being investigated by the FBI. Before he took office, then bureau Director James Comey showed Trump parts of the Steele dossier, calling it “salacious and unverified.”

Said Sekulow, “It was so salacious and unverified, the FBI had used it to get FISA warrants” to spy on the campaign.

Within weeks of taking office, Trump fired Comey and special counsel Robert Mueller was appointed, starting a two-year probe that hung over the Trump White House like a giant cloud before coming up empty. Along the way, FBI agent Peter Strzok and his office paramour, lawyer Lisa Page, became household names for their texts about an “insurance policy” in case Trump won and the “smell” of his voters.

Sekulow didn’t mention many details as he hurried down memory lane, aiming to get to the point that the impeachment case “didn’t occur in a vacuum.” Seizing on the Ukraine issue, he suggested, was just the latest stage of the relentless effort by Democrats to block Trump from getting to the White House, and then knock him out after he got there.

It was an effective approach that built on the defense team’s two days of skillful and strategic answers to the House Democrats’ case. But Sekulow was also making a larger point, namely about the disastrous impact the anti-Trump agenda is having on our nation, and will have, perhaps, for generations.