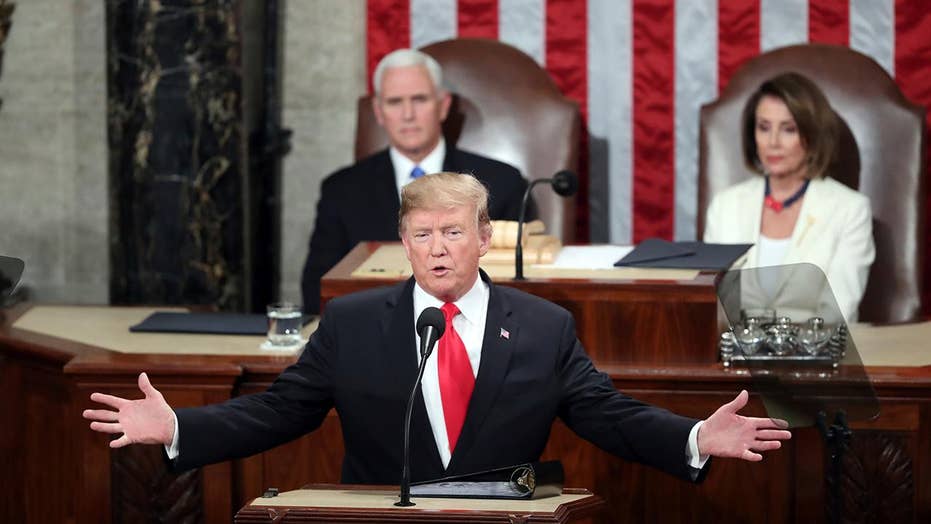 After the longest and most controversial government shutdown in history, President Trump used his State of the Union address Tuesday to focus the nation on policies which can unite rather than divide us.

The president laid out a five-pillar strategy which included issues critical to the growth of the technology industry and the health of our overall economy: immigration reform, investments in technology and infrastructure, and curbing health care costs.

Specifically, he called for a “safe, lawful, modern and secure” immigration system. Our immigration system is broken, and for our economy to thrive we need to actively encourage high-skilled immigrants to innovate in America.

One way to resolve the political divide on border funding, which again threatens to shut down the government, is to delegate the decision-making to a committee of security and border patrol experts that both parties have input in selecting. These experts would then be empowered to use a majority vote to decide which areas along the border require protection, and which methods would best secure them. Innovative technologies such as drones, biometrics and facial recognition can help protect certain areas far more efficiently and cost-effectively than a physical barrier would.

To spur the economy, President Trump committed to working with Congress on an infrastructure bill, “including investments in the cutting-edge industries of the future.”

The American Society of Civil Engineers estimates the U.S. needs to spend some $4.5 trillion by 2025 to improve our country’s infrastructure. President Trump knows how to build. And his call for a “great rebuilding of America’s crumbling infrastructure” is a welcome approach to our historically-neglected roads, bridges and parks – one that will create new businesses and jobs.

These investments will also lay the groundwork for future technologies.

The self-driving vehicle market, for example, could grow to more than $556 billion by 2026 according to Allied Market Research. But tech companies and automakers are reaching the limits of what they can achieve without a national policy framework for self-driving vehicles.

Ninety-four percent of serious crashes are due to human error, according to the National Highway Traffic Safety Administration. And more than 37,000 people die on U.S. roads each year. Accidents and fatalities on our roadways amount to a public health crisis that technology can fix.

The president’s leadership on health care is admirable. Health care spending represents 17 percent of U.S. GDP. And, as noted by President Trump, our nation suffers from an opioid epidemic, killing countless Americans.

We can start to address this issue by asking why doctors are incentivized to use expensive drugs rather than look at technologies which can reduce pain and kill disease. Oska Pulse, for example, offers a non-invasive, FDA-approved device for pain management. Another non-invasive technology is focused ultrasound – which can be used to treat cancer and fix tremors – and should be welcomed by doctors.

Last year the White House announced its plan to lower federal drug payments and stop incentivizing doctors to use expensive drugs. These are key steps in controlling our nation’s health care costs. The president recommitted to these efforts on Tuesday night, vowing to lower prescription drug prices and require transparent pricing from drug companies, insurance companies and hospitals.

Immigration reform that helps us attract the world’s best and brightest is vital to our nation’s global leadership in innovation. Supporting critical investments in infrastructure is key to transporting our nation’s people and goods. And addressing our country’s rising health care costs is the right thing to do for our children.

As President Trump said, "Together we can break decades of political stalemates…forge new solutions and unlock the extraordinary promise of America's future.” But to thrive, we must choose greatness, uniting together as one nation committed to a bright future for our children.