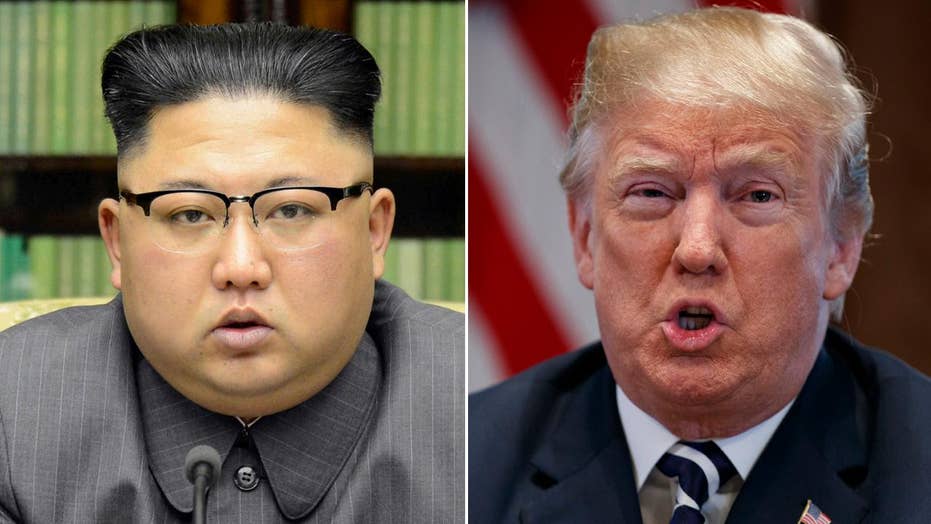 President Trump’s announcement Thursday that he will meet with North Korean leader Kim Jong Un in Singapore June 12 sets the stage for a summit that will only succeed if it advances American interests by making North Korea less of a threat to its neighbors and the U.S.

Either way, in order for a Trump-Kim summit to succeed, the U.S. needs clear-eyed realism regarding the unlikelihood of full North Korean denuclearization, clarity on the costs of disarmament, and a recognition of the superiority of peace maintained by deterrence over choosing war.

America has long declared the Complete, Verifiable, and Irreversible Denuclearization (CVID) of North Korea to be its goal. Yet nuclear weapons are Kim’s best insurance against being targeted for regime change. Therefore, he is unlikely to give them up. Kim saw what happened when Libya, Iraq and Ukraine gave up their nuclear deterrence and doesn't want to share their fate.

There may be reason to hope, but we should temper our expectations. North Korea has a long history of false promises and contrived gestures designed to wring concessions from the international community. This is done through alternating threats and talks to stall or avoid sanctions aimed at thwarting its nuclear program.

In 1985, North Korea agreed to the Nuclear Non-Proliferation Treaty but refused to work with inspectors until the U.S. removed its nuclear weapons from South Korea.

America removed those weapons in 1991 and both Koreas signed the 1992 Joint Declaration of the Denuclearization of the Korean Peninsula. North Korea admitted inspectors – only to later kick them out.

Finally, the most recent CVID efforts, the Six Party Talks, were held from 2003 until their failure in 2009. Since then, North Korea tested nuclear bombs in 2013, 2016 and 2017. Kim has achieved advances quicker than his predecessors. Now U.S. intelligence claims that the North either has or will soon have miniaturized nuclear warheads and missiles capable of reaching America.

This history lesson means any celebration over the Trump-Kim talks is premature. North Korea has promised denuclearization previously and leaders of both Koreas met before in 2000 and 2007.

Even the possibility of formally ending the Korean War was offered before in 2016. The only thing new was that Kim crossed briefly into South Korea when he met last month with South Korean President Moon Jae-in.

Although a big breakthrough in denuclearization of the Korean Peninsula could be possible when President Trump and Kim meet, there’s no point in going into a meeting with wild optimism.  President Trump should look at these talks through a sober lens and realize that the most likely outcome is continued North Korean nuclear power status, which the U.S. will have to counter through continued deterrence.

There are many questions leading up to President Trump’s meeting with Kim. For instance, would Kim accept CVID or just a freeze on the nuclear weapons he already has? Is a U.S. promise not to attack sufficient (a promise broken in the cases of Libya and Iraq), or does Kim want a reduction or withdrawal of American troops from South Korea?

What about a reduction of sanctions? Does Kim still aim to weaken South Korea or is he actually a reformer like Deng Xiaoping, the former leader of China, who would want an opening to the world similar to President Nixon’s dramatic visit to China?

President Trump will have to keep in mind that any deal will take time, will likely not include full CVID, and will require concessions on both sides. The U.S. president will have to offer Kim a security and economic deal he can’t refuse, and then turn around and sell that deal to the American people and Congress.

This will be even harder since Congress passed a law that prohibits economic sanctions relief for North Korea without progress on CVID. Most of the establishment hawks in Congress, the media and think tanks will not like any kind of grand bargain in which North Korea keeps some of its own nuclear deterrence or that results in the rehabilitation of Kim’s brutal regime.

Selling Kim on a deal may be hard, but so will be selling it to the American political class. Yet a solution that appeals to everyone's interests is possible. Kim could agree to a freeze and partial rollback of North Korean nuclear capabilities, which may be the most the U.S. can hope to get.

It is worth noting that Kim has already enacted economic liberalization reforms. Already there are competing products and prices in some stores and private market activity accounts for 30 to 50 percent of North Korea’s gross domestic product.

Kim has also spoken of his desire for normal relations with America so that he can follow in China’s footsteps from isolation to acceptance in the community of nations. Such a transformation would be historic and greatly enhance peace and stability.

However, whether CVID is accomplished or not, the present power balance remains better than war. America could destroy North Korea anytime it wants – but Kim could inflict grave harm to Americans and our allies.

A North Korean nuclear attack against Seoul in South Korea and Tokyo in Japan would kill an estimated 2.1 million people and injure an estimated 7.7 million more, according to one estimate.

Furthermore, North Korean collapse is not in China’s national interests and so the threat of that might cause China to join the fight too. The fact that no conflict has occurred so far, and that China has at times wavered in its commitment to defending North Korea, is itself a testament to American nuclear deterrence as a peace-keeping force.

When President Trump and Kim meet, they will know the extent to which they would have to pay in blood if tensions flared past the point of no return. Therefore, it is better for President Trump to try and make a deal that meets the security needs of both countries rather than to resume a cycle of escalation.

Even if Kim's overtures are a ruse, the peace can still be maintained by American deterrence. A negative peace upheld by nuclear weapons is still better than a nuclear war.

The solution is not preventive war. The U.S. can deter North Korea indefinitely, which makes force unnecessary. Why sacrifice millions of lives to prevent a North Korean attack that’s unlikely to happen anyway? The United States coexists with the Russia and China, and it can learn to do so with North Korea if the summit fails.

John Dale Grover is a fellow at Defense Priorities and a writer for Young Voices. He is also currently a graduate student at George Mason University’s School of Conflict Analysis and Resolution. His articles have appeared in Forbes, The National Interest, and Real Clear Defense.
ADVERTISEMENT