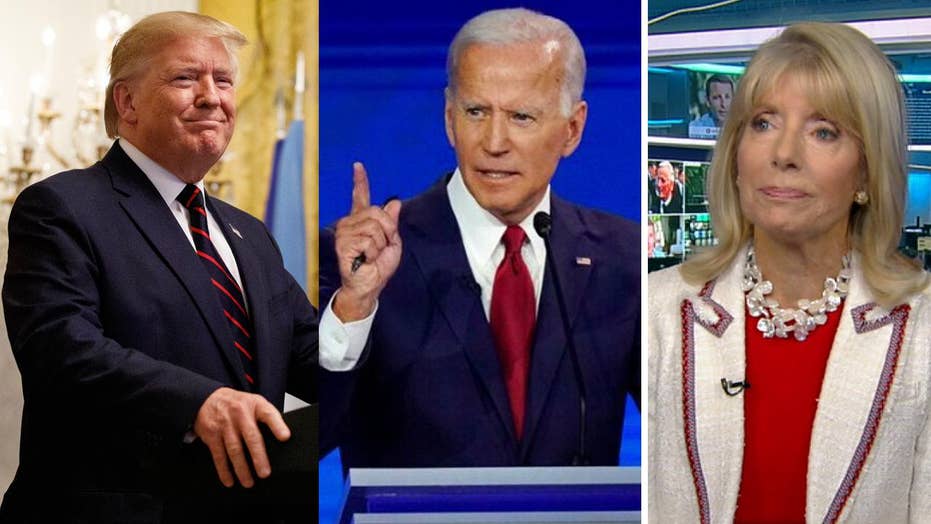 President Trump did something stupid when he asked the president of Ukraine to investigate former Vice President Joe Biden for corruption.

Democrats did something even stupider.

By jumping so eagerly on the impeachment bandwagon, House Speaker Nancy Pelosi and her colleagues have taken Biden, Democrats' most credible candidate, out of contention. The former vice president’s campaign was already on the downslope, but widespread speculation about his possible abuse of office will only accelerate his demise.

There is no disputing that Hunter Biden accepted a lucrative job in Ukraine at a time when his father, who was vice president at the time, became the point person for the U.S. in that notoriously corrupt country. That he allowed his son to do so demonstrates extreme bad judgement on the part of Joe Biden. That he pushed the Ukrainian government to fire a prosecutor reputed to be investigating his son’s employer smells bad.

Most Americans will not read beyond the headlines. What they have learned, courtesy of the newest attacks on President Trump, is that good old Joe Biden, the likeable and loyal Obama sidekick who somehow has not secured the former president’s endorsement, cannot be trusted.

Voters will experience a whiff of déjà vu, remembering that former Secretary of State Hillary Clinton’s clan also profited mightily from her position in the Obama administration. They may recall that, according to The New York Times, "While the State Department was involved in securing a uranium mining deal with Russia, investors in the company involved in the deal, Uranium One, gave millions to the Clinton Foundation."

The NYT report added, "Shortly after the Russians announced their intention to acquire a majority stake in Uranium One, Mr. Clinton received $500,000 for a Moscow speech from a Russian investment bank with links to the Kremlin that was promoting Uranium One stock."

Voters rejected Clinton for many reasons in 2016, but one of the most enduring throughout her run was that people didn’t trust her. On the cusp of the Democratic nomination, a CNN poll found that 68 percent of the country didn’t think she was "honest and trustworthy." Despite being awarded innumerable "Pinocchios" on the campaign trail, Trump’s score on that front was much better than Hillary's.

Joe Biden is not Hillary, of course. He is more popular, but as he has campaigned, his star has fallen.  In two recent polls, according to RealClearPolitics, Warren has grabbed the lead nationally, and in Iowa, Biden’s position has fallen precipitously; he is now clearly in second place. Moreover, a recent Quinnipiac poll shows, Biden's personal favorability rating among registered voters split 45-45 percent, down from last December, when his favorability was 53-33.

Assuming that Warren’s surge continues, and that she becomes the Democratic Party’s nominee, most analysts reckon she will have to pivot to the political middle to win the voters lost to Democrats in 2016. That includes blue-collar workers in crucial states like Pennsylvania and Michigan, who defected to Trump.

So when Warren promises to ban fracking, voters in gas-rich Pennsylvania, where the Marcellus shale boom has added tens of thousands of jobs, will wonder, is this good for me? When she advocates "Medicare-for-all," United Automobile Workers in Michigan will ask, why do I have to give up my hard-won Cadillac health benefits? When she argues for decriminalizing illegal immigration and vows to give federal benefits to people in the country illegally, Americans will complain — what about us?

Warren is determined to eliminate the Electoral College, so that New York and California will run the country. She wants to break up big farms and also big tech, undermining two of our most productive and competitive industries, legalize marijuana, ban assault weapons and won't say if she is opposed to abortions in the third trimester.

She also wants to punish our most successful entrepreneurs and inventors by confiscating their wealth, which will drive many out of the country. Though she’s eager to take more money out of the hands of our private citizens in order to build up the powerful state, she is determined to slash defense spending.

There are many people who will agree with some of these policies, but the majority of Americans will stumble on issues like open borders or third-trimester abortions. And, as she is asked how we will pay for all her grandiose plans, it will occur to some that their taxes will go up.

Indeed, when pressed by Stephen Colbert on whether she’ll hike middle-class taxes, she danced around the question. It will come up again.

More important, it will become obvious as she campaigns on higher taxes and increased regulations, that Warren will undo the good that has occurred under President Trump. People who have seen the income gap between rich and poor narrow and job opportunities multiply for all workers, will decide they are better off today that they were four years ago, and decide there is risk in turning our entire economy upside down. They will be right.

Meanwhile, Trump supporters will not be moved by the most recent charges. They have become inured to the constant attacks; consequently, the Republican-led Senate will not throw him out of office. Not even close.

Warren will try, but ultimately fail, to shift ground. She is an uncompromising zealot, who totally believes her rants about corporations being corrupt and greedy, and about everything in the United States being rigged. That’s why she claimed to have Native American ancestry; she knew that the lie would help her get a job in this rigged system.