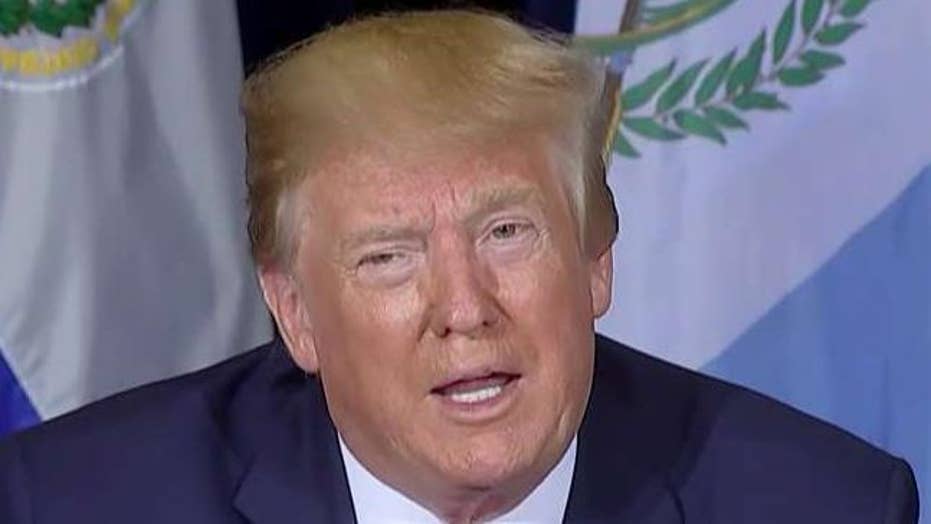 The latest poll on the House of Representatives’ impeachment inquiry into President Trump over the Ukrainian controversy reveals that independents are deeply divided on the subject.

The CBS News survey conducted by YouGuv also indicates that a plurality of independents right now say Trump doesn’t deserve to be impeached over the scandal rocking his White House.

THE LATEST FROM FOX NEWS ON THE UKRAINIAN CRISIS

Independents were divided on whether they support the inquiry now underway in the Democrat-controlled House. Forty-nine percent said they approved of the inquiry, with 51 percent disapproving. The slight 2-point margin was within the poll’s margin of error.

Among all Americans, the survey indicated 55 percent support the ongoing inquiry and 45 oppose it.

As expected, most Democrats questioned said Trump acted illegally and deserved impeachment over his conversation in July with Ukrainian President Volodymyr Zelensky, in which Trump urged the Ukrainian leader to probe former Vice President Joe Biden, one of his main rivals in 2020.

Most Republicans said the president acted legally and didn’t deserve to be impeached.

The CBS News/YouGov poll was conducted Sept. 26-27, with 2,059 U.S. residents questioned. The survey’s overall sampling error is plus or minus 2.3 percentage points.