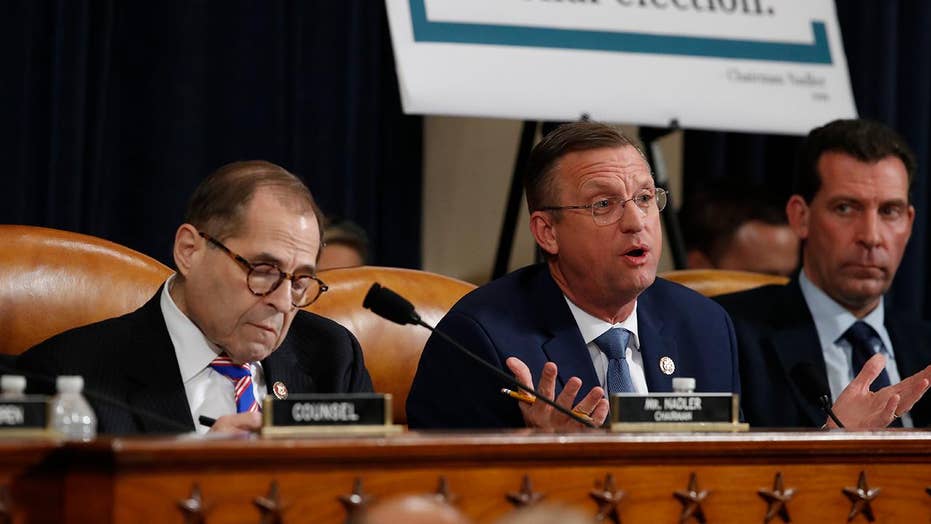 The truth about impeachment: Week 11

Steve Hilton breaks down the nuances of the impeachment inquiry.

Democrats’ hate-driven attempt to overturn the 2016 election through non-democratic means comes from their fear that none of their presidential candidates are strong enough to beat President Trump in 2020.

One line last week in the impeachment inquiry hearing before the House Judiciary Committee gave the whole game away. It came right at the start of those hours of snooty, snarky, partisan screeching by the Democrats' legal stooges.

That is this whole farce in a nutshell! The Democrats started with their conclusions, all the way back to Trump's inauguration in January 2017 -- before Ukraine, before Mueller, before anything. They wanted Trump impeached.

Nancy Pelosi, Speaker of the House: Sadly but with confidence and humility.

"Sadly?" What, like Maxine Waters leading chants of "Impeach 45!"? Or Rashida Tlaib telling supporters, "We're going to impeach the mother------"?

Yeah, they're real sad about it. So sad. Perhaps we should get them some counseling.

They've been dying to do this for three years. It's obvious they hate Trump and it's obvious they're loving this. But they know how wrong and divisive it is. So they have to pretend to be sad.

These people are so cynical.

Every single thing the Democrats accuse President Trump of -- undermining democracy, ignoring the rule of law, abusing power -- they are guilty of themselves.

And then how about this?

Pelosi: The facts are uncontested.

We've literally had weeks of the facts being contested. You can agree or disagree with the arguments on either side, but to say the facts are uncontested is truly Orwellian doublespeak.

Equally offensive is how they shamelessly plunder the Constitution to justify their petty partisan scheme.

Pelosi: James Madison, the architect of the Constitution, warned that a president might betray his trust to foreign powers, which might prove fatal to the republic. Another Founder, Gouverneur Morris, feared that the president may be bribed by a greater interest to betray his trust.

Bribed? In these entire proceedings, not a single witness has suggested for a single second that anyone bribed the president to do anything. But because the focus groups say "bribery" is the word to use, the idiotic Democrats just say it anyway.

Here's another term they trot out with utter vacuity.

Pelosi: In America, no one is above the law.

Oh. Apart from, let's see, Democratic presidential candidates who were previously vice president, whose children profited corruptly from their government role. That must never be investigated.

Let's just clarify the Pelosi doctrine, shall we? No one is above the law except Joe Biden.

And here's Pelosi's whole case in a nutshell.

Pelosi: The president has engaged in abuse of power, undermining our national security, and jeopardizing the integrity of our elections.

She says Trump undermined America's national security by withholding military aid to Ukraine in the middle of a hot war with Russia. So terrible for our national security. I mean, only a monster like Trump would do that.

Or maybe also President Obama, who did exactly the same thing. Not a peep out of Pelosi back then about national security. 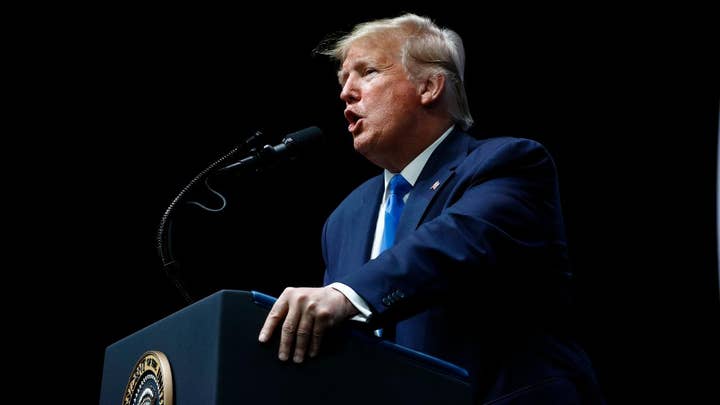 She says Trump has jeopardized the integrity of our elections. Let's see. Trump wants to find out if Ukraine interfered in the 2016 election, if U.S. government policy was affected by the fact that when Vice President Biden was in charge of Ukraine policy, his son was being paid by Ukrainian gas company.

And it's Pelosi who says she and her Democrat cronies should choose the next president, not you, the voters. Trump is the one jeopardizing our elections? Every single thing the Democrats accuse President Trump of -- undermining democracy, ignoring the rule of law, abusing power -- they are guilty of themselves.

Any reasonable person can see that on policy results, on the substance -- on facts -- this is one of the most successful presidencies in history, and the establishment can't stand it. They were certain Trump would be a disaster. It's because he's a success that they're impeaching him.

Adapted from Steve Hilton's monologue from "The Next Revolution" on Dec. 8, 2019