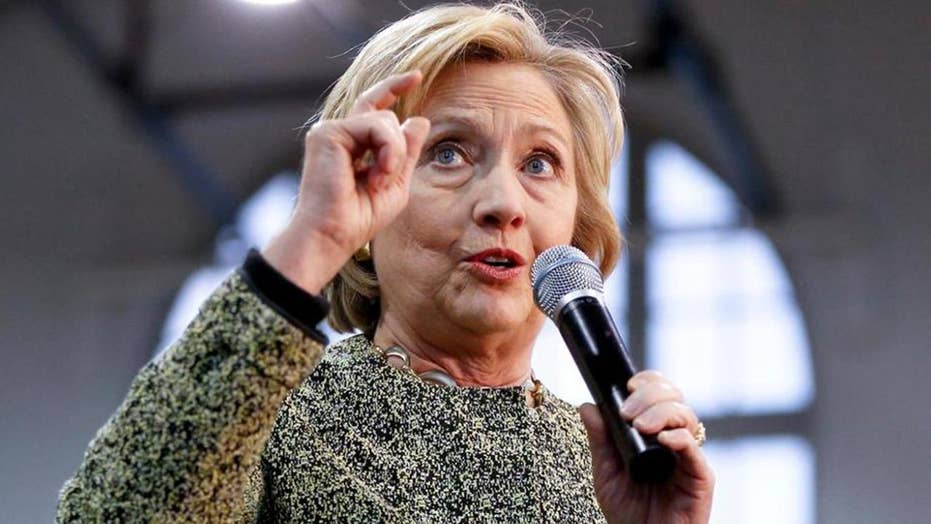 Hillary Clinton calls out Trump for meeting with Putin

After the U.S. Supreme Court confirmed his razor-thin defeat in the 2000 presidential election, former Vice President Al Gore could have gone to the mat trying to delegitimize the presidency of George W. Bush. Much to his credit, he didn’t.

Democrat Gore had won the popular vote, after all, and the turmoil created by the historic 36-day recount in Florida was all he needed to divide the country for selfish and ideological reasons. But instead of orchestrating a radical leftist resistance, Gore chose country over power.

As difficult as it must have been, Gore was big enough to let it go, accept his loss, and recognize that Republican Bush was the legitimate president of the United States.

In a constitutional republic like ours, every two years there are winners and losers at the ballot box. After a rigorous debate and exchange of ideas, “We the People” make the ultimate decision about who will do the governing until the next election.

Historically, the party that loses the previous election licks its wounds, reboots its message and works with the majority party on issues where common ground can be found. This recipe that is the American miracle has worked remarkably well for 230 years – until now.

Now there’s a permanent Democratic obstruction campaign in Washington and a radical socialist resistance across the country. What’s driving this?

Never before in American history have disgruntled leaders of the minority party sought to deligimitmize and bring down a duly elected president of the United States.

It’s been over 20 months since President Trump defeated Hillary Clinton in the historic election of November 2016, but the left will not let it go and it’s doing great damage to our country.

From twice-failed presidential candidate Hillary Clinton to former CIA Director John Brennan to actor Robert DeNiro to fake news, deranged leftists are determined to try to bring down a presidency. Their attacks are based on a false narrative and they don’t care if they tank our country and system of government in the process.

Just this past weekend, Hillary Clinton continued to question President Trump’s allegiance to America while speaking about his recent meeting with Russian President Vladimir Putin.

Clinton pushed the centerpiece of the Democratic agenda – Russia – when she disingenuously asked her audience: “Why didn’t he (Trump) stand up for our country? In this case it doesn’t seem like our president cares. He’s trying to be friends with Putin for reasons we are all trying to figure out.”

Hillary Clinton is a lot of things. She’s dishonest; she’s the embodiment of entrenched power and the failed Washington status quo; and of course, she’s crooked. However, one thing she’s not is stupid.

Clinton knows full well that Christopher Steele’s phony dossier is a steaming pile of political crap because she paid for the opposition research herself. She also knows that her cronies in the Obama administration pushed the fake dossier through official intelligence, diplomatic and law enforcement channels because a President Hillary Clinton would have rewarded the swamp creatures handsomely.

This is why Brennan and his deep state ilk are running around labeling the leader of the free world a traitor – just because President Trump ruined Hillary’s coronation and swept them all from power.

Clinton also knows that she started her service as Obama’s secretary of state with the failed Russia “reset” in an effort to improve relations between our two countries. She spent four years cozying up to Russia in search of a foreign policy success to hang her hat on and to line her husband’s pockets and the Clinton Foundation with Russian cash.

Hillary relies on her allies in the anti-Trump media to gloss over that wrinkle in their concocted narrative. But the resistance doesn’t stop with her political and media pals. She’s also got Hollywood in full war mode.

The once-respected actor Robert DeNiro goes ballistic and screams “f--- Trump!” at a televised award ceremony. Wealthy comedian Bill Maher waxes on about how great an economic recession would be for Democratic chances to retake power – ignoring the fact that a recession would hurt millions of hardworking American families.

These and other Trump-haters make it clear that the left is united in its effort to get rid of President Trump – no matter what.

Unfortunately for the agenda-less liberals, the Trump economy is on fire and this Friday’s report on the gross domestic product will confirm what the American people already know: President Trump’s pro-growth economic program is working and the results are exceeding all expectations.

It’s a dangerous game being played by national Democratic leaders and it’s not without consequences. Whether it’s turning their backs on our police and Immigration and Customs Enforcement (ICE) agents, or attempting to provoke a war with Russia, the Democrats have become totally unhinged.

Will any adults in the Democratic Party show some leadership and say it’s time to move past 2016 once and for all? Or will they continue their sad and destructive decline into Third World chaos and socialism?

Make no mistake, Hillary Clinton is fueling the resistance and encouraging others to join in because she can’t get over losing, despite the fact that she pledged to accept the results of the election. It’s still all about Hillary – America be damned.