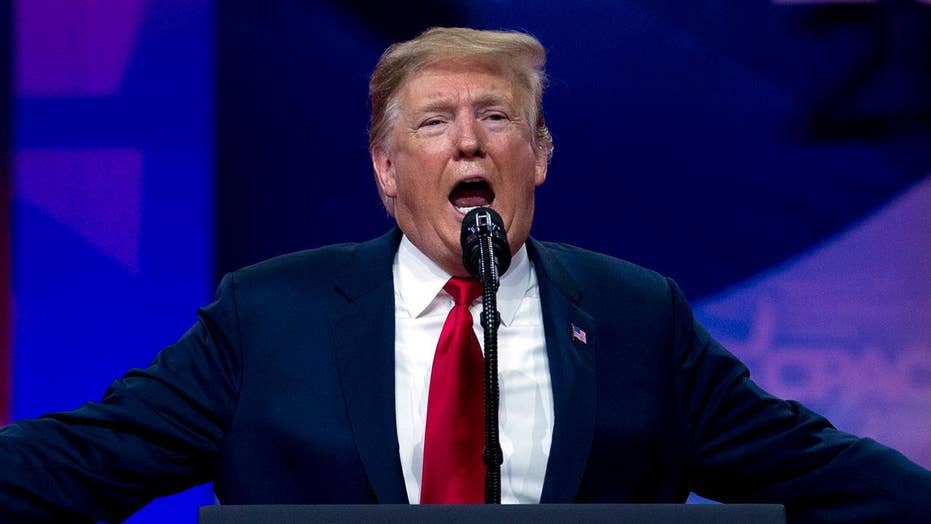 President Donald Trump showed up at the Conservative Political Action Conference (CPAC) on Saturday for his third speech at the conference since entering the White House.

The speech was long (about two hours), rambling (he went off-script numerous times), and wildly entertaining (his audience, consisting mostly of young conservatives, repeatedly leapt to its feet for standing ovations).

Two years into his presidency, Trump’s lovefest with his supporters appears to continue unabated. At one point during his speech, the president even said, “You know what I like about this? I’m in love and you’re in love, and we’re all in love together.”

Trump’s speech touted notable accomplishments on the economy, judicial nominations, regulatory reform and tax cuts, but it also unwittingly highlighted a couple of areas – border security and personnel – where his administration can and must do better.

On stage, the president promised to “finish” building the border wall, even though no additional wall between the United States and Mexico has been constructed since he assumed office. The day before, Vice President Mike Pence told the CPAC audience, “Before we’re done, we’ll build it all.”

Pardon the Trump supporter who is skeptical. The Trump administration’s recent budget battle with congressional Democrats has resulted in little of the wall funding he originally sought. Since then, the president’s declaration of a national emergency to build the wall has been tied down by litigation and bipartisan opposition in Congress.

Certainly, none of this diminishes the importance of the administration’s continued efforts to strengthen border security. Conservative author and political commentator Michelle Malkin spelled out the stakes for the CPAC audience. “Open borders anarchy, multiplied by endless chain migration, amnesty, and cheap labor pipelines, endangers our general welfare and the blessings of liberty,” she warned. “By every clear measure, the war is not on immigrants but on American sovereignty.”

Yet there is good reason to ask why the Trump administration failed to secure wall funding in its first two years, when Republicans controlled the White House and both chambers of Congress. Asked exactly that at CPAC earlier in the week, Sen. Ted Cruz, R-Texas, a strong border security supporter, acknowledged that the legislative battle should have been fought and could have been won.

Promising to “finish the wall” is not enough. The president will have to deliver. As Pence reminded CPAC 2019, it is Trump himself who likes to say, “If you don’t have a border, you don’t have country.”

Separately, the president complained in his speech, "Unfortunately, you put the wrong people in a couple of positions, and they leave people for a long time that should not be there."

He was railing against former Attorney General Jeff Sessions for recusing himself from the Russia investigation, leaving his then-deputy Rod Rosenstein to appoint a Special Counsel to investigate the president.

Putting the wrong people in place, however, can be said of many of the Trump administration’s political appointments. While those who signed a “never-Trump” letter during the 2016 campaign have been rightly blocked from appointments, many other “never-Trumpers” who openly or privately opposed and denigrated then-candidate Trump or President Trump have been welcomed with open arms, especially in the foreign policy agencies.

By contrast, many Trump supporters who believe in the president’s vision to disrupt business as usual in Washington and wish to serve in his administration have found themselves stymied by the incoherence of the personnel process or by “never-Trump” appointees who view loyalty to this president as a liability rather than an asset.

In an interview for a senior position at a large federal agency last year, I was pointedly asked by the political appointees doing the hiring if I was too “pro-Trump” to be able to serve effectively. It was a bit shocking, as we were talking about the Trump administration.

Fox News host Laura Ingraham tried to point out the administration’s staffing problems to the president in an interview in November 2017, asking if there might not be enough “Donald Trump nominees” at the State Department to help push through his agenda. Trump responded, “We don't need all of the people. You know, it's called cost-saving."

Unfortunately, without the right people in place, the president cannot effectively or coherently pursue his policies. Which is why an anonymous senior official gloated in the New York Times last year about undermining the Trump administration from within.

Halfway into the president’s first term, there are many accomplishments worth cheering, but staffing is not one of them.

Bravo. The audience went wild. Let’s not forget, however, that the Trump administration is much more likely to help make all those things happen with a border wall and more Trump supporters working in the executive branch.