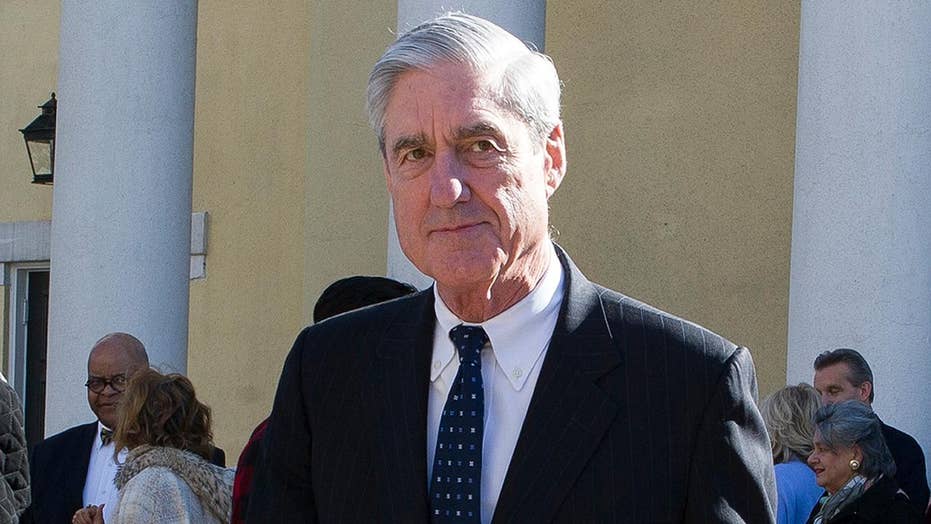 On March 24, 1973, President Richard Nixon told his Attorney General John Mitchell, "I want you all to stonewall it, let them plead the Fifth Amendment, cover-up or anything else, if it'll save it--save the plan." That conversation, revealed in a tape during the height of Watergate, led to Mitchell’s indictment on charges of conspiracy, obstruction of justice, and perjury for his role in the cover-up of the Watergate scandal and ultimately the resignation of Nixon.

So it’s fitting that last Sunday, on the 46th anniversary of the Watergate Stonewall tape, that we learned Robert Mueller submitted his report to Attorney General William Barr. A three page letter written by Barr did little to tell the American people what the Mueller Report found. It did, however, give Donald Trump a political advantage by creating the impression that he’d been exonerated when it wasn’t true.

Just like Nixon and Mitchell, Trump and Barr are stonewalling.

After a week of giving Trump the political advantage – boosted by poor reporting and repeated claims of exoneration – a backlash followed about Barr’s stonewall attempt, not only in his three-page letter but also in his refusal to say when he would release the Mueller Report and in what form. That is why on Friday afternoon Barr resorted to damage control that will only result in more damage.

Barr announced he would make a version of the Mueller Report available by the middle of April, almost a month after Mueller submitted it to him, unredacted and with all the evidence. Specifically, a nearly 400-page report with thousands of pages of evidence that Congress and the public may never see if Barr has his way. That is unacceptable.

Congress’ responsibility is to hold the president accountable. They can’t do their job if the full Mueller Report isn’t provided. Anything less than that is the Trump-Barr Stonewall Report, not the Mueller Report.

Furthermore, Barr has no right to opine about the Mueller Report let alone revise or stonewall it. There is nothing in the regulations that govern the special counsel that permits the attorney general to do anything like it. Nothing. Yet Barr has opined three times to date, apparently now editing the Mueller Report, and taking a month to do it. The only job Barr has is to hand over the full Mueller Report, intact with the evidence, and it should have been done last Sunday.

Congress can’t do its job if the full Mueller Report isn’t provided. Anything less than that is the Trump-Barr Stonewall Report, not the Mueller Report.

Barr states he is going to redact all the grand jury testimony from the Mueller Report. That alone will result in a substantial portion of the report being redacted – and it is unnecessary.  A judge can allow the grand jury material to be made public, just as Leon Jaworski did during Watergate, and Ken Starr followed suit in the Bill Clinton investigation. They sought and received permission from federal judges to release grand jury material. Starr, furthermore, submitted his report and evidence, equally voluminous to the Mueller Report, and it was made public within 48 hours of its completion.

The fact is there is no reason to believe Barr is an honest broker, and every reason to believe he is doing Trump’s bidding. If the Mueller Report exonerated Trump, then it would have been released in its entirety last Sunday, not sometime in mid-April with redactions, omissions, and interpretations by Barr, followed by his promised Congressional testimony in May.

Barr, in fact, has a history of stonewalling and helping presidents avoid the consequences of investigations. The last time Barr served as attorney general, during the Iran-Contra investigation, the late New York Times columnist William Safire referred to him as the “Cover Up General” because he rejected calls to appoint an independent counsel that could have ensnared many members of the Reagan administration, including himself.

Barr finally relented when members of Congress considered impeaching him, and appointed Lawrence Walsh as special counsel, allowing Barr to oversee Walsh even though he was under scrutiny in the investigation. It was also reported that Barr then considered firing Walsh for “misconduct,” believing his investigation cost Bush re-election.

After the 1992 election, Barr then proceeded to help President George H.W. Bush grant pardons to six figures in the Iran-Contra case, including former Defense Secretary Caspar Weinberger as he was about to go on trial to face charges about lying to Congress. That action undercut the Iran-Contra investigation and Special Counsel Walsh. When the pardons were announced Walsh said, "It demonstrates that powerful people with powerful allies can commit serious crimes in high office, deliberately abusing the public trust without consequences".

Barr’s record of stonewalling is clear. The fact that Barr was confirmed by the Republican-controlled Senate based on his record is stunning. Now, it is clear that his record is the reason Barr was picked as attorney general.

The only way to know if a conspiracy or obstruction of justice has been committed by Trump is to provide the full Mueller Report to Congress and to the public. The American people deserve the truth, the full truth, and nothing but the truth. As we have learned throughout our country’s history, and especially during Watergate, you can’t stonewall the truth. Not even Trump and Barr.

And if they continue to stonewall, then Trump and Barr will face the consequences rendered by the American people and history…just like Nixon and Mitchell.