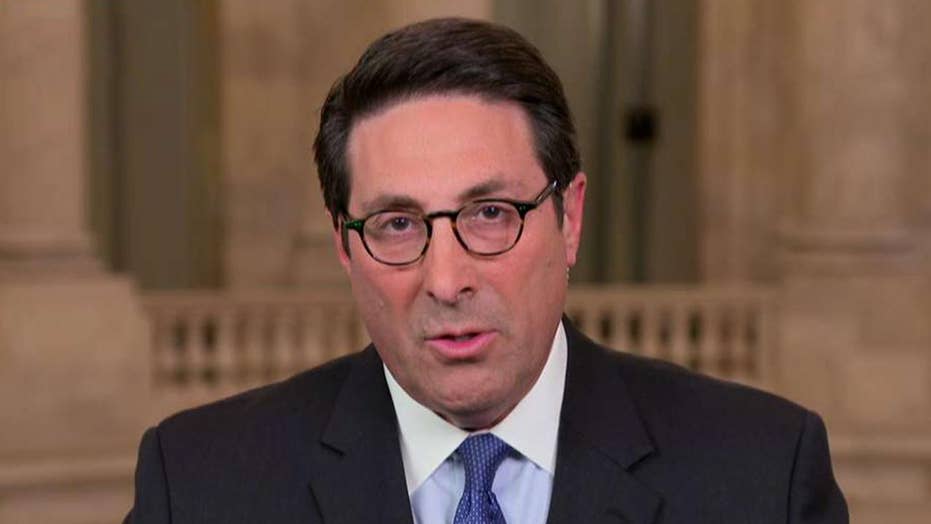 Jay Sekulow discusses his team's plans to defend the president in his Senate impeachment trial.

By soundly rejecting Democratic demands to greatly expand the impeachment investigation against President Trump, Senate Republicans acted properly. Indeed, it is not the job of the Senate to come to the rescue of House Democrats who are guilty of investigatory and constitutional malpractice on their way to failing to assemble a convincing case for the impeachment of the president

For months, Democrats claimed the House has the sole power of impeachment – and then they dropped the ball as they desperately sought to build an impeachment case against a Republican president whose policies they oppose.

The House and Senate Democrats, obviously, could never admit that nothing President Trump has done justifies his impeachment. Unable to abandon their relentless drive to impeach Trump, they concocted an absurdly weak case against him designed above all to make it less likely he will be reelected in November.

CHRIS WALLACE ON SENATE IMPEACHMENT TRIAL ARGUMENTS: HOW MANY TIMES CAN DEMOCRATS MAKE THE SAME POINT?

Perhaps recognizing the weakness of their case against the president, the Democrats demanded that the Senate do what the House should have done – subpoena more witnesses and documents, in an effort to strengthen the case for convicting the president in his Senate trial that began Tuesday.

With their demand, the Democrats have effectively admitted they failed to do all the work they could have or should have done when they cast a party-line vote in December to impeach the duly elected president of the United States.

Article I of the Constitution states that the House "shall have the sole power of impeachment." The House Democrats have repeatedly trumpeted that line throughout the impeachment process – especially when they received pushback from Republicans on the way they were exercising their power.

The assertion by House Democrats that their authority is so vast that the president had no right to resist their one-sided rules that lacked due process is absurd, What is really apparent is that while the House Democrats brandished that impeachment power, they committed gross malpractice in exercising the power.

Yet Democrats now insist that it is the Senate’s obligation to seek additional information related to the July 25 phone call between President Trump and President Volodymyr Zelensky of Ukraine and related events.

Instead of expecting the Senate to carry out its role of conducting Trump’s impeachment trial, the Democrats also want the Senate to take on the role of the House and conduct an expanded investigation into whether Trump should be impeached.

In the American judicial system, it is the job of prosecutors to marshal the evidence they deem necessary for a criminal trial. Once the trial begins, it is not the job of any judge – let alone jurors – to undertake a fact-finding mission beyond the evidence presented by the prosecutors.

A judge would never consider such evidence and any juror who tried to conduct an investigation would be kicked off the jury and a mistrial could be declared.

In both state and federal courts, once a trial date is set, certain other pre-trial deadlines are set. Those deadlines include the time by which the discovery of evidence is to be finished and shared with the criminal defendant – or, in a civil case, shared with the other side if that side requests it.

Yes, President Trump pushed back and some witnesses went to court. That is normal to our process. Indeed, that is an integral feature of our process. No one should think otherwise, let alone impeach a president for exercising his legal rights.

Indeed, if a president had no such right to resist – as House Democrats suggest – Congress would have near-dictatorial powers. These are the very powers Democrats now falsely accuse Trump of exercising.

In a civil case, if an attorney goes to trial without seeking the necessary information from the other side that attorney would be guilty of malpractice. In the criminal context, the prosecutor should be fired for incompetence.

But what never occurs is for a prosecutor to claim that the judge or the jury should do the prosecutor’s job during the trial to make up for prosecutorial incompetence.

Finally, no one can claim Democrats have been impartial in this matter. Their resistance to President Trump’s election has been greater than in any election since the South greeted President Lincoln with secession.

The truth is that the Democratic resistance to Trump has been filled with lies, hyperbole and abuses of power at the Justice Department and FBI, as well as in the House.

Democrats deserve no sympathy from anyone for their poorly executed effort to weaken President Trump to the greatest extent possible, putting partisanship over patriotism. They have only themselves – not Republicans – to blame for their abysmal failure to assemble a convincing case for the president’s impeachment.