Americans who want to make knitting great again are no longer welcome on Ravelry, a popular online community for knitting and crochet.

"We are banning support of Donald Trump and his administration on Ravelry," read an announcement on their website. "We cannot provide a space that is inclusive of all and also allow support for open white supremacy."

Ravelry is an online knitting community with 8 million members, according to Business Insider.

They are banning all forum posts, projects, patterns and profiles that “constitute support for Trump or his administration.” 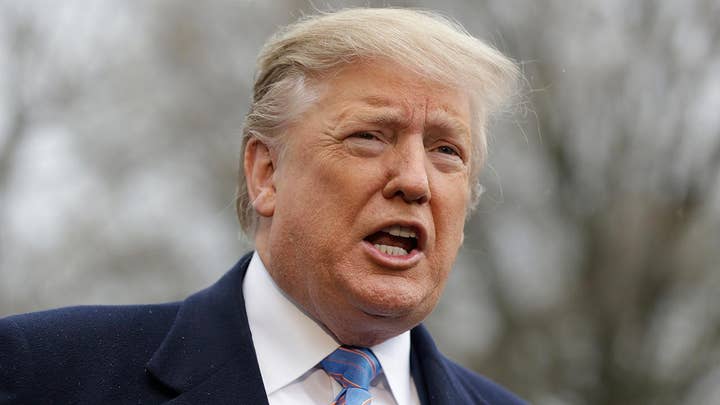 Ravelry did not provide any specific reasons for the ban -- so it's not exactly clear what got their yarn ball in a tangle.

Click here to pre-order Todd’s upcoming book, “Culture Jihad: How to Stop the Left From Killing a Nation.”

"Support of the Trump administration is undeniably support for white supremacy," Ravelry declared.

While pro-Trump patterns and projects may be banned from Ravelry, there plenty of patterns for Obama hats and mittens -- not to mention pink hats galore.

Anyone know how to crochet the word, "double-standard"?

Ravelry is calling on its merry band of knitters to help root out the conservatives who might be lurking in their online community. It's sort of like fascists ratting out their neighbors to the government.

However, knitters who keep quiet about their Trump support will still be permitted to needle around the website.

"You can still participate if you do in fact support the administration, you just can't talk about it here," Ravelry announced.

Oh, I see. Ravelry has a don't ask, don't tell policy. How tolerant.

"We are definitely not banning conservative politics," they noted. "Hate groups and intolerance are different from other types of political positions."

Conservative knitters, as you might imagine, are a bit dumbfounded by Ravelry's announcement.

"I am very disappointed, and was frankly in shock [about] what I was reading this morning," one reader wrote on Facebook. "This is a knit and crochet group. Why did you just divide it like that? You preach acceptance and tolerance in your mission statement, then do just the opposite."

"So basically they are saying you can have an opinion but only if it jives with our opinion. Double standard much? I’m not on Ravelry but if I was I think I’d say good riddance. I’m not saying I think Trump is perfect, but freedom of speech as long as it is not threatening anyone or endangering a life is a constitutional amendment the last I checked," wrote another.

Let not your heart be troubled, knitters. I'm certain there is another online community that will be more than glad to welcome and affirm Trump supporters.

As one of my readers said, “I reckon Ravelry is not such a close-knit community after all.”