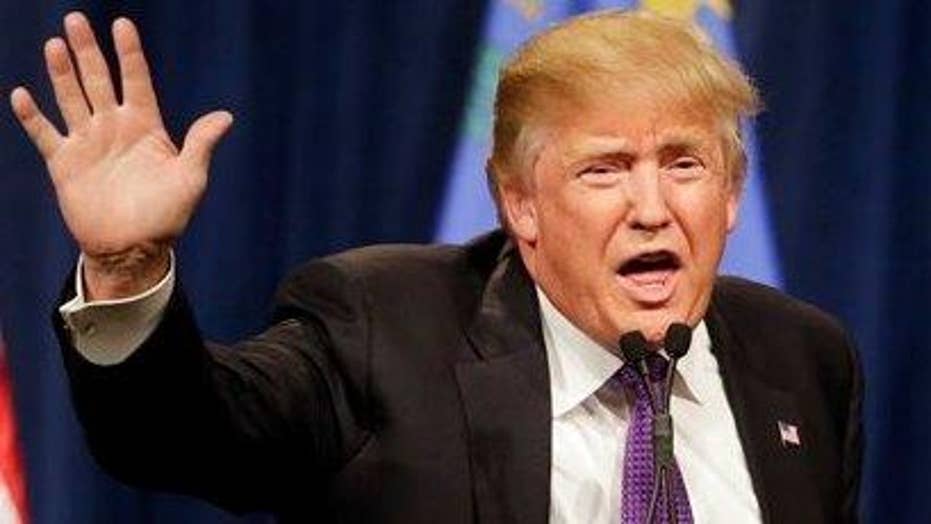 Trump wins big in Nevada ahead of Super Tuesday

After his overwhelming victories in New Hampshire, South Carolina and Nevada, Donald Trump now has a clear path to the GOP Presidential nomination. It's time to think big and unite the GOP.

First, I believe that Trump is our generation’s Reagan. Reagan was also lightly regarded, laughed at by liberals, the media and the GOP establishment, considered unelectable and an intellectual lightweight, and someone whose finger could never be allowed near the nuclear button -- until he won in two landslides and became a great president.

So here’s my advice for Trump moving forward.

It’s time for Donald Trump to act like Reagan, become presidential and unite the GOP.

It’s time to claim victory and start announcing the amazing “dream team” that this one-of-a-kind CEO will assemble to run the country and save the economy.

It’s time to praise the Republicans that Trump has been running against -- and bring all their supporters into the Trump tent.

It’s time to show the country and the world how a billionaire CEO assembles a dream team.

It’s time to dazzle the other half of the electorate that doesn’t understand the amazing talents of Donald Trump.

If Trump shows he can be presidential and assemble an All-Star GOP Dream Team, I believe he is the next president of the United States. So here goes. Here’s a list of potential candidates that could dazzle and excite both the GOP base and the general electorate.

Rubio brings youth, energy and great orator skills to the table. He can attract Latino voters, soften Trump’s harsh image with women and minorities, and campaign day and night in Florida- thereby guaranteeing victory in THE key state that any Republican Presidential candidate must win. Rubio has a fantastic conservative voting record- with the exception of one issue: immigration. But the Vice President has nothing to do with immigration. Only President Trump is in charge of immigration policy. Rubio is therefore quite an asset.

I’d make Dr. Ben the second most important member of the Trump Dream Team. His only job 24/7/365 will be to repeal & replace ObamaCare- as only the world’s most brilliant surgeon can. Dr. Ben will bring hope to millions of middle class Americans and small business owners (job creators) who have been badly hurt by ObamaCare, but also faith and confidence that the new option will work for everyone.

Homeland Security Chief: New Jersey Governor Chris Christie (if he can block a bridge, he can also seal the border)

Secretary of State: Mike Huckabee (everyone likes Mike -- he is the perfect person to travel the world making peace through strength)

Fed Chief: Ron Paul (wouldn’t it fun to torture the people at The Fed who have printed all that fake money and put us $19 trillion in debt)

Debt Czar: John Kasich (he was the architect the last time Congress balanced the budget)

Labor: Scott Walker (he fought the unions in Wisconsin and won against-all-odds)

Small Business Administration: Wayne Allyn Root (OK, I'm biased, but wouldn't it be nice for first time in history to have a real-life small businessman as the leader in charge of helping small business?)

*NOTE: I purposely left both Ted Cruz and Rand Paul in the Senate -- where they can do the most good…leading the battle in Congress to back President Trump’s fight to cut taxes, spending and debt, roll back regulations, and repeal ObamaCare.