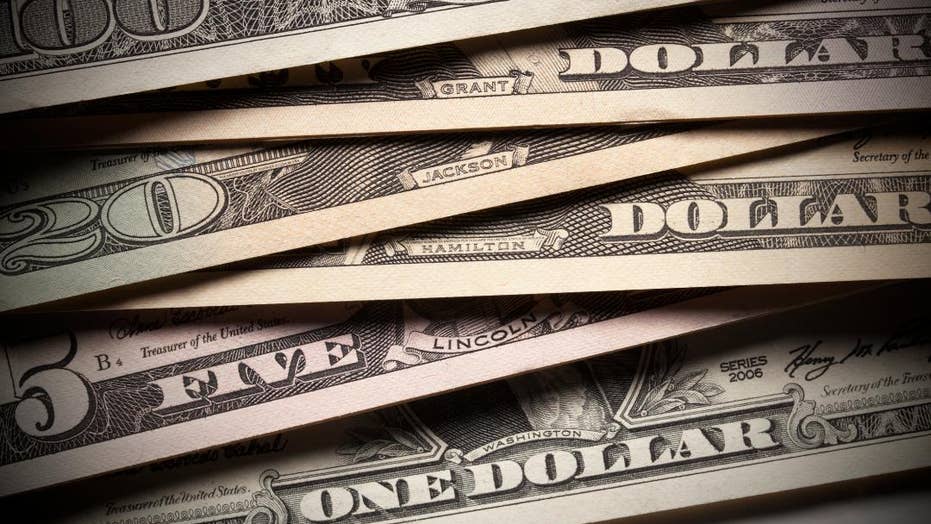 Congress’ new spending bill includes provisions on everything from gun violence to immigration, here are five facts you should know.

Congressional Republicans are jeopardizing the Second Amendment rights of 4.2 million senior citizens. At the same time, they have voted to funnel tens of millions of dollars to gun control organizations and support other actions that Democrats will love.

All of this is wrapped up in the giant $1.3 trillion spending bill that the House of Representatives approved Thursday on a 256-167 vote and sent to the Senate.

Just before President Obama left office, his administration finalized new regulations banning Social Security recipients from buying a gun if they have trouble managing their finances.

About 10 percent of all people 65 and older risked being classified as “financially incompetent” – about 4.2 million in all.

Using the Congressional Review Act, Republicans and two Democrats passed a bill overturning the regulation. But the bill did more than that. It also prevents any future president from reinstituting the ban without new legislative authorization from Congress.

Unfortunately, the spending bill passed Thursday allows the ban to be reinstituted because it reauthorizes the 2007 National Instant Criminal Background Check System (NICS) Improvement Amendments Act. This act allowed government agencies, not just the courts, to determine if someone is mentally incompetent to buy or possess a gun.

House Rules Committee Chairman Pete Sessions, R-Texas, said during testimony late Wednesday that he was “disturbed” that the bill would undo part of Republicans’ good work. But by Thursday morning, the House leadership had decided to go ahead with the measure.

Despite the name Fix-NICS, the bill is likely to cause more problems than it is worth.

Criminals are often dumb, but they are rarely so stupid as to buy a gun through a legal background check process. The people who get stopped are law-abiding citizens who simply have similar names to the criminals on the NICS list.

These “false positives” are a real problem. From 2006 to 2015, the National Instant Criminal Background Check System denied gun purchases by 826,144 people. But all those denials led to only 488 prosecutions in the whole 10-year period – fewer than 50 a year. Less than half of these ended in convictions.

This is an easy problem to fix. The government need only hold itself to the same standards it demands of companies performing background checks on their employees. But the problem isn’t being fixed, and so adding more names to NICS will only result in more false positives.

Democrats want to “fix” NICS, but they won’t even accede to Republican requests mandating the full, annual NICS reports that the Obama administration discontinued in 2010.

Another part of the spending bill provides $50 million for the STOP School Violence Act, which will provide schools with training in how to cope with attacks and how to identify violence-prone individuals. Despite President Trump’s push to encourage schools to arm teachers and staff, the bill expressly forbids schools from using any federal money to do just that.

Sandy Hook Promise designed the STOP School Violence Act, tailoring it to the contracts that will be given out. Unfortunately, Sandy Hook Promise advocates extreme gun control measures and promotes such measures to teachers and students.

Why should tax dollars from National Rifle Association members and other supporters of our Second Amendment right to keep and bear arms be used to fund organizations that teach children and teachers that gun ownership is bad?

Another part of the spending bill authorizes the Centers for Disease Control and Prevention (CDC) to do research on “gun violence.”

But despite all of the claims by gun control advocates, the CDC was never banned from doing such research. In 1996, Arkansas Republican Rep. Jay Dickey placed a provision in the CDC budget stating: “None of the funds made available in this title may be used, in whole or in part, to advocate or promote gun control.”(Italics added).

Democrats are already claiming the gutting of this provision as a major victory. But either Democrats have never read the Dickey provision or they’ve been intentionally misleading people. In fact, the Obama administration funded gun violence research anyway through the CDC and other agencies. There was no reduction in gun control research after the Dickey provision.

It is bad enough that the government can’t keep politics out of its decisions about what research to fund.  But what possible justification could there be for letting government agencies use federal tax dollars to “advocate or promote gun control?”

Republicans can’t get anything on gun control through the Senate without 60 votes. With Sen. John McCain, R-Ariz., absent for months to receive cancer treatments, that means nothing can pass the Senate without the votes of 10 Democrats.

Republicans who value the Second Amendment have given up a lot. The millions of Americans who believe in the amendment and who believe in our right to self-defense and to defend our families now have reason to be concerned.